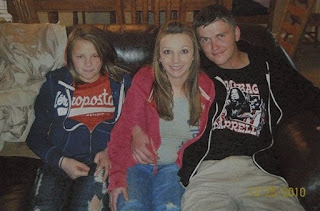 The Abduction of Carlie Brucia can be found here:

It is a site that Billie Jean Dunn said she had been reading, telling Nancy Grace that it was the one in which she, Grace, was associated with. 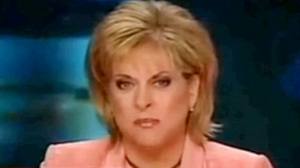 At this site is the story of "Carlie Brucia" who was abducted.  Did Billie Jean Dunn get her story from this site?  Carlie was about the same age as Hailey.  She was abducted and murdered.  From the story (page 2) we have a description that may have been used by Billie Dunn:

"She was walking home after a sleepover with friends at the home of Connie Arnold, at Bee Ridge and Lalani Boulevard.
She phoned her mother from the Arnold house at 6 p.m. to say that she was leaving to walk home.
The trip of just under a mile along the tree-lined Bee Ridge Road should have taken 15 or 20 minutes.
When she hadn't shown up by 6:30, her stepfather, Steven Kansler, called the Arnold home, then went looking for Carlie.
The girl had been missing just 10 minutes before her mother called 911.
Schorpen assumed authorities would immediately issue an Amber Alert for her daughter, to place the entire community on the lookout for the girl.
She was wrong."
Statement Analysis of Billie Dunn's appearance on Nancy Grace Show indicate that the story that she gave was both deceptive, and that she was not using Shawn Adkins' story; that is, she did not enter into his language.

Repeating a lie will not show "deception indicated" as deception is an act of a person's will.  Analysis of Dunn's account showed that she was deliberately being deceptive.

Did Billie Dunn lift this story?  We know the story of the sleep over is a fake, from analysis.  We also know that even lies do not come from a void, but come from somewhere.

Is this the place where Dunn got the fake story?
Peter Hyatt as Statement Analysis Blog at 8:07 AM

Peter--have you seen the article on Gawker.com that defends pedophilia as a "sexual orientation?"

Yes it does doesn't it John.
It's going to take a bit of time to get used to posting on both sites. Thank goodness for copy paste hehe.

Omg my heads dizzy already going back and forth,Hobs is SA1 getting faded out.?

Because that is so annoying..

I know,i will stop moaning soon,me dont like change..

Laura, the GSA is something you will hear a lot of in the next 4 years.

The door is open.

I guess i am used to room changes on an almost daily basis due to my work :)

Peter,
Did u kick me off?

Moving Day can be crazy. What say we all pitch in for pizza for Peter and Heather?
I vote no anchovies. Hobs?

Ditto. No anchovies, extra cheese is a must though.

It's interesting that Billie's "story" of what happened to Hailey is the same premise as Carlie Brucia. With each re-telling of what happened the day Hailey went missing, details are changed. Billie first said on the Monday, Hailey told Shawn she was going to her dad's and then to Maribeths. That is the same night that Shawn picked Billie up from work and they went to the ATM, withdrew money, bought narcotics went home to bed. And, Billie says she wasn't worried that she hadn't heard from Hailey.

A subsequent time of re-telling, she added that she went to the store for food items, her mothers and when she was getting ready for bed, her son David came in and told her he didn't like Hailey staying at Maribeth's because of the boyfriend. Interesting, because according to Maribeth's mother, Hailey had never stayed overnight, ever.

Another version in this story is that Billie later added that she "told" Hailey she was not to leave the house on that Monday. That was s surprise. If a mother told their daughter or son not to leave the house, wouldn't they be on the phone or driving to the location they had gone and make them get home?? Instead, the earlier version was "I wasn't worried".

The other item mentioned on fb the other night while Shawn and Billie Jean were throwing out insults was from Shawn saying "Should I mention the miscarriage?" Bille Jean responded that she didn't care because she's had her tubes tied for 8 (or 11 I don't recall exactly) years and she wasn't pregnant. What in the heck did that mean?

Sounds like something a man would say if he was being accused of impregnating someone (it's not mine, I had a vasectomy). Instead maybe in their case, SA took a missed/late period to mean BJD was fooling around on him. (If they *were* having sex, the thought wouldn't have entered his mind.)

GSA has nothing to do with pedophilia. It is adults who are related, who do not meet until adulthood.

Boston Lady, your mention of Shawn's comment to Billie,"should I mention the miscarriage", reminded me of Billie, addressing Hailey some time ago, "you're the only baby I ever wanted". I too recall Billie possessing silver nitrate sticks.

Bostonlady-
You said:
"Now Billie has broken up with Shawn Adkins (so she tells us) and she is saying she should have never believed Shawn's story about Hailey going to Maribeth's that day. She doesn't believe it now because he's lied to her so much. Except, Billie has said that she doesn't know what to believe with Shawn all along."

Where did you get that quote? I missed it.
Regards,
Local anonymous

OT- I watched 20/20 episode on Hanna Overton, I would love your take on it Peter. TY. (I know what I think happened, but not sure I'm getting right.)

Where did you read about BJD no longer believing Shawn bc he had lied to her so much. I had read they had broken up but that's all the article I read said.

Bille is def still with shawn. her is a recent post on fb.

Billie DunnDenise Browning
September 8, 2011 at 5:48pm via Virgin Mobile USA ·
Hey,just realized this was u! Give my baby girl a big kiss Frm me & uncle shawn.

Billie Dunn We will prob be there this wkend. David has a fight. I up loaded some pics of Gracie on my fb. Shes precious.
September 8, 2011 at 6:06pm

Denise Browning She will excited to see yall.. And I will go on and see them soon as Im done feeding her lol
September 8, 2011 at 6:07pm via mobile

Billie Dunn Is there a place where we can get a cheep rm in Snyder,not skanky tho,that u know of?
September 8, 2011 at 6:31pm

Denise Browning Lol heck yeah looks like Momma is starving the baby! She fell asleep eating her apple sauce though lol
September 8, 2011 at 6:38pm via mobile

Denise Browning I stayed at purple sage one night when we were having a last day of summer thing for all the kids they were 68 a night and had 2 queen beds and a nice bathroom
September 8, 2011 at 6:38pm

Great Crime Wire segment, Peter. I thought I knew alot about this case but learned some new things. Bravo for your presentation.

yes, i tried to stop the "it's ok to be gay because they were born that way" so in likeness pedos should be allowed to do their thing. and people who were born to kill fags should be given all the help they need. jmo

you posted this twice. dont you read? idiot!