Reliability of Articles in Analysis 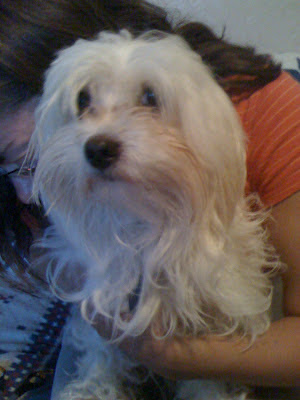 With pronouns being the single highest reliable indicator in analysis, articles are a close second.

They follow rules and if the rules are broken, we have sensitivity indicators that are not difficult to discern for deception.

"I was followed by a man.  The man walked behind me for a few blocks."

Once a man is introduced, he becomes "the" man, having previously been identified.

Scams abound but are often foiled by the use of articles.

"The man asked me for cash."  If the man has not yet been introduced, the use of the word "the" indicates knowledge of the man.  In this sentence, the "man" did not demand the "money" but "asked" for "cash"; as if polite.  This statement from someone carrying cash, receipts and checks to the bank is a common give away:  no demand, and no demand for money, as if the "man" knew that there was more than just one form of currency.

A man receives a phone call at work telling him his house is on fire.
Peter Hyatt as Statement Analysis Blog at 7:36 AM

Peter,when i text a family member or friend it is rare for me to use the first person pronoun I.

I know i am not distancing myself from them and i know have been were i have said i have been.

So how does SA work when it comes to dropped pronouns in text messaging.??

I know i am taking ownership of my words because i know it is true and dropping my pronouns in a text is usually the norm with me and so many friends and family..

I believe in that case, what you look for is a pattern. If the pronouns are consistently dropped, then there is no sensitivity. If however, you write,
"went to the shops, had coffe, I ate a donut, will be back soon. Then there is sensitivity." - PS-when you had coffee, was someone with you? -- that's usually an indicator that you were doing something social, particularly when you find it important to mention it.
Have a great day John.


GRACE: And when you learned she had never come home, what did you do?

B. DUNN: I left work, STOPPED BY THE HOUSE FIRST, TO MAKE SURE SHE hadn`t got there, went by a couple of her friends` houses and went to the police station. January 17, 2011http://seamusoriley.blogspot.com/2011/12/hailey-dunn-case-and-nancy-grace-show_5614.html

My sister in law gave me a ride home from Snyder to Colorado City, I STOPPED AT THE HOUSE FIRST TO MAKE SURE Hailey hadn’t come back home. Grabbed my cell phone, started texting Hailey’s friends, while my sister-in-law to me around to a couple of their houses, before going to the police station.
BJD Jan 31,2011 “ News Conference”

The way this is worded, “…stopped by the house first to make sure…”, means she’s checking on the house.