Merry Christmas from the Hyatts 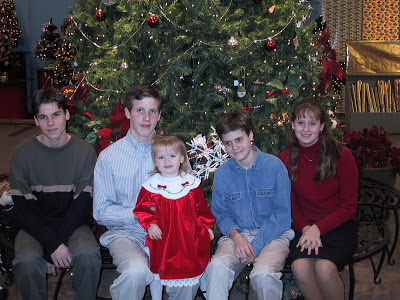 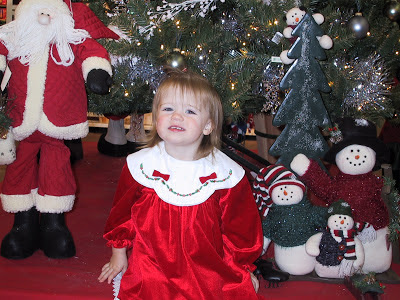 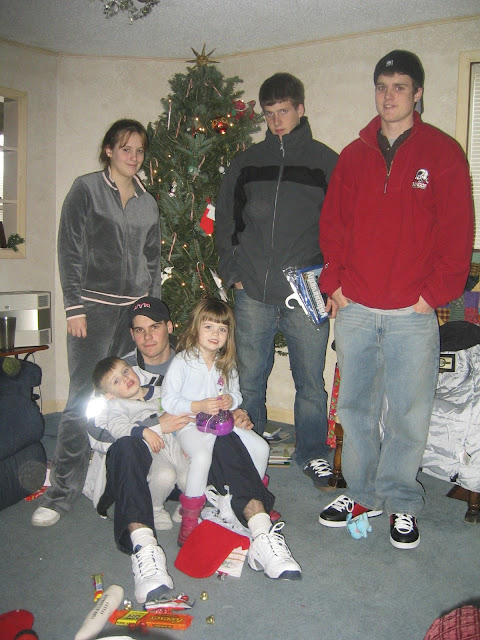 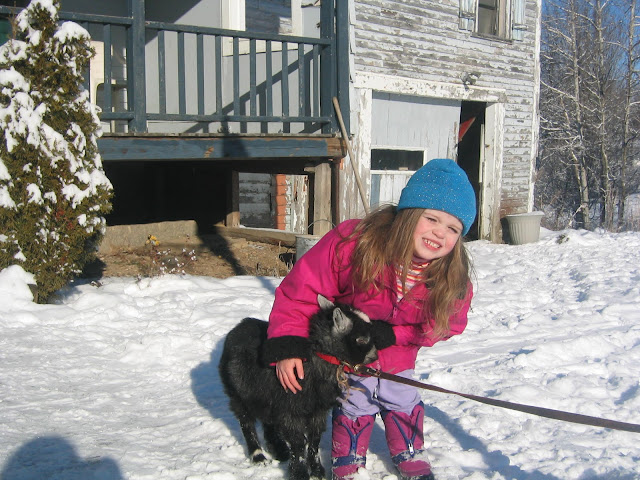 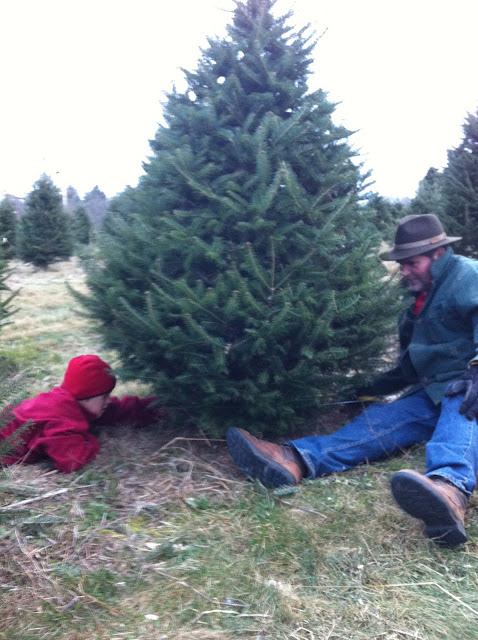 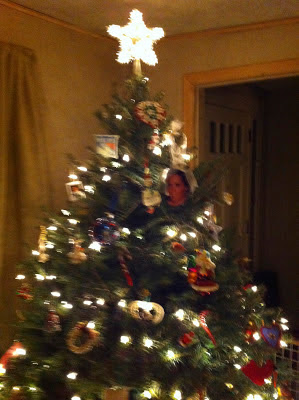 Merry Christmas Peter and family have a wonderful day. John,Siobhan..

From my family to yours Merry Christmas! We hope you have a happy and healthy New Year!

Thank you for sharing your family with us today.

Merry Christmas to you and your family from Melbourne Australia. Boxing Day now here but had a lovely day with friends and family.

Your pieces continue to shine and make me see.

Enjoy your holidays with your loved ones!

Merry Christmas to you and your family, Peter!

Thank you for all you do.

Merry Christmas to the Hyatt family, and to ALL, from the sunny shores of Florida, USA.

May the love of our precious savior, whom we honor this day, be and abide with you all.

Merry Christmas Peter and your beautiful family. May you continue to shine on your blog. I wish you the best in the New Year. Pat S

Merry Christmas Peter! Your family is beautiful and the ? goat is cute :)

Merry Christmas and a happy new year to all the Hyatts.
may the coming year be all you wish for.

Merry Christmas to all the commentators, lurkers and yes even the trolls.
May the comong year be all you wish for.

To all a safe, peaceful and prosperous 2013.

May you succeed in all you do even if it is only managing to open one of those fiddly flimsy liitle plastic bags used for putting your selected veggies in, finding the end of the sticky tape and peeling it back in one piece, opening a carton of milk/juice/liquid that stains without spilling half of it or finding a matching pair of socks in the washer.

Continue learning, laugh often and loudly, compliment loved ones and strangers and live life to the full.


Disgraced former Penn State coach Jerry Sandusky says he's trying to 'learn and grow' in prison and bemoans his trial lacked 'justice and fairness' in a newly-revealed handwritten letter.
Sandusky, 68, has been sitting in the Pennsylvania jail cell since he was convicted of 45 counts of sexually abusing 10 boys over a period of 15 years while he served as the college football team's defensive coordinator.
It was revealed during the widely-watched case that he met and groomed his victims through his charity, The Second Mile.

The letter, scrawled on both sides of a thin scrap of paper, is dated December 18 and addressed to The Citizens' Voice reporter Michael Sisak.
Sandusky opens the letter with an apology for the odd paper.
He writes: 'Please excuse the paper and informality. I’ve had some problems with commissary which has delayed my response and created a paper problem.'

Sandusky thanks Sisak for his interview request and says that although he 'has a lot to say,' he has been advised against it while he focuses on his appeal.

But he goes on to explain his problems with his trial, explaining that it was conducted without 'justice and fairness' and how he is now trying to 'learn and grow' from his 'struggles.'


Jaileed: Sandusky says in the letter that he is focused on his appeal and is looking to learn and grow from his 'struggles'
Sandusky closes with a list of his goals that he 'mentally' tells himself. The first letter of each line spells out the word ENDURE.

Earlier this month, it was revealed that Sandusky lives under tight restrictions in prison for his own safety, and housed outside of the general population

He is on hard routine after he asked for more prison privileges and then received threats from inmates.
'He is being housed in the appropriate facility in order to assure his safety,' said Susan McNaughton, press secretary for the Pennsylvania state Department of Corrections.
She responded to questions from Reuters after one of Sandusky's lawyers complained that his client was confined to his cell 23 hours a day.
Sandusky's attorney, Karl Rominger, said that his client is 'being treated like the worst of the worst in the state prison system in terms of his daily routine.'

He said Sandusky is treated like extremely violent offenders, or those on death row.
He was sentenced to 30 to 60 years in prison.
The scandal sparked a national debate over child sex abuse, embarrassed the university and implicated a number of its top officials including legendary football head coach, the late Joe Paterno.
There has been speculation that Sandusky would be threatened by other inmates in prison if he was given more privileges.
Sandusky, who has maintained his innocence, is in a 1,800-inmate maximum security prison that serves as death row for the state.
Rominger said he would like to see Sandusky transferred to a less restrictive prison that houses inmates who are less violent

Michael,
Please excuse the paper and informality. I’ve had some problems with commissary which has delayed my response and created a paper problem.
I appreciate your interest in interviewing me. At this time there is much I would like to say. However, because of appeals, etc., I have been advised against it. It would also take some time here to make that possible.
Our position in this could change in the future. Right now, our focus is on appeal. There is much to learn, issues and information, not presented. Nobody, who caused the case and reported it had the time or took the time to study the allegations, the accusers, the inconsistency and the methods. Justice and fairness were not a focus.
If you want, stay in touch as this evolves. In the meantime, I’m trying to learn from, grow from and endure the struggles and circumstances. I talk to myself (only mentally) with a goal - mostly follow:
E - Embrace each day as a gift.
N - Never surrender except to God.
D - Don't let your situation get the best of you.
U - Understand God's purpose and presence.
R - Remain as positive as possible.
E - Exercise your mind, body and spirit.
Jerry Sandusky


What is blindingly obviously missing from this letter is a strong first person singular, past tens event specific relaiable denial.

He blames everone else for the allegations, the trial and the verdict yet not once does he say i didn't sexually molest any child.

He can't say it because lying is stressful.

Instead he is trying to do from jail what he did on campus which is emotionaly abuse his victims, blame them, defame them and if that doesn't work next in line will be his lawyers who didn't do their jobs despite what he was paying them, then he will blame the media for poisoning the jury, eventually he will blame his wife for refuing him, the dog who wouldn't walk to heel and peed on his car tire and a small fluffy cloud that passed overhead depriving him of a fraction of a microseconds worth of vit d production and as a result his brain was damaged blah blah blah.

Merry Xmas mr!! Hyatt and Family !!! Thanks again for keeping Hailey name out there !!! So many people love her and want justice for Hailey!!!!! So sad an anthor holiday she misses!!!! Peter can we get a arrest soon by FBI TR!!!!! Justice for Hailey!!!!;( today a sad day cause pilly bille and Shawn won't fess up!!! We all the truth !!!!

Merry Christmas, everyone!
May the New Year find you blessed with joy and contentment..

Merry Christmas to you and your beautiful family ! God bless.

Merry Christmas Peter and family. I love your articles, even though I have yet to master the art of Statement Analysis, but I keep trying and studying. Anyway, as we come to the end of another year of unanswered questions on the many high-profile cases, I pray for some new evidence to come forth that will bring justice to the innocent victims of crime.

Happy and Healthy New Year to all and let's stay optimistic for justice.

Thank you Peter and Heather for all you do. All the best to you and yours in 2013.

At the Maine annual hide and seek winter championships there was an epic fail when the two finalists hid behind the same tree.

After 5 rounds in the freestyle pine wrestling competion 2012, Phil Needledrop won by 2 falls and a submission.

F--k Sandusky and his ENDURE letter and his lack of writing paper. Got plenty of time now to reflect back on all the little boys he raped which was likely 450 counts rather than a mere 45 counts of the pitiful 10 boys who finally spoke up vs the many years and young men who were too shamed and tormented to speak up. But has he? Hell no. Now THERE'S something he could have been thankful for at Christmas.

I hope prison guards make his life a living hell, maybe hand him a way to kill himself or some day makes it easy for the prison gang to find a way to get at him. Unaccounted for 'accidents' do happen in prison. Maybe the POS will meet up with one.

His endure to the end whiney wife could have trotted her lazy fat butt and deaf ears out to his new abode and taken him some decent paper for chritmas. What better way to spend her permanently 'stand-by-your-man' forever idle time? SO funny, she is now a prison wife vs being a socialite hi-society wife. I wonder what she's living on now, just his SS benefits, or what?

I hope she is laughed at every time she faces the prison bunch with her 'didn't see nothin', didn't hear nothin', didn't suspect nothin' lies of his rapes going on right under her stupid nose when she totally ignored the screams of young boys begging for help.

If she ever gets another chance to marry again; maybe next time she'll listen up to what is going on in her own home, and all her hubby's missing hours, and unexplained trips with young boys. Happy New Year to the Mrs!

What a beautiful family. God has really blessed you and Heather.

Thanks so much for all you do in the name of justice.

Wishing you and all here a very happy,healthy 2013.

Hobnob
Great comment! Sandusky is a disgrace. Another self-centered criminal who blames everyone else. It's all about him. I do take issue with him including God in his rant. If he is interested in God's purpose he should start with facing what he did was sin. Plain and simple just like murder,he did in fact murder their innocence.
Just JMHO of course.

Only 363 sleeps till Santa

Not only that, Anon @ 1:41 PM, 12/26, with Sandusky bringing God into his rant; he is a fool if he thinks God turned a blind eye or sanctioned what he did to those little boys and is now on his side and standing beside him. So that he is; a fool.

There comes a time when God will give the evil man/woman over to a reprobate mind, turns His back on them and will no longer hear their cries. I don't think Sandusky could find God even if he wanted too. Did he have mercy on the little boys he abused, raped, debased; did he listen to their cries and pleas?

Sandusky awaits his final judgement; as do all the others who have abused, raped, mutilated or murdered little children in mind, spirit, body and soul. "Better that a millstone be hanged about their neck than to offend one of these my little ones". They can call on God all they want too but He will not hear; they will have no escape from their eternal punishment.

Not only that, but there will be no one there to place a drop of cool water on their scorched tongue as they beg for mercy.