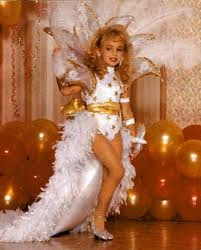 “No charges have been filed,” former District Attorney Alex Hunter said at the time. “I and my prosecution task force believe we do not have sufficient evidence to warrant a filing of charges against anyone who has been investigated at this time.”


He did not say what the Grand Jury decided.

When this was announced, it was assumed that the Grand Jury had heard all the evidence possible and voted to not indict John and Patsy Ramsey.

This surprised crime watchers. I do not recall a single publication anywhere that questioned what the Grand Jury voted; only questioning how, possibly, could they not have indicted the Ramseys.

This was the common debate:

How could they not have indicted the Ramseys?

Now we know differently and why  it is that we need to carefully listen to what someone says, and not interpret.

Alex Hunter never said that they voted not to indict.  Listen to his words.  Just prior to the above quote, he said that the Grand Jury had met and had finished its work.

The Grand Jury was also able to ask questions.

They could see if the parents, for example, had need to plead the 5th admenment against self- incrimination.

They could see handwriting analysis of the ransom note that pointed to Patsy Ramsey.

They could hear evidence about child abuse, perhaps sexual abuse, including urinary tract infections, bed wetting, and a presentation of sexualized poses, costumes and make up of the little girl.

They heard it all and voted to indict John and Patsy Ramsey.

Steve Thomas, the lead detective, knew this all along, yet was hounded by the Ramseys, who were empowered by the cowardice of Alex Hunter (and later Mary Lacy) and with a team of lawyers, sued him.

Creepy little Jeff Shapiro befriended Hunter and was a tool of the DA's office in helping to disseminate disinformation that sought to sabotage police efforts.

In the end, the sabotage worked to pervert justice for the murdered child, who's parents conspired together in putting together a crime scene straight out of the books and videos found in their home.


Peter Hyatt as Statement Analysis Blog at 6:50 AM

In the words of Tricia Griffith from Trisha's True Crime radio on blogtalk radio http://www.blogtalkradio.com/websleuths (sorry, shameless plug :})
Burke need to grow some and come forward with anything he can remember about the night his sister died!

Are the people on the Grand Jury not allowed to speak about the cases they hear? I was wondering after all these years why none of them have spoken out.

Gambler777, there are alot of rules:
http://www.law.cornell.edu/rules/frcrmp/rule_6
I've testified before a grand jury, these rules weren't presented to me.

How does this stuff always seem to happen.

Why is it that money gives you power.

While it is very brutal and I do not like violence... My husband was able to get me to watch saying that this was the best case of revenge hes ever seen.

A new sheriff (hes not a real shefiff, just took on the identity of the new one that was killed the night before he started in a bar fight) while a former criminal clearly has views about protecting people from wrong.

The short version of the story the night I watched it...

Woman was raped by a famous RICH figher who was in town (think he was a boxer but missed the first part). This fighter ended up brutally beating her after a night of sex got too agressive and he began to hurt her. She asked him to stop and he instead beat her. She could barely walk and was hopsitalzied.

The sheriff went to arrest him and comments were made by this fighters "people" that he would not ever be charged for that.

So we know now a couple of things. This has likly happened before and he has gotten away with it. Cause of this money and power.

Well, the sheriff walked over to the fighter, went to arrest him despite all those protesting against him (still angers me how often the criminal is protected)... Instead punched him in the face starting a full on fight. Now he got it pretty bad himself, but ultimatly won the fight.

Now as I was beginining to think that he would later be sued by the fighter... And probably just angered him more.

The sheriff stumbled over to the fighter laying on the ground and broke his arms and hands.

And the look on the sheriffs face..... he seemed to be pleased.

It hit me then. He did it on purpose. He just took away the fighters "power"

He didnt just take him down that night. But forever took him down.

His power and money came from fighting. He just lost this.

This guy will not be able to continue this path of violence. He may commit violence again, but will likly be held accountable.

I will be honest. I found this ending very exciting.

Every day power/money allows evil to continue to be evil.

Evil should be held accountable.

It is not in most cases such as this. Cases where people have no money and power too yes, but most offen those cases are like this.

I wish we lived in a world where people were held accountable.

We can only hope more people learn to look at the signs and put aside social status. And well with Statement analysis, listen to the words.

I think Alex Hunter should be investigated. I would not be surprised to find out that he was "paid" for that decision not to proceed.

But what I also think, if he did as I think that he should be held accountable. To cover for parents that I believe killed their own child after years of abuse....

What kind of a human being could live with that!

I know I never could.

To me you are saying it is ok to possibly have raped and killed your child.

You are just as guilty.

Patsy died of cancer. So I feel somewhat with her that Justice was servec. But Jon Ramsey appears to be living a great life with his new young wife that looks like his little girl would have.

Not a care in the world. That is not right.

And I hope that after Alex is brought down, that Jon is then prosocuted.

Its about time Jon Benet gets justice.