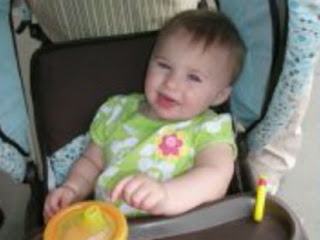 Justin DiPietro, father of Baby Ayla, was not the first father to take a life insurance policy out against a healthy toddler before the toddler's death, and he, sadly, won't be the last.  He is, however, unprosecuted to date.  Here is another such father, from the AP.  Note some of the similarities, including the difficulty of the mother believing the father capable of such a thing, and the unexplained injuries.

MANASSAS, VA (WUSA) - A Manassas man has been arrested and charged with First Degree Murder for drowning his 15-month-old son, police said.
Joaquin Shadow Rams, 40, of 9073 Landgreen Street, was arrested at 11:40 a.m. Friday.
Rams' son, Prince McLeod, drowned to his death on October 20, 2012 while in his father's care.
Joaquin Shadow Rams was held at ADC without bond pending arraignment.
A man accused of drowning his 15-month-old son took out $560,000 worth of life insurance policies on the boy before the toddler's death, according to documents released Monday.
Joaquin Shadow Rams, 40, was charged Friday with first-degree murder in the Oct. 21 death of his son, Prince McLeod Rams.
Rams appeared before a Prince William Juvenile and Domestic Relations Court judge on Monday to formally hear the charges. A preliminary hearing has been scheduled for March 6.
Prince's mother, Hera McLeod, an intelligence analyst and former reality TV show contestant with her father, started a blog, "Cappucino Queen," after her son's death.
"I would be lying if I said I couldn't remember a time when I looked at this monster and believed he was a good man," she wrote Sunday about Rams. "Now, however, I look at this mug shot and I see the devil himself."
Rams started his own blog, "King Latte," to defend himself.
"I am angry at the death threats I have received 'anonymously' forcing me to constantly look over my shoulder as I go about the business of my life," he wrote before his arrest.
McLeod, of Gaithersburg, had left Rams two weeks after Prince's birth. She tried to get a Montgomery County judge to prevent Rams from having unsupervised visits with Prince, but was unsuccessful.
During a custody hearing in March 2012, detectives testified that Rams was a suspect in the still unsolved 2003 killing of his former girlfriend, Shawn K. Mason.
The judge awarded Prince's custody to Hera McLeod, but allowed Rams unsupervised visits with his son.
Prince died during a court-ordered, unsupervised visit with his father, who had taken multiple life insurance policies out on his son. The medical examiner determined that the boy had drowned.
According to documents released Monday, Rams told investigators that his son was suffering a seizure so he put the baby in an ice bath.
Prince had a history of seizures, according to the report, but the medical examiner could not find any evidence that Prince suffered a seizure before he drowned.
The medical examiner said Prince had "unexplainable injuries," including blood in his nose and bruises on his forehead.
The circumstances around the toddler's death last year prompted Manassas police to see whether Rams played a role in the death of Mason.
The 22-year-old Manassas woman was found shot in the head in the bedroom of her condominium on March 20, after Rams -- her ex-boyfriend -- reportedly was seen trying to break into the residence.
Rams told police he was trying to check on Mason because he could not reach her.
A medical examiner determined that she had died the previous day.
Sgt. Lowell Nevill, of the Manassas Police Department, said Monday that the Mason investigation remains ongoing.

Peter Hyatt as Statement Analysis Blog at 4:05 AM

IMO it is unethical to purchase or sell big amount life insurance policies against children. Toddlers shouldn't take care of their parents' financials for the future in case of their death. It should not be allowed by law.

If it is allowed, and welcomed, law should protect the children, it should be red flagged after an amount. CPS should be informed of such contracts and the other parent should be as well.

Who would think a child is safe with a person who bought over half million dollar worth of life insurance policy against the child?

I wonder why isn't it controlled by law to start with? There should be a total amount limit for the safety and rights of the children.

I can not imagine taking out a life insurance policy on my child.

And especially for a parent that does not have full custody of the child.

I guess I just cant imagine thinking of my child being passed.

And a half a million dollars.

I can almost understand the concept that losing your child would emotionally devesate you and you would be unable to function, work etc and that may be the only way a bill would ever get paid again.

But a half a million. That is such a red flag. I mean its not even like that guy has money and a bunch of expenses and him not being able to work would criple a whole family. Leave them all homeless.

To me that is so clear that has motive all over it.

And someone commented in another post that they dont understand how it was even allowed.

Outside just being used to pay basic bills given that I know me personally, I would be unable to care about anything ever again.... I dont see any reason for that to be allowed outside that.

I have never lost a child. I dont know what it would be like. But I feel like it would be enough that I could not go on. I sure as hell would not be thinking about cashing in on that loss.