Roger Clemens: No Hall of Fame 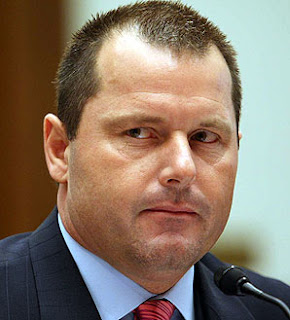 How interesting is it that no one was voted into this year's Hall of Fame?  Or that an average player received a single vote, likely intended to be a "protest" vote?

Baseball writers avoided anyone who was associated with steroids, including Roger Clemens, of whom Statement Analysis showed deception, yet was cleared of charges of lying.

Did he deny steroid use?

A Reliable Denial would include the pronoun, "I", the past tense verb ("didn't" or "did not") and address the allegation specifically.  If this formula is added to, or subtracted from, it is to be deemed an "Unreliable Denial."

Can Roger Clemens say, "I did not use steroids"?  We know the word "never" is not a reliable denial, as it allows for vagueness, over an undefined period of time.  We also see the principle of questions in a statement where no answers are sought.


Here is his now famous interview with Mike Wallace:

Clemens: It never happened. Never happened. If I have these needles and these steroids and all these drugs, where did I get them? Where's the person that gave them to me? Please come forward.

Please note that when a person asks a question without waiting for an answer, it may be that the subject is speaking to himself.  In this case, he asks about the location, source, and then adds in a specific request for the "person" (gender neutral) to come forward.  It may be that Clemens was thinking, and concerned, about this person coming forward.  He made the public request and the person did come forward.

"It never happened" violates the principles of the reliable denial and employs the deceptive technique used so often with the word "never."

To get even further, he repeats it (sensitive) but drops the pronoun, "it"; showing increased in distancing language.  (distancing himself from a strong denial).
Brian McNamee came forward, as requested, as the supplier of Roger Clemens.  Rather than deny steroid use, the tactic changed to attacking McNamee.

With illegal activities, there are always lies.  It is attendant and the very nature of illegal (or illicit) activity:  lies accompany.  This became the strategy for Clemens and his team:  discredit the messenger rather than deny the message.

Wallace: From the Mitchell Report, quote: "According to McNamee, from the time that McNamee injected Clemens with Winstrol, a steroid, through the end of the '98 season, Clemens' performance showed remarkable improvement. Clemens told McNamee that the steroids, quote, 'had a pretty good effect' on him. McNamee said that Clemens also was training harder and dieting better during this time."

Clemens avoids the reliable denial, and again uses "never".  "It" is non specific.
Wallace: I imagine he's (McNamee) watching the two of us right now. Wouldn't you?

Clemens: I hope he is.

Wallace: OK. Anything you want to tell him?

Note that he is the opportunity to challenge the facts about steroid use.  Instead, Clemens, avoiding the internal stress of lying, simply changes the topic to how he treated McNamee.

Clemens: My body never changed. If he's putting that stuff in my body, if what he's saying, which is totally false, if he's doing that to me, I should have a third ear coming out of my forehead, I should be pulling tractors with my teeth.

This also avoids making a reliable denial, instead seeks to ridicule steroid use.  This is a diversionary tactic.   Still note that "never" is not reliable, and we can assume that, indeed, his body did change.
Note also that Clemens allows for McNamee to be putting "that stuff in my body"; something that someone with no association might not allow for.  This may be an embedded confession and should lead the reader to wonder if McNamee, physically, injected Clemens.

Clemens: Why didn't I keep doing it if it was so good for me? Why didn't I break down? Why didn't my tendons turn to dust? That's all it's good for. It's a quick fix. I don't believe in it. I don't do it.

The open question here may also be Clemens speaking to himself?  Why didn't he keep doing it? As the muscles increase, the connecting tissues struggle to keep up, leaving the body prone to injury, in spite of the fact that HGH speeds recovery.
"I don't do it" is in the present tense, and likely, at the time of this interview, truthful.

Wallace: How about a lie-detector test?

This is a "yes or no" question:

He avoids giving an answer, making the question of him taking a lie detector "sensitive" to Clemens.

Wallace: So as far as you're concerned, you'd conceivably ...

Clemens: Yeah, I don't know if they're good or bad.

Wallace: If you were to pass a lie-detector test would that help prove that you're telling the truth and help restore ...

Clemens openly questions whether passing it would help.

Clemens: I don't know either.

Peter Hyatt as Statement Analysis Blog at 8:34 AM

The athlete's that train so hard, invest in their bodies, only to throw it all away. The game is no longer a sport. He who dies with the most sponsors wins.

Lance Armstrong, interview with Oprah, to air Jan 17, 2013. Thinking of this, his so called tell all to the public. Oprah giving him a prime time slot to share his truth. I searched to find if this would be a live audience or a sit down closed private interview.

Answer: Private, on his turf. Not in studio, the interview at his home. Interesting that it is at his house. He will or will not grand tour his house of trophies and ribbons, to show the world his lifetime achievements. A psychology tactic. Oprah will ask him to relive the moment when he won,...blah blah. Ego fed interview it will be.

In what may be the singular moment in OWN history -- which has been searching for one of those "singular" moments -- Lance Armstrong has agreed to what's billed as a "no-holds-barred" interview with the Queen of All Media, aka Oprah Winfrey.

The network will air the interview Jan. 17. This announcement comes after a New York Times piece in which "sources" said Armstrong was considering admitting to steroid usage during his career.

From the press release:

In the interview, Winfrey speaks with Armstrong at his home in Austin, Texas in the only interview since the seven-time Tour de France winner was stripped of his titles and dropped from millions of dollars in endorsement deals after the U.S. Anti-Doping Agency released an extensive report accusing the renown cyclist of doping throughout his career. Armstrong was given a lifetime ban on competing professionally. Late last year, Armstrong resigned as chairman of the foundation he created, Livestrong, which has raised hundreds of millions of dollars in the fight against cancer.

"If I have these needles and these steroids and all these drugs, where did I get them? Where's the person that gave them to me? Please come forward."

The amateur PR group; (designed to) "save Justin DiPietro from consequences at the sacrifice of justice for Ayla Reynolds Blog", is using this technique to glean evidence from the public. It kills three birds with one stone, perhaps more..... 1) It doesn't reveal truth (they think it doesn't anyway); 2)It manipulates by suggesting a deceptive theory as a truth; 3)Responses yield probability scenarios to spin in future statements.

Currently, Scarry Harry and Hidey Turd's lie spewing page is asking for alive Ayla sightings, that were, or were not, check out by LE.

They are working the defense angles. Running a big scam against truth...a pathetic attempt, IMO

Roger will find other weak-minded people to suckle off, they all do.

“The standards for earning election to the Hall of Fame have been very high ever since the rules were created in 1936,” Hall of Fame President Jeff Idelson said. “We realize the challenges voters are faced with in this era. The Hall of Fame has always entrusted the exclusive voting privilege to the baseball writers. We remain pleased with their role in evaluating candidates based on the criteria we provide.”

It sounds like the President of the Hall of Fame is pleased with what happened with the voting. Bonds, Clemens and Sosa should never get elected to the Hall, although Bonds and Clemens probably will at some point. None of the three have issued a reliable denial of doping and are guilty of using PED's. Their accomplishments are tainted and I hope the baseball writers stick to their guns on those three, and the rest of the cheaters that will become eligible.