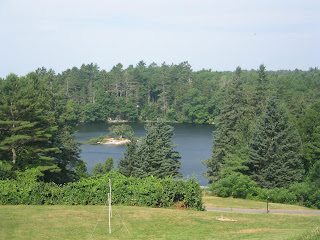 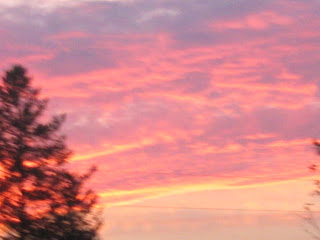 Every business faces its storms, and the storms are not always financial, but interpersonal.  Humans are complicated and there is a myriad of possibilities of disputes among them.

From our comments, here are some of the uses of Statement Analysis in business:


1.  Wholesale buying.
2.  Bill collecting
3.  Reading business prospectus or proposals
4.  Emails from management or ownership
5.  Human Resources disputes
6.  Sexual harassment lawsuits or disputes
7.  Bill collecting in everything from phone calls (on the fly) to rent collections
8.  Customer Complaints
9.  Ecclesiastical screening for pedophilia
10. Training of Managers and Supervisors to spot deception among their workers

there is something else:

Report writing is essential in business.  Owners and management need concisely written reports on whatever issue was pressing.

This can be anything from an internal investigation to a written report on why someone was not promoted.
In our lawsuit crazed world, this is essential.

Here is a sample of taking a written report, using analysis, and then reducing the report to the basic facts.  This is called:  Reduction.

Reduction is the process by which a written report has the author's 'fingerprints' wiped away.

A written report should be facts only, and without sensitivity indicators.  Let us assume that management has given you the assignment of investigating an allegation lodged by one employee against another.  You have interviewed both employees as well as any witnesses, and have reviewed any documentation, video, and so forth.  You must write a report on what you have found.  This is Investigatory Report Writing.

Perhaps a customer complained about treatment by a staff person and you do not have store video, and must rely on words only.

With Statement Analysis, you will know what happened, and must present this to the owner, or manager, so that the truth will be known.

What is Investigative Report Writing?

·       The purpose of writing an Investigative Report is to summarize the facts in a concise and orderly manner so that the reader can, after reading the summarized facts, understand the conclusion presented in the report.

·       Report Writing is about synthesizing information.   An Investigative Report should state that A, B, and C were reported, therefore Conclusion D was reached.

o   Redundancy is the norm.
o   We do not want literary language.  Adverbs give us additional information.  We ask ourselves while editing:
o    Is it needed?  Do we have the facts reported without the adverb?  Is the adverb persuasive, inflammatory, prejudicial, or editorial?
o   Change in language is noted only if the subject changed language.  We will view this in an exercise.
o   Do not interpret; report what was stated.
o   Use “stated” if a subject “stated”, use “answer” if the subject answered.  Misuse changes meaning.

·       These words all have specific meanings.  If you are simply searching for a change in language for the purpose of avoiding repetition, you are doing so at the expense of factual reporting, and may be changing the meaning.  Each word has its own meaning was a principle learned in analysis.  The rules of grammar remain the rules of grammar, especially now as we write out the facts.
For instance, if you write that a client or customer “indicated” a response, the word “indicated” must be accompanied with detail to tell the reader how this was “indicated” especially since the client may be non verbal.  If, however, you have used “indicated” instead of repeating “stated,” or “said”, you have changed the meaning.  Some clients cannot “state” but can “indicate” by pointing to a book, for example, or making a gesture, and here, in this example, the word “indicated” is appropriately used.  Our rule in listening is still the same:

·       When a report states “and she denied the allegation” the reader is left wondering how the allegation was presented, and how it is that she denied it.  Did she deny the conclusion (“I am innocent”) or did she deny the fact (“I didn’t do it.”).  We cannot tell from the way it is written.  When a report consistently states “denied”, it presupposes (to the reader) that the interviewer may have been accusatory in the questioning.  This is a common error found in reports.

·       A query is a line of questioning and not an appropriate substitute for “asked.”  “Offered” means that something was given without being asked.  It is to be used only if it is, indeed, what factually happened, and may prove significant as such. For some investigators, this warrants a change in writing style.  An Investigative Report is unique unto itself and must be reduced to a factual statement in which the conclusion suggests itself. A report that raises questions rather than answers them is not an Investigative Report.

·       “Confronted” is something that takes place normally in an interrogation.  We interview, not interrogate, and our written report is going to reflect this.

·       It is essential that the language we use in Report Writing reflects what took place in each interview.  It is a representation of reality. We do not interpret what was said, we write it down as it was said.

·       In our analysis, these additional words give us additional information, and are useful in guiding our interview and investigation, but in Report Writing, we flag these words as we did before, but now we flag them for removal.  Our report is not going to say “the client is very very happy” as in an attempt to persuade.

·       Here is a simple principle to follow:  Can a sentence retain its meaning without the additional words?  If so, the words should be examined for removal in an Investigative Report.  The shortest sentence is best.

Actual samples where information needed to be reduced from the report.
Peter Hyatt as Statement Analysis Blog at 7:06 AM