The Honest To God Truth 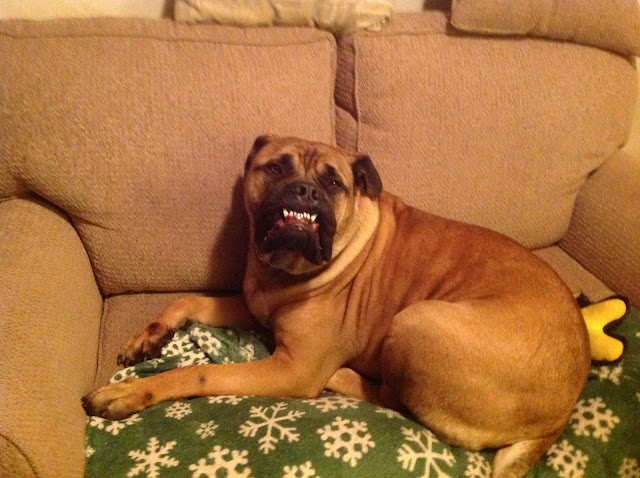 The Honest to God Truth


Not just the truth, but the "honest to God truth."

Statement Analysis teaches that those who use such phrases as "I swear to God", "Honest to God", and so forth, are, statistically, very deceptive people.

Not all deception is necessarily nefarious.  Who might be a "deceptive" person, without having criminal guilt?  I ask that you consider two groups:

1.  The people pleasers are those who are raised from childhood to report that "all is well" in life and present as if everything in life is perfect.  This may even be generational or cultural.

"How are you feeling today?"

A.  "I am well, thank you, and you?" may be an answer from a man who can barely walk as his wife just told him that she is leaving him.  His world is falling apart yet he says he is "well" by habit.

Did you ever notice in documentaries prisoners of the Nazis who sometimes smile for the camera?  Certainly there was nothing to smile about, but it shows a life long habit of putting on a happy face.

The man who is contemplating suicide due to his wife's announcement might continue, while at work for example, to put on a "brave face" and keep his issues to himself.

Passive - Aggressive people do the same.  They swallow their emotions, do what is asked of them, and secretly burn until they blow.  This is not healthy, just as the person who tramples the feelings of others under the banner of, "I tell it like it is!"   Persons like that need a filter and feel that just because something is true, does not mean it needs to be broadcast.  All might be true, but not expedient, or should be given in small dosages.  People literally emotionally abuse their own children by making their children into mini counselors.  No child should be the "glue" that holds a family together:  it is a recipe for a troubled life.  The adults are the glue, not the children.  They are those in need of glue.

It is not a call for someone to selfishly impose his suffering upon the world, it is merely an understanding that some have been taught to be deceptive, politely so, and take it to an extreme.  I have found that these are those who are often very strict about not lying, not cheating and not breaking laws, but take a long time in counseling to finally admit that something is very wrong in life.

By nature, they are polite, respectful, and hold back their opinions whenever they think another might be offended.  They are the polar opposite of the selfish one who thinks that all of their co-workers should hear out their tales of woe at any time, inconsiderate of the feelings of others.  These are two extremes.

The private person may say, "I'm going to be honest with you" indicating that they are not honest to others, yet this lack of honesty to others may be the simple withholding of information. They may not reveal, for example, their serious medical condition.

2.  Professionals who must respect the laws and principles of confidentiality are deceptive by virtue of not saying, or holding back information.  This becomes routine and is a necessary form of deception:  When asked questions they hold back much, in respect to their profession.

Teachers do this regularly.  Some would love to scream, "Why don't you get your butt off the couch, turn off the TV,  and teach your child to read?" but instead, have to find ways to withhold this blatantly true principle and gently get the parents more involved.

"How do I look, doctor?" after splurging no Gifford ice cream for weeks on end, the doctor is not going to tell me the truth as it enters his mind, looking at my waistline.  He will be 'deceptive' in that, his editing process will cause him to be gentle.

Yet it is also true that deceptive people use this phrase and if you follow the language, you will learn if it is a polite social deception.  If the person does not work in a "confidentiality mandated" vocation, you may also find that there is more than just social deception at play.

There are those who appear incapable of telling the truth.  They are deceptive about life; willing to deceive under pressure, with as much ease as they are to lie about small, insignificant details in life.

I share with you a comical moment in training of the past year.  I know the material is intellectually too much for some, as we had about a 10% fail out rate.  Some were incapable of grasping the material, and/or handling the pace.  It happens.  Yet there is also a small element where someone is confronted, personally, by something in Statement Analysis, that is offensive personally.

I came to the 2nd day of training and was feeling fatigued at the sheer volume of material pushed into Day One.  Persuasion itself, is exhausting, but particularly so when it is for hours and hours when the material is, intellectually, challenging.

On Day Two, I introduced the phrases, "swear to God, honest to God..." and so on.  We had seen enough samples where the subject used these phrases and was deceptively guilty of the allegation.  When enough samples are used, it begins to sink in.

"Not so!" said one investigator.

'Uh oh, here we go', I thought.  I had tripped the panic wire for someone's emotions.

In statement analysis there is that "but, I" moment for investigators.  They see the statistics, and they see the successful analysis getting to the truth, but then then faced with that personal moment where statement analysis uncovers a deceptive portion of their own language.   It happens to most of us and it means, ego-centrical denial of principle, just because "I" am offended, or...

continue to grow in life; live and learn.

"I object to this 'swear to God' part because my sister and I live by this rule and have lived this way for 40 years.  If we say 'swear to God' to each other, we are not allowed to lie!  We have to tell the truth!"

My response was to be silent to her challenge and soon, most of the class began to chuckle, as her denial of the principle asserted the truthfulness of it.  The silence was instructive.

Finally, someone said to her, "well, you just proved the principle true!" but emotions have over-riden her ability to think, and she was lost to the training.

Next up:  those who lie when no lie is necessary.


Peter Hyatt as Statement Analysis Blog at 8:17 AM

The more information, the better! Thank you, Peter.

Reminds me of when Jesus said, "Let your yes be yes and your no be no." If you are telling the truth, no extra words are necessary.

Would the phrases 'swear to God' and 'honest to God' also fall into the (blue) category of persuade, rather than inform...calling more importance to the information that follows? I feel like invoking God as witness to their words is an effort to convince the listening party of their truth, and is something MOST people wouldn't do unless they are offering deceptive or highly improbable information which the listener is likely to question.

A perfect example is liar-in-chief Cindy Anthony raising her right hand to be sworn under oath and rather than simply answering, 'I DO', like everyone else...she instead said, 'so help me God'...then climbed up on the witness stand and perjured herself, telling an easily disproven and ridiculous lie which left even Casey rolling her eyes.

I see Clancy is modelling the fun range of doggy dentures.

Here he is modelling the Spike, Guaranteed to make you irresistable to lady dogs of the street, the Spike gives you that toofy grin of a dog about the town, a winning winsome smile that will make any lady dog shed her milkbone corset for free.
Available in a range of colors from movie star Lassie white through to mangy seadog yellow.

Please helep find Ayla
In which catagory does discretion belong? One of my favorite movies is "Into the Void". I think that there may be denial of a different sort that happens to the main character. I must rewatch.

Honestly, I love this site. I swear..

We are having a lively afternoon discussion. My family (who generally scoff at SA) is watching an internet deception series. I am filling in what the proctor is about to say..lol

My husband asked, 'what would one say to emphatically point out his innocence?' I'm not telling..

I have a further question about this phrase. When a chronically deceptive person says something is the 'honest to God truth' or something similar, does it denote that they are actually about to be honest? Or is it a meaningless phrase other than being just another tipoff that they are not very truthful overall?

I often use the word honest as an incredulous challenge: "Honestly?!", or combine it with other words when I feel I'm being deceived:" I want a direct and honest answer."

What about Jesus' words, when he would use the phrase , "truly I say to you.." ?

"Truly I say to you" is not an oath. It is an elevation for the listener.


It is designed to raise the attention level.

It is important for us to take notice of Cindy Anthony's change in language.

It is a signal that she is going to lie and appears to be calling for help.