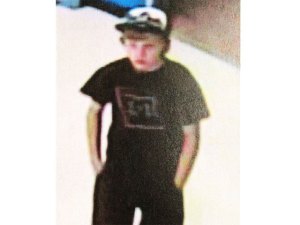 The Spring thaw has come to Lake Vallecito where searching will begin, in earnest for missing Dylan Redwine.

The lake generally thaws by mid-April which will allow searchers with sonar the ability to conduct the search with technological advantages.  This is the same lake in which cadaver dogs hit.


The lake has been searched by a search and rescue team from the New Mexico State Patrol. That team included dogs, divers, several boats and sonar.
But there were complications. Because of the lake’s depth — averaging 30 to 40 feet, the altitude of the lake and temperature of the water, divers could stay down only 20 minutes a day, Bender said.
The dogs, however, alerted to human scents at a few spots in the lake, which the divers searched.
“There was nothing suspicious found,” he said. “Having said that, it’s almost 12 miles around the lake. It’s very large and that’s not to say there isn’t a chance that Dylan could be in the lake. But we checked it as thoroughly as we could at that time.”
Technology may be the difference maker.
“No offense to the sheriff’s office, the divers are great, but these people are trained specifically for this and we feel there is a big difference,” she said.
The specialists who’ve been contacted use 180-degree sonar on a cable that can be dropped into the water as long as necessary.
If the sonar detects something, a remotely operated underwater vehicle will be used for additional investigation. An ROV is operated remotely by a person on a boat. They are commonly used by deepwater industries.

The areas of the lake that will be searched include the deepest spots along the dam and along the eastern shoreline, Hess said.
The lake “needs to be eliminated one way or another. The cadaver dogs hit on something,” Hess said. “What did you hit on? We don’t know.”

Statement Analysis has shown the following:

Mark Redwine is deceptive regarding the disappearance of his son, and gave linguistic indicators of Dylan's death.

He has also used language that suggests an altercation took place in which he caused Dylan's death.
Peter Hyatt as Statement Analysis Blog at 7:26 AM