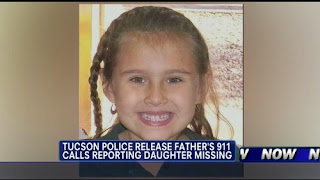 "Divide and conquer" Sergio Celis said of the police strategy against him.

The police have suspected Sergio from the beginning when he first called 911.

Deception on the part of both parents;
Guilty knowledge of her death by the father;
Deceptive 911 call by the father in a domestic homicide.
Linguistic indicators of possible sexual abuse.

The family no longer speaks to the police, whom they now disparage:  all information goes through the Celis' attorney.

Isabel and Sergio on Television:   http://statement-analysis.blogspot.com/2012/12/sergio-and-becky-celis-on-katie-couric.html


Peter Hyatt as Statement Analysis Blog at 10:33 AM


Trayvon Martin's parents have settled a wrongful death claim for an amount believed to be more than $1 million against a Florida homeowners association where their teen son was killed, Fox News confirms.

Trayvon was shot and killed by Neighborhood Watch volunteer George Zimmerman in Sanford, Fla., on Feb. 26, 2012.

Zimmerman has been charged with second-degree murder, but he says he fired in self defense after the 17-year-old attacked him.

In paperwork made public, both parties specified that they would keep the settlement amount confidential, The Orlando Sentinel reported.

“It is understood and agreed that the payment made herein is not to be construed as an admission of any liability by or on behalf of the releasing parties; but instead the monies being paid hereunder is consideration for avoiding litigation, the uncertainties stemming from litigation as well as to protect and secure the good name and good will of the released parties,” the settlement said.

Benjamin Crump, the Martins' attorney, had “no comment on that subject," he told The Orlando Sentinel.

The document released from the settlement has eliminated the specific amount of the settlement, as well as the names of the parties and people making payment.

The homeowners association president did not return the newspaper’s calls seeking comment on the amount.

Zimmerman’s attorney Mark O’Mara said the teen’s parents tried to settle through mediation and the association had offered $1 million, but they had reportedly rejected this amount, OrlandoSentinel.com reported.

A hearing in which Zimmerman will argue he was acting in self-defense is scheduled for April. The judge has said that hearing will be at least 45 days before the trial. The settlement will not affect the criminal case.

Isabel is another beautiful child who disappeared and involves the parents. The father, Sergio, is a suspect. Did the mother help cover up what happened? Why did they separate Sergio from Isabel's brothers right after she went missing? Why did they repaint Isabel's room and bring in all new furniture? Most parents would leave the room exactly as it was for the missing child's return. What are they trying to cover up ????

Sickening. Parents getting away with murder.

I am going to post comments made by Juror #5, who was dismissed a few days ago in the Jodi Arias trial.

This is just my opinion, but I find some "hink" -- but not sure what.

I would love to hear your analysis ! You are the BEST !

"I just wanted to show my face there in a way... I didn't do anything wrong so I'm not running away from things," she said. "Everybody tends to blame you and put guilt on you but I know what happened and I will be more than happy to disclose that after the trial."

We asked her if she planned to go back to the courtroom, and what's been the hardest thing about being on the jury.

"I think I'm gonna stay home and watch it from here," she said. "Seeing those crime scene photos, that's what was the hardest for me. I came from the war, it was not easy to watch the photos of Travis."

Despite how graphic the evidence and testimony, she said she was constantly taking notes.

"Somebody's life is at stake and she also took someone's life, you have to be there 100 percent."

Finally, we asked Juror No. 5 if she thinks Jodi Arias is guilty.

"Not yet, I would not like to disclose that until the trial is over and after that I have plenty to say."

I do not understand why children can go "missing" under obviously shady circumstances and prosecutors just say "oh well" and move on to other things. Is it because the parents are not expected to offend against the general public, it gets low priority? It's like "our hands are tied because they won't tell us what happened."

OT
Another fake hate crime and I notice similarities in the phony victim's statements to others we've studied:
http://www.gadailynews.com/news/regional/154233-olander-d-cuthrell-black-minister-with-money-worries-painted-racial-slurs-on-his-house-then-burned-it-down-to-fake-a-hate-crime.html

Following the fires, Cuthrell told 8News that he believed it was a hate crime. ‘It's hard now sleeping... There's no peace, there's no sense of security,’ he said.

"I was just concerned, I wanted to get a hold of authorities as quick as possible. Get em out there, and uh, that way they could gather up what's there," Lloyd said.

He told KTXS he was in the area searching for fossils.

"I was just walking the lake bed, along the edge of the lake bed and noticed something that looked a little unusual," Lloyd said. "As I walked over to it, I recognized it to be human remains."

Lloyd said he isn't going to assume who the remains belong to.


"Obviously I'm hoping we can solve some kind of case. From my understanding, there are two or three individuals who are missing from fairly close," he said. "I wouldn't want to speculate, families emotions are involved, so the last thing I want to do is assume it's anyone."

The FBI told NewsWest 9 it could be months before we know the identity.

He is admitting to being in an adversarial conflict with the police.
He is addmitting he is guilty in the death of his Daughter i m o.

Regarding the remains, the silence is telling, they would be able to tell the height of the victim from the length of the femur and if it was outside the limits for hailey they could say it's not her, the height is perhaps indicative of someone taller or shorter as well as if the height was particularly tall it would suggest a male.

I would imagine they have an idea who it is and are waiting for DNA results to get a definitive answer.
Other evidence on or near the remains could also give an idea as to gender which again will either indicate the remains are male or point to the possibility it is Hailey.

The location alone would hint at it being Hailey.

I watch all the 'CSI' shows..they can identify a body within 15 minutes.

Then they figure out who did it, and find them within the next 30 minutes, even though some of the officers have trouble at home, get shot, taken hostage, whatever.

I don't care what the police say, I have seen with my own eyes that the CSI people don't just collect and analyze things no one can see, they carry guns, hunt down the perps, get in shootouts, counsel adolescents, refer women to domestic violence shelters, rescue small children, and arrest the bad guys, themselves.

We don't need to pay officers, detectives, etc..CSI does it all.

Finally, the trial takes about 15 minutes, and the bad guy is always guilty. CA would never have gone free on NBC.

So why are these cases unsolved, and the trials go on for months? Someone needs to get the TV CSI, cops, lawyers, forensic anthropoligists and coroners, and private investigators organized and working these cases...

Don't be so stupid!
A child is missing here and you"joke"?
No wonder the ethnics hate people like you.

I have a robotic sense of humor (humour, for Hobs and John).

DNA doesn't take months. They know. Getting all their ducks n a row, so nothing 'goes wrong' with filing charges and trial, methinks.

So sad for Rick and Kay Warren. Saddleback is a huge church, he has a great ministry..but this is most personally painful.

Isabel told us of her impending doom and who would be her killer when she left the words scrawled on a wall inside her closet: "my dad is a bad man."

Isabel's mother had to have known that Isabel was suffering at the hands of her father. Mommie dearest did nothing to protect her daughter and in the end covered up little Isabel's torturous murder by her husband and father of pathetic Isabel.

Actually *she"s* joking (right?) but potato, potatoe. Yep, you are robotic, lol, and sometimes we need a bit'o robot to keep going in the dark. Thanks,DG, you made me laigh'