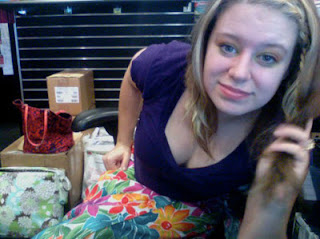 What can we say with certainty about the case of missing and now found dead, Kate Markham, with regards to Statement Analysis?

1.  John Carter gave verbal indication that Katelyn was deceased, as early as 6 days after he reported her missing.

2.  John Carter showed signals of deception about the interaction between himself and Katelyn, just before leaving her apartment.

Q.  Is it possible for him to be deceptive but not involved?

A.  Yes.  It could be that he was dishonest about a fight they had before he left the house.  It is possible that he feared she was dead due to the passage of time, but it is difficult to accept just 6 days later.

Q.  What about Behavioral Analysis?

A.  His behavior including burning personal records of Katelyn's, which is alarming.

Q.  Her remains were identified in just two days, but the Scurry County Remains have been unidentified for almost a month.  What gives?

Q.  Couldn't officials in Scurry County be deliberate in waiting?

A.  Certainly, especially in a case where family is suspected, they may play things 'close to the vest' and  be 'putting their ducks in a row' in the case in the meanwhile.

A.  Yes, according to Carter, himself.  He said he was the last one to see her and was the suspect.  Interesting answer. One might ask, if  someone else would have said that the kidnapper or killer was the last to see her.  With analysis, we don't hang our hat on a single point, but John Carter's words, in totality, along with his behavior, has brought suspicion to him.


Peter Hyatt as Statement Analysis Blog at 11:53 AM

Katelyn's remains were identified by dental records. Her teeth were a distinguishing feature and would be fairly recognizable.

I should have sent this correction to you long ago with a repost in mind, but John spoke of Katelyn in the past tense within 2-3 days after she disappeared (depending on when she disappeared). Thanks for reposting this information and helping with the case.

He began speaking of her in the past tense towards the end of his TV interview on August 16, less than 48 hours after she was reported missing. "She WAS geared up to graduate... we WERE gonna try to move [to Colorado]..." etc. Emphasis mine. Also, fascinating answer when the reporter asks what his last hour with Katelyn was like.