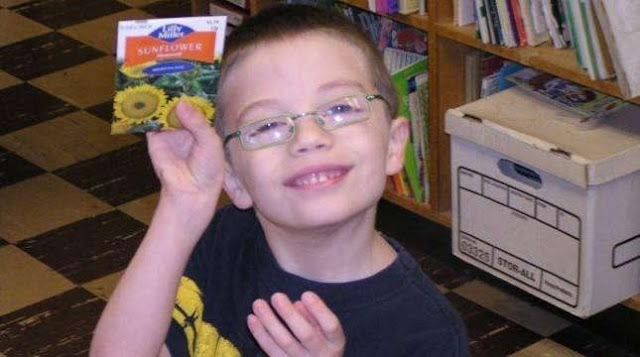 Statement Analysis was clear on this:

Terri Horman was deceptive about what happened to 7 year old, Kyron Horman, and Kyron's mother, Desiree Young, has always been right in her campaign asking,

"Terri, Where is Kyron?"

A simple word anonymously passed from Terri's attorney to the police would allow, if possible, Kyron's remains, from the June 4, 2010 dreaded date, to be given proper burial.

Instead, there is nothing, but the echo of the 5th amendment invoked, even by DeeDee Spicher, 'friend' of Terri Horman, who knows more than she will say.

Yet it is that one so cruel as Terri Horman possessing the ability to make certain that her revenge upon Kaine Horman was so utterly complete, does not possess the humanity to allow Desiree, who did not appear to be the initial target of Terri's wrath, to even try to breathe ever again, by allowing for burial.

The "wrongful death" suit may be the only way to get some justice.

Prosecutors in Maine should be listening as Desiree Young's patience might exceed that of the mother of Ayla Reynolds, in endurance.
Peter Hyatt as Statement Analysis Blog at 1:40 AM

Thank you for this one. I'm from this area of the world and this one is really close to home.

I see Kyron's face everyday in my Facebook news feed.

My heart breaks for Desiree. Every day she holds her head high in the fight for justice for her son.

What Terri and Dede are making her suffer is evil. They are evil. When will they end this nightmare? Terri is a child murderer, I hope her life is a pathetic existence. Dede, words escape me as to how despicable she is.

Kyron is Desiree's baby, show some humanity! He was never yours to murder or dispose of! Let Desiree lay her baby to rest :( it is the least you can do! How anyone can associate with either of you is beyond me.

How does a person like Dede get by in a community, when everyone knows she took the fifth, instead of answering questions about what happened to a little boy?
Someone needs to catch these 2 out, with no witnesses, and change their minds.
That sounds so violent. but some people are so in-human, with no feelings for a child, and a mother.

Thank You, Peter, for remembering Kyron !

And this is another case that had a Grand Jury convene and NOTHING ! Nothing was done !

Terrie Horman should have been arrested for Kyron's murder 3 years ago, as well as her friend Dede, who pled the 5th in a "civil" deposition -- only because of the pending criminal investigation. Dede helped Terrie and is continuing to help her by keeping her mouth shut.

I hope Desiree gets some answers from her lawsuit, and I hope the courts ORDER a deposition of Terrie Horman -- but she will probably plead the 5th.

Maybe mom should find a way to hire some people to kidnap Terri. I bet if she was facing extreme pain.... She may talk.

I sound like a psycho but I really think if my child was missing and i knew who is likely responsible, the deepest dark side of me would come out.

Which is also why I struggle with Jon Ramsey saying to the media he was not angry. Sorry but your parental instinct should be coming out. I would have looked right into the camera and told the person that killed my child my life's mission would be to hunt them down. But then we all know Jon is the murderer.

Point being... This mom would turn into a grizzly bear and it would be my only mission to bring down my child killer since its clear these days most of them walk free or get out early.

It breaks my heart to see that adorable face. How anyone could harm that adorable boy makes me so so sad, so angry. Local anon in the Hailey Dunn case

I get its a right, but I dont agree with the 5th.

It just allows people to hide behind the truth.

And it also amazes me that everyone around them seems to just move on about their lives.

I have seen small minor things people have done cause far more harassment by those around them.

Where in this case, along with many others to include Billie, everyone just lets them be.

It makes me angry. I wish there was enough hostility and fight in those around them to push them to the truth.

Unfortunately, Shelley, that hostility and fight to push them to the truth would turn into inhumane actions. The very thing we are crying out about.

Laws are supposed to be the force that makes them accountable, but that is failing us.

These people have no moral compass and we are brushing elbows with them daily. Our children are going to school with their children...

I do hear you and I agree, I WISHED there was a way we could make them talk, without crossing over into their backyard.

I 100% feel that. People would be seeing her face on a flyer. All this time and shes strutting around free. Im shocked its safe for her to go outside. A complete stranger might kill her. Lets hope.

I never followed this case. However, I think someone in my area has followed way too closely. Has that photo been a mainstay?
What's in the box in the background?

We have people who stalk and threaten for the common good where I live. Some person left a part of a box like that while doing their stalking for charity and extortion for children racket.

I think these peole also stalk in grocery stores and threaten family members for a "good cause."

Terri Moulton Horman is a sadist and will never be anything but a sadist.

Q I don't mean to repeat myself, but I just can't remember exactly what I asked you about Michael Cook. Do you know who Michael Cook is?

Q Let's talk about June 4, 2010 in a little bit more detail. On June 4th were you working for Maryellen Hockensmith?

A Asserting my Fifth Amendment right.

A I'm going to assert my Fifth Amendment right.

Q Have you ever been to Skyline Elementary School?

A Going to assert my Fifth Amendment right.

Q What was the first conversation you had with Terri Horman after Kyron disappeared?

A Going to assert my Fifth Amendment right.

Q Did you ever ride in any vehicle when Terri Horman was driving the vehicle?

A I'm going to assert my Fifth Amendment right.

Dede drops the pronoun "I" when refusing to answer sensitive questions.

You are not forgotten, you are greatly loved and missed!

May Justice be served, let the shadow of the big eye watching haunt Terri for the rest of her life!