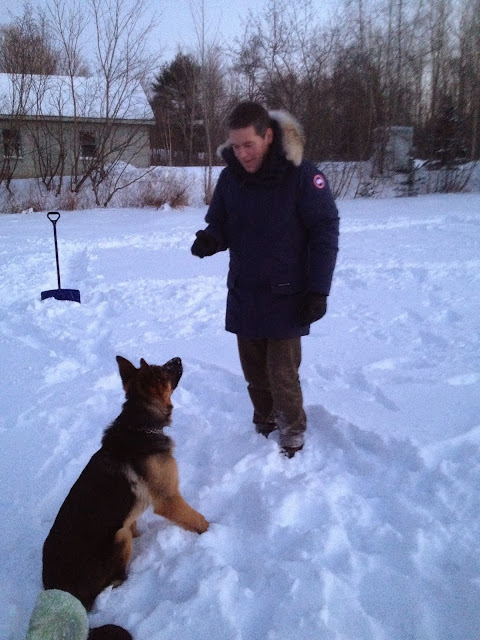 When we view a statement, we do not want the police file on the subject. We want the subject to be "dead" to us, only needing the allegation against the subject, so that we know the purpose of the statement, whether it be written, or it be a transcription of an oral statement.

This is the context of a statement.

We have previously covered the topic of "scientific" method within SCAN, from LSI.  (LSI is here:

We use building blocks, but they are not cement, but clay.  This means that there can be some shifting and settling within the blocks, but the basic input of analysis should produce the same output, whether done by me, or an analyst in California, or in Canada.

Yet, within the basic framework, there is an artistic value, especially in "entering" a statement.  We saw how Canadian Analyst Kaaryn Gough displayed an amazing imagination used to "enter" into a statement, to learn the truth.  Look through the search feature to see examples of her work.

This is critical for all analysis, but especially for Anonymous Letters.

Recently, in working for a company, I had mentioned that we can do anonymous work, but that it is best done as a group, with much input, and that it takes hours to complete.  I was asked if I was certain and I said that if the anonymous letter is of any length at all, the letter, itself, will reveal the author.

The company attendees exchanged knowing glances one with another, and soon I found myself forced to stand upon my assertion that we can, in deed, know the authorship of the letter.  It was a letter with lots of innuendo and disturbing allegations regarding workers within the company.  They were unable, in the past year, to determine the author.  Was it a present employee?  Was it a former employee? Was it an association, someone young, old, educated, uneducated? Race?  Gender?

If so, it meant the entire afternoon session of interviewing missed. I held in my hand the addressed envelop.  The location from which it was mailed had a population that was immense.  It is difficult work and it is best done with others, and it was already lunch hour.  I thought it best to put it aside, and finish our work.  I was alone in this position.

Ok, yet it would be done with this caveat:

The attendees had all attended the two day initial training, and had attended a follow up training (day one) and the morning session of day two.

They were all chosen by their company because of their intellect and position.  They were quick to learn, slow to speak, and keenly interested.

They were all very intelligent, and had high levels of 'emotional intelligence', that is, not only good intellects, but also strong self awareness.  We had been together for a cumulative 20 hours, plus hours of homework, and countless hours of practice in the weeks between sessions.

They received this anonymous letter, about a year ago, and were not able to figure out who wrote it.  With 500 employees, they narrowed it down to someone still working there, rather than a former employee.  Some were certain; others not so.

We began with the insistence that everyone remain open minded because, they would find, changes in a moment.  In the first line, they will say,

"this is an educated female" but in the second line, they would say:

"this is an uneducated male", and on and on this would go.

The analyst team must remain open, and openly willing to sound foolish, at any given moment, as ideas are throw out for the group when I asked,

"Who would say this?  Male or female?  What age?  What education level?  What emotional intelligence level??"

If one has low self awareness, it will harm the analysis, as projection will taint the portrait we which to emerge.  There can be no political correctness, nor any offense, as there must be a willingness to stretch the imagination and think outside of one's own projected comfort level.

If one has unresolved, pressing issues, it will impact the analysis as well.  It one has an agenda, it will also impact the work.

The group learned that this was slow, painstaking work, yet...

the end result was something special.

As time passed, the profile increased, and the gender and race changed, until a conclusion displayed itself:

We identified, specially, the author of the letter, as a former, and most embittered employee, who came from a specific apartment, had specific traits and very specific attributes.  Gender, race and personality gave us a clear portrait of the former employee, feigning to be a current employee.  We were even able to identify, within 3 months, the date the worker had resigned employment, and the personality description showed that it was someone who was going to be terminated, and who's bitterness was acute.

One check with personnel records showed that the analysis was exact in identifying the author.  Verification of the address showed.

The feeling in the room was one of utter elation, equal parts shock and feeling of success, and I watched the others, newly trained, walk out, almost without speech, stunned by the work completed.

I, myself, could barely concentrate, from both exhaustion and excitement, amazed at the work done by Avinoam Sapir in developing this system.

My confidence in the system was enough to announce, "We can learn the identity", and when it came to putting the system to the test, I did not hesitate.
Peter Hyatt as Statement Analysis Blog at 8:49 AM

I loved reading this post Peter. It reminded me of the excitement and exhaustion I felt when you were teaching the class I was in, just over a year ago. The knowledge gained from this training is both empowering and invaluable. Thank you for sharing your talents.

I actually had trouble driving, I was so exhausted and could not shut my mind off of the work!

I love the fluid nature of statement analysis. I love reading this blog! It's always interesting. Thank you, Peter Hyatt, for the lessons. Merry Christmas to you and your family, and to the commenters, who also keep it interesting!

Merry Christmas to you and yours Peter :)

I wish you all the merriest of christmases and a peaceful healthy and prosperous new year. Thanks for being here, for your support and your friendship.

Please help find Ayla's remains
The feeling in the room was one of utter elation, equal parts shock and feeling of success, and I watched the others, newly trained, walk out, almost without speech, stunned by the work completed.

This alSO describes the first cartographers!

What is the analysis for a person who accuses someone of doing something bad, and then ends it with "I wish it was a lie".

Is this person telling the truth or lying about his/her accusation?

Merry Christmas to you & family, from the other side of the globe :)

"I wish it was a lie"
"wish", is not the same as owning it solid that it is a lie, they are leaving it up to you to grant that wish or not.
"it", not owning up to what exactly they are referring to, leaving you to assume they are referring to what they just said.
"was", not "is", can't face that it is what it is and speaks of it as past tense so as not to be accurate.
"a", not specific.
so drop those words from the sentence and they are telling you, "I lie".
------------
then again, they may have heard someone use that phrase in the past and they believed the person, so now they think that is what to say if you want people to believe you when you are telling the truth.

I was watching Jodi Arias' trial on youtube yesterday and she accused Travis Alexander a pedophile. Then she said "I wish it was a lie".

She lied throughout the trial, however I wonder if there is any chances she was telling the truth

Peters' last article and post are dated 12/23 which makes me wonder if he & family are bogged down in the snow & ice and without power in Maine. Has anyone seen him posting on email or twitter or other social media outlets?

Just curious. What else could keep Peter off the internet other than a power outage?

How do you know he's an ex-cop?

When, where, was he 'let go? Nothing would surprise me. And I DO mean nothing.

He was with the Lapd (traffic cop)in the late 70's early 90's.resigned due to "stress"

Here is a transcription: I sure could use an opinion.
Its a verbatim "speech". Is this woman being honest?


So on July 13th 2012, was, uh fairly normal morning, Drew left for work pretty early, that morning, and Elizabeth, uh decided to hop in bed. Her and I sat there for quite awhile and talked, um, her birthday was July 31st, so we were talking about what we still had left for her birthday and that we would do it that day when I got back home from getting my blood taken and doing a couple errands because grandma, ya know, had come over to babysit. And, uh, we talked about, she had a softball party to go to on Saturday...we had another bday party to go to on that Friday, so, um, we had a pretty busy weekend, uh, so she was extremely excited and, uh. When she has that kinda stuff goin on , she like never like, wants to, like, go that far away from me because she knows that, you know, I am gonna be home, and we got stuff to do, so, my mom showed up and, I um, gave em all a kiss, I asked my mom if she wanted me to take any of the kids with, and she said No, I got it, I said okay, and I, went and did my errands and I called my mom, and I said,um, I am gonna be home in like 10 minutes, and she said okay, the girls just left for bike ride, and I said, ok,well ya know try to get em rounded back up-and she said, ya know they just went down the street they'll be back, and I said ok well just try to get em round back up-cause i'll be home and I knew my mom wanted to leave so, I got home and the girls still werent home, so we had my, uh son, who's 14, go and look for the girls, and he couldn't find them, and so then I was, Drew had stopped at home for some reason, he just, usually doesnt, but he did. So I said, well, imma go look for them some more, so I did. And I was out, 20 minutes or so? I went to her school, her softball places and stuff like that. I could not find her. and lyric, our niece, and uh, I (unintelligible) went straight to the police department and he was like nooo, they'll just-you don't wanna bother them for something little, and I said, I don't care if they find em in 10 seconds, I don't care, I just don't feel good about it-Elizabeth doesn't like, we have too much going on, in the day for her to be gone, like more than, like 15 minutes. She'd check back in. Cause, she would want to make sure if I was home or not. Cause ya know, she was a busy little person, she has things she wants to do-so, um, I went to the police department, and, uh, they came straight to the house