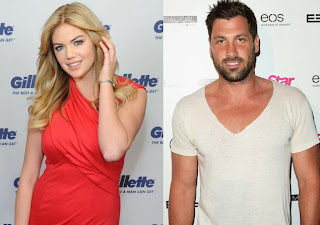 Kate Upton. This quote is from


In looking at various "love interests" quotes, following an office

romance (which went South for the


love-lorn male, as many commentators said it would), looking at

how words change and reveal what


may be inside the heart of the subject.


Here, the boyfriend speaks of happier times, but note the change


What changed her from being a gender-free "person", to the

specific "girl" (and not woman).


There is far more in this quote than some may think.  The key is

listening.  Listen to the additional

We have an incredible time together, and you know, I

definitely didn't see that coming and I


think neither did she. We enjoy each other's company very


great girl that I never thought anything romantic like this

Peter Hyatt as Statement Analysis Blog at 9:01 AM

I think he changed his wording from gender-free "person", to gender specific "girl", when he was speaking of her in a romantic way.

If you aren't talking about Kate and her relationship why are you even mentioning it in conjunction with your friends' attempted relationship?

He first describes Kate as a person, which is an impersonal description. A word you probably wouldn't use to speak about someone close to you. They are clearly no longer together. When he says, "We have a great time together," he is speaking on her behalf by including her. Otherwise he could have said, "I have a great time when I am with her."
He then says, "and you know, I "definitely" didn't see that coming and I "think" neither did she. By saying "you know" he is trying to convince us to believe something that we do not "know". He used the word definitely to qualify his statement. He says I think neither did she. He uses the word "think" instead of "know" and "neither" which is negative. He suspected it was coming and so did she.
"We enjoy each others company very much, and like I said..."
Once again he uses the pronound "we" letting us know that she cared about him as well. "Like I said"; He feels the need to repeat and emphasize what he said earlier. This time he changes his personal dictionary and uses the word "girl" instead of "person". That, along with the term "this" indicates that this relationship with Kate was something very close to him. He is reflecting back on his relationship with Kate which obviously meant a lot to him.

He is speaking in the present tense about his relationship with Kate. The comments he made then has no bearing on their present relationship which is broken up. All of this is history now.

So what happened to the love relationship of Peters' friend in articles one and two, that he said had a new twist to it?

'person' - gender neutral
'we' - shows unity
'together' - extra information…why the need to emphasize 'together'?
'you know' - awareness of questioner, attempt to persuade?
' I definitely didn't' - in the negative, extra word 'definitely', attempt to persuade; he likely did see 'that' coming- 'that' is distant, 'this' is close.
'I think'- lacks commitment
'We' enjoy each…'very much'- 'very much' is extra wording
'like I said'- self reference in an attempt to persuade
'girl'- change in language from 'person' when speaking of 'I never thought (in the negative) anything 'romantic' (extra information?) like 'this' (close) could have happened. (passive)

He shows awareness of her gender ('girl', but not the expected "woman") when speaking in the negative of anything romantic happening between them. This is a very interesting statement.

does anyone have any reading comprehension skills anymore? Peter said the love relationship went south.

Oh yeah, I fully comprehended Peter's article. Like I pointed out, it has no bearing whatsoever on the former love relationship pursuit that Peter promised to update the 'new twist' it took. WHAT new twist? And WTH does Kate Uptons' now dead relationship have to do with anything?

One wonders how full comprehension squares with asking WTH does KU's relationship have to do with anything.

"Like I pointed out" is a self reference with the intent to persuade. "new twist" is repeated, and sensitive to the OP.

Hearing a grown man refer to his ex-girlfriend as a "girl" instead of a "nice young lady", or "a very nice woman", etc., I believe he thinks of her as immature or latent on some level.

I agree Nic BUT kats upton has no tits .

Well. That's certainly interesting lol why was my question deleted and not answered? Glitch or avoidance? As a fan of Peter and his writings, I hope it was just a glitch.

I would like to hear Kate Upton's take on their relationship. From Mac's words I have to wonder if they truly had one or just went on a couple of dates.

He changes pronouns...we to I. He says "I didn't see that coming." It's said in the the negative and he uses that to distance. It negates "We have an incredible time together. "

He uses many words to persuade such as, "you know" "and "like I said." When he says "I think", I am left to wonder what Kate Upton thinks.

He changes terminology from person to girl when speaking of being romantically involved...in the negative. Yet he brings romantic involvement close to him with the word "this." She was not as involved as him.

In Hollywood, no body trashes a peer or a love interest as it might offend a fan.

It's all about the image(s) of the celebs.

I suspect --- he didn't want her for more than sex from the beginning. His saying he didn't expect it to happen -- ( the romance) minimizes his actions of no doubt working to seduce her --- . It's a genuine plight for sexy women -- men got this whole virgin whore psychology -- they refuse to want to love who they really wanna f---. So they work to say it was all an accident and they didn't know what was happening. But their denial of intent is a red flag for their exact intent.

The minute you ever hear the words " he/she is an amazing guy/girl.... You should be expecting the next over done phrase.... "It's not you, it's me." Lol... This was a good read!

I guess I'm opposite in seeing this, although I am a girl. As an amazing person... I feel it says your just amazing in every way. For a man to say amazing girl, well unfortunately it now puts that person into one category. It may sound weird but I feel like it says that she's an amazing girl, along with the last 20 girls I dated. When to single someone out as an amazing person, it gives the feeling that they have been impressed by many people but this person is amazing regardless of anything else.