When Liars Are Lying They Choose Words 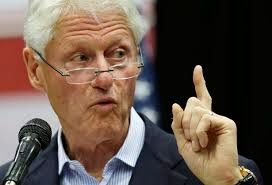 We have seen that liars hold the world in contempt.  This works its way out in the interview/investigative process (including interrogation) when the liar is challenged.

The liar does not like being called a liar.

This is more than just a presence to be noted; it is in the initial, pre-supposed language.

"I did not have sexual relations with that woman, Ms. Lewinsky" has been shown to be a truthful statement, based upon statement analysis.

Everyone has a personal, subjective internal dictionary and to Mr. Clinton, "sexual relations" meant "intercourse."

Now, he obviously knew that this was deceptive, while being technically truthful, as he later said, in his semi-mea culpa.

But why did he do it?

If he knew it was deceptive, why did he even bother to make the statement?

This goes to the core of a liar:

holding others (the world, oftentimes) in contempt, the liar fancies himself better than others, and to actually be seen or exposed as a liar, undermines the very core of his nature. Liars will choose words in which, even when caught, can later defend against the charge of, "you are a liar!"

We saw this in the case of murdered 13 year old Hailey Dunn.

Billie Jean Dunn pathologically lied about what happened to Hailey, and she did so in abundance.  The more she spoke, the more we knew, while her partner in crime, Shawn Adkins, said little. 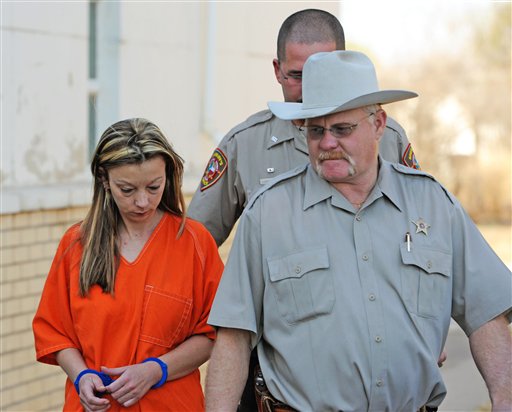 Billie Jean led the charge, and even talked the dim-witted Adkins into taking a polygraph.  ("MHMR" Billie called him, indicating that he had "Mental Health Mental Retardation"; not doing a good job identifying the initials as she attempted to sound like a professional while belying her lack of education).  She convinced him that they could beat it by using drugs, and when caught, she was forced into taking it, only to fail it.

When on the Nancy Grace Show, she was caught buying drugs, she said, "It was something I was prescribed" as if once prescribed a pain killer from a doctor, going out to the back alley to buy pain killers on the street from a drug dealer is perfectly acceptable.

Nothing anyone would say to Billie Dunn could provoke her until she heard "liar" and threatened to sue.

Now back to President Clinton.

He knew he was going to lie, yet he did it in a way in which, if caught, he could say "technically, it was truthful" even though he would be seen as deceptive.

He was cheating on his wife, using the Oval Office for his affairs, had a history of disrespectful behavior towards women, yet...

he didn't want to lie outright?

Why is this important enough to write an entire article about?

It is because, at the core, the liar, that is, the person who, when all is on the line, will chose to fabricate reality, still, even while deceiving, will not tell a direct lie, in order to avoid being called...

Clinton had been called a rapist, had been accused of selling military technology to the Chinese in exchange for campaign money, and left a trail of ruthless deceit from Arkansas to Washington, and barely blinked, yet cared enough to not only make this deceptive, but technically truthful statement, but did so on National television and used the finger wagging to gain emphasis (something body language analysts love to pounce upon).

He could not bear being called a "liar" even though there had been a stained blue dress in evidence, he still felt the need to go on television, as President of the United States, and point his finger into the face of the nation!

Liars hold the rest of us in contempt.  They have been doing it their entire lives and if you want to provoke one, label "liar" upon the forehead and watch the reaction.  It is one of the best interrogation tools when employed properly, and can cause the pride to go rushing to the top, and with just enough rope, cause the liar to hang himself, and in this case, so publicly that the entire nation saw it.

The liar chooses is words carefully, allowing himself the "out" of not being called a "liar."  Being called and labeled a "liar" utterly exposes the persona, something that the liar has hidden since childhood.

Call him anything but a liar.
Peter Hyatt as Statement Analysis Blog at 8:09 AM

Arrogance seems to be the overriding attribute of a liar.
Liars believe they have superior intellect than anyone in their audience.
A liar believes in his utmost ability to convince anyone who will hear his story.
A liar is greatly offended at anyone who dares to challenge the words that he speaks.

MILAN – An Italian court that convicted Amanda Knox in her roommate's 2007 murder said in lengthy reasoning made public Tuesday that the victim's wounds indicate multiple aggressors, and that the two exchange students fought over money on the night of the murder.

The appellate court in Florence explained the January guilty verdicts against the American student and her former boyfriend Raffaele Sollecito in a 337-page document that examined both the evidence and the motive.

The court said that a third person convicted in the murder, Rudi Hermann Guede, did not act alone, and cited the nature of the victim's wounds. It noted that at least two knives were used to attack 21-year-old Meredith Kercher and that there were also finger imprints on her body, indicating she had been restrained -- ruling out the possibility that Guede was the only attacker.

The court said there was ample evidence of a bad relationship between the two roommates, despite Knox's attempts to play down differences in court, and cited statements by Guede under police questioning that Kercher had blamed Knox for taking money from the British student's room.

`'It is a matter of fact that at a certain point in the evening events accelerated; the English girl was attacked by Amanda Marie Knox, by Raffaele Sollecito, who was backing up his girlfriend, and by Rudi Hermann Guede, and constrained within her own room," the document said.

The court said it was not necessary for all of the assailants to have the same motive, and that the murder was not attributable to a sex game gone awry, as it was out of Kercher's character to have ever consented to such activity.

The release of the court's reasoning opens the verdict to an appeal back to the supreme Court of Cassation. If it confirms the convictions, a long extradition fight for Knox is expected. She has been in the United States since 2011 when her earlier conviction was overturned.

Kercher was found dead in a pool of blood in the apartment she and Knox shared in the town of Perugia. Her throat had been slashed and she had been sexually assaulted.

There are pivotal points in mankind's history. Society gets used to things after they have been introduced and practiced. Good or bad. Once something has been introduced, it is taken in by the masses and practiced, especially with the internet being able to reach to so many people and so quickly. I firmly believe that Bill Clinton's lie about Ms. Lewinsky was one of those pivotal points. Our society as a whole made a drastic lurch in the wrong direction of morality when he did that and society accepted it. Same is true with Casey Anthony, when she was found not-guilty, society took another long leap down that slippery slope. Another one is Terri Horman standing behind the 5th... They are all stepping stones to a society with a justice system and moral code that I, personally, am afraid of.

I called it with Tammy Moorer and her venom, her ability to speak so harshly of a missing woman, whether that missing woman slept with her husband or not was obvious testimony to the degradation of our moral code and sadly, the many people who thought I was implying that Tammy should make cookies and hand them out at search parties was further proof that that lower standard of morality is reaching the masses. Everyone should have been outraged at TM's lack of concern, regardless if there was deception detected or not.

As a society we are going to have to demand higher values and no matter what is happening around us, individually we must stick to those values and teach them to our children, in hopes that we can come back from how far we have strayed...

I enjoyed the post, but I have a some questions. I have read studies that have shown that most people either have lied or do lie all the time. So does that mean this post applies to everyone? Or is the definition of a liar for this post different?

It also begs the question what is a lie? Some have said that leaving information out is a form of lying?

In short, I struggle to obtain a definition of lying that is supported by everyone or most. There seems to be quite a bit of subjectivity to it in my experience.

Is this a post that in the author's opinion applies to liars' which include all of us (assuming we all do lie)?

Thanks for sharing this blog with us. I really appreciated your effort to published this article.If you have time, please visit my site @ www.imarksweb.org