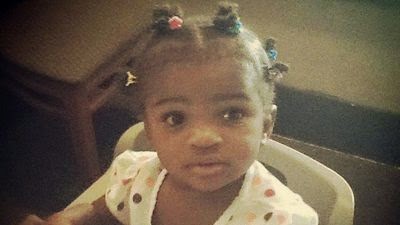 Webb told police that a stranger abducted Daphne while he went into a convenience store, but police never believed his story and arrested him on child endangerment charges the next day, in the hopes of getting information from him.  It was a solid, tried and proven method, but it did not yield the location of Daphne.  He claimed that a "black or hispanic woman" took Daphne.  An Amber Alert was issued.

After his short stint in jail, he said, "“My daughter's missing and I have to live with that. Even though I'm out of jail I'm still not free from what I feel.”


Note that she had only been missing a few days and already he has used the distancing word "that", rather the the closeness of "this."
Note also that he does not express concern for her welfare, rather for his own emotions.

Peter Hyatt as Statement Analysis Blog at 8:02 AM

REPUBLIC, Mo -- -
A 67-year-old man from Republic faces seven charges because police think he repeatedly molested an 11-year-old girl who lives down the street from him. A probable cause statement against Cleo Morgan says the girl frequently visited and spent the night at the home of Morgan and his wife.

The girl told investigators that Morgan, on more than one occasion, beckoned her into his bedroom at night from where she was sleeping on the couch. Once there, according to the probable cause statement, he molested her.

One time, according to the probable cause statement, Morgan's wife, Donna Harper, knocked on the door in the middle of the abuse. The girl said she tried to hide under the covers so Harper wouldn't see her. She said she lied to Harper about Morgan having sexual relations with her because she liked him and didn't want him to get in trouble.

A couple of weeks ago, the girl's grandmother and great-grandmother learned Harper had banned the girl from coming to their house. When they asked why, according to the probable cause statement, Harper told them that the girl was "breaking up her marriage . . . (by) hanging on him and climbed up onto Cleo's lap while he was on the couch. Donna said Cleo was not a pedophile."

A couple of days later, according to the probable cause statement, the girl said Morgan told her that "if people found out what they did then he would go to jail and Donna would be left at home with no one to care for her."

As part of the investigation, police served a search warrant on Morgan's home on Monday and seized sheets and blankets as possible evidence. They also seized Morgan's cellular telephone and took a cheek scraping from Morgan's mouth to do a DNA analysis. The search warrant application said the girl told police that she and Morgan exchanged several calls and messages in recent weeks.

Detectives say they interviewed Morgan and he "initially denied anything happened, saying he didn't remember." Later, police say, Morgan confessed to molesting the girl several times over the past three to four months. He said it stopped because the girl "got real possessive of him. . . He said this (the abuse) happened because (the girl) seduced him."

If he's convicted, Morgan could face a 10 - to 30-year prison sentence on each of five charges -- one count of statutory rape and four counts of statutory sodomy; and five to 15 years on two counts of child molestation. The penalties are enhanced, under Missouri law, for the sodomy and rape charges because the girl is under age 14.

Court documents say the 11-year old girl finally told someone about what was happening and that person called the child abuse hot-line. That's the first thing you should do if you suspect any child has been abused. The phone number 1-800-392-3738.

why is this man not allowed the leeway for saying slightly off things because he is a grieving father?????


After his short stint in jail, he said, "“My daughter's missing and I have to live with that. Even though I'm out of jail I'm still not free from what I feel.”

Guilt is a very powerful emotion.

Could it be he knew he would be found out and found guilty?
He knows what happens to child killers in prison and decided he ciouldn't face the consequences of his actions.

The sad thing is, he took the secret of where he dumped her to his grave ( unless he wrote a suicide note detailing what where and how)

I am sickened that both the admitted abuser and his wife squarely put the blame for his horrific abuse on the shoulders of an 11-year old child.

I also have some words for the parents of the girl, and they aren't nice ones.

My childhood abuser had access to me because no one in my life thought it strange or inappropriate that a grown man wanted to "invest" his time in me.

Parents: There is no legitimate reason for an adult to spend alone time with your child. Whatever potential "investment" an adult wants to make in your child can be done with you present.

I agree! I half expect that kind of sick excuse from the pedophile, speaking of the victim as the aggresor, etc...but to see the wife saying the same kind of things was a shock.

They both speak of the child as if she were a grown woman participating in a love triangle, instead of a victim of a much older man who targeted, isolated and molested her. (Actually, I have a hard time calling what he did molestation. He raped her.)

The wife knocked on the door while he was assaulting her, and the girl 'hid' so he wouldn't be in trouble! The wife can't claim ignorance, she was certain enough that something inappropriate was going on that she got up, knocked on the door, and then...nothing! She didn't confront her husband, didn't remove the girl, didn't call her parents or the police, etc.

Nope, she just 'banned' her from her home because she was "breaking up her marriage"!

In my opinion they should BOTH be jailed!

Detectives say they interviewed Morgan and he "initially denied anything happened, saying he didn't remember." Later, police say, Morgan confessed to molesting the girl several times over the past three to four months. He said it stopped because the girl "got real possessive of him. . . He said this (the abuse) happened because(the girl) seduced him.


Note the distancing language with the words" the girl". He is depersonalizing her. There is also disparagement.

Recall the lesson of the child molester who did not molest his "daughter", but in his mind, changed her (as seen in his language), to "the girl"

"got real possessive of him

He qualifies this with the word "Real" thus weakening the sentence.


He said it stopped "because the girl "got real possessive of him. . . He said this (the abuse) happened "because"
(the girl) seduced him."

This is noted as the highest form of sensitivity color coding blue along with the word "Left". Where there is more than one blue indicator, the sensitivity should be considered vital.

He is making excuses up, and he is blaming her for his actions.

This is typical language of an abuser. "Max Clifford" comes to mind.

He said "this" (the abuse) happened because
(the girl) seduced him."

This then brings me onto the lack of a reliable denial.

From an innocent person we would expect to hear in the free editing process, choosing his on words and not entering into the interviewers language.

This is not difficult to say for the innocent, however, the guilty find it very hard to say these words.

He deserves all he gets.

Zenya Hernandez announced the reward via email. She said the $10,000 would be in addition to the $20,000 reward the FBI has offered for tips that would lead to finding Abigail Hernandez.

In the email, Zenya Hernandez wrote, in order to receive the reward, "[the] information must be concrete, specific, actionable, and lead to Abby's return home."

Zenya Hernandez also wrote, "We don't believe that Abby ran away, and that she would be able to survive on her own for this long. We don't know, if Abby is alive at this time, or if she is safe ... She has never run away before. There were no indications that she planned to run away. When we say, 'Abby Come Home,' we mean that we welcome Abby unconditionally and with open arms. However, we do not assume that Abby has the ability to come and go on her own free will."

In addition to the new cash reward, Zenya Hernandez released a new photo of Abigail:

Zenya Hernandez said the photo was taken at Kennett High School approximately three hours before she disappeared on Oct. 9, 2013.

"It has been months since we last saw Abby. There is somebody who has some knowledge or a hint, but thinks that it's not significant, or who is afraid or hesitant to come forward," Zenya Hernandez wrote. "All tips, leads, and clues are anonymously followed up on, no matter how vague or insignificant. We ask that nothing is assumed at this time, but that people out there remain vigilant. We hope that somebody recognizes Abby, or that somebody knows something about her whereabouts, or who she is with."

Anyone with information about her disappearance is asked to contact the FBI.

Note the absence of the pronoun "I" in the statement is not expected.

This is distancing language, and it is often the language found when one wishes to share responsibility or guilt (Dillingham) and is something parents of teenagers are quite familiar with. At times, the guilty will use plurality as one wishes to dilute guilt within a crowd, as if to fade into a larger group, and not feel so singled out.PH

Although she does use Abby's name, i still would expect the pronoun "I" to slip into her language.

If parents are speaking together, the pronoun "we" is expected, yet we also hold to the expectation that a mother, in particular, is going to jump to "my" for a missing child, as it is very personal. The absence of the singular pronoun should call us to attention. PH

Is she sharing guilt because she feels responsible for Abby's Disappearance and she couldn't protect her, or are there more nefarious reasons why she uses the plural "WE"?

More than a month after 2-year-old Myra Lewis disappeared from her home in Camden, officials have asked for the public's help in the search.

Why would a parent need to grieve for a child that is presumed to be kidnapped? I would be panicked, terrified, worried, angry, confused .... not grieving.