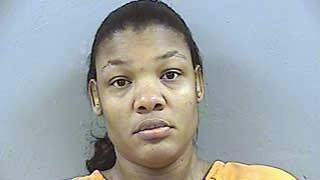 Wth? Celebration? What are they celebrating? And no where in this article do we encounter 'the expected' which would be at LEAST one plea to help find little baby Myra. I understand there were tornados in that area of the u.s. but that wouldn't affect me if Myra was my baby. I think all of little Myra's family (put a sarcastic emphasis on the word family) knows what happened to her by now and they're circling their wagons to protect the guilty party. Shameful.

I agree elf. They know what happened to Myra and are circling their wagons. The aunt's dropped pronoun rang out loud and clear.
I may be getting the hang of SA. I picked up on the underlined words.

"I hope some good news comes out of that real soon.

This has been one struggle after another." says Gregory Lewis Myra's father.

"I really don't want to speculate, I have no idea. I'm just glad she's coming home." Gregory Lewis tells us.

Qualifying language weakening his statement. Also in the negative.

It is very difficult to believe this statement about having "no idea". We all have idea's on everything. We may not be right, but, we have still have idea's about things.

Strong use of the pronoun "I"

you're observing what is within their hearts via their language.

They are celebrating when others would be beyond comfort.

It comes out in the language.

It's pitiful Peter. Poor Myra is not their priority,and she apparently never had a chance with parents like them.

Even Myras sister, outside of posting a photo of Myra the day she went missing and “sharing” a page created by a TOTAL STRANGER to find Myra, most of the sisters page is “selfies” and pics having fun.

The aunt is also on there. A lot of negative comments were made about the lack of effort from the family on the missing myra page and the aunt, Irene kept commenting basically that no one knows what they are talking about.

I replied and asked to tell us then what the family is doing to find her….. No reply.

This is clearly a family with issues.

I would be more concerned about my neighbors missing kid than they are their own.

That is what you call “unexpected”

That is why I really don’t think she is out there but likely buried.

I wish that was not true but the family is having a good time and clearly not worried.

A few more words from dad. But I find it interesting that when asked “the search continues?” he does not just say the obvious… But “I was told they have not given up”

WTH? How are you not speaking for yourself still? That is your baby. Why are you not saying the search never stopped.

The more dad speaks the more I see how little he cares.

"I just don't have the words. I'm happy this part is over with and we can move on to the next phase, which is the children," Gregory Lewis said.

Gregory Lewis said he wants to get the focus back on his missing daughter.

"Yes. I was told that they have not given up the search and they are still searching for her," Gregory Lewis said.

Gregory Lewis said he is fighting to regain custody of his other children who were taken by the state after the family's home was condemned.

"We appreciate all of the prayers (and) all of the people that have been searching for her," Gregory Lewis said.

Anyone with information about Myra Lewis' whereabouts is asked to call Crime Stoppers at 601-355-TIPS.