Reliability Versus Doubt in Documentaries 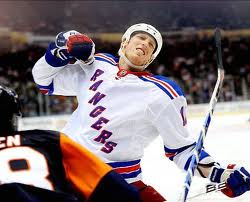 Most often, readers wish to learn "is this guy lying?" in their submission of statements.  This is a fascinating aspect of Statement Analysis, perhaps the most interesting, but it may not be the most valuable.

The greatest value in Statement Analysis may be the Reliability of statements given.  We can deem something reliable and bank upon it.

When someone says "I didn't do it" in an open statement, it is highly likely to be true.  This same principle of following pronouns can yield truth.

The following is a quote from a World War II veteran on a history documentary.  As one who has seen most of the World War II era documentaries, I find interviews with vets, ages 85 to 92, interesting.

I also know that in Pacific combat, most historical records site that combat participants were 40% or less, of total participation, with some battles having 9 support troops for each single fighting man.

Next, consider how few combat vets are alive for these modern documentaries.  Then, listen to their pronouns.

I've also become accustomed to the film usage and narration not being accurate.

"The soldiers lined up for food..." and the same footage, but not from this location, runs across the screen.  The film footage and the narration do not always match.  If you've seen enough of the WWII footage, you soon learn that the same scenes are applied to various locations, without concern of accuracy.

In the Pacific campaign, this vet said the following.

Did he participate in the hand to hand combat?

I believe he saw the running and I believe he ran from the scene, and did not participate in the battle, even though the documentary filmmakers want me to think he did.  The sudden change of pronoun reduces reliability.

Note the strong use of "I" and the past tense verbs.

Although it might be difficult to verify, the fact that he was there and he did see things, is likely true.  People do not like to lie outright.  If he did not use such strong use of "I", PTSD could be considered. The analyst must weigh all factors.

Since he so well used the pronoun "I" (including in a description of seeing mutilated corpses, indicating trauma), his sudden change to the pronoun, "you" reduces reliability.

Watch some of the documentaries and listen for yourself, and post some examples when you hear them.


Peter Hyatt as Statement Analysis Blog at 8:34 AM

He describes two groups running. He's not in either group; he is not a participant.

He said "it was so close you..."
He describes the feeling of being very close. He doesn't describe being in.
I believe he was close the combat, but not in it.

Wow! He watched and ran away! Without statement analysis, it sounds like he was fighting.