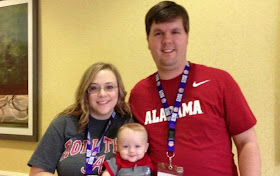 Leanna Harris, wife of Josh Harris, is now also under investigation in the death of her toddler, who was left in Josh Harris' vehicle, who claimed to have forgotten the child was there.

Harris went out, after 7 hours working in Home Depot, to find his child dead, and screamed, "What have I done? I've killed our child!"

The overwhelming number of biological parents use the word "my" and not "our."

"Our" is used regularly when:

The word "child" is associated with risk, such as "child abuse", "child molestation" and "child protective services."

Here, the biological father not only had a need to "share" ownership of the child, but he avoided using his son's name, or title as "son."


We then learned that the father had researched how long it would take for an animal to die in a car and that he had gone out at lunch time and checked upon the child, hours before claiming to do so.

Next, we heard Leaana Harris bizarre statement at the child's funeral in which she seemed to be in concert with her husband, using religious language seemingly to show that their son has been spared certain heartaches of life.  The context and timing was strangely concerning, including her description of her son's lips and some of the more minor 'heartaches' that her son would not encounter, such as socially awkward situations, those things that teach a child how to cope in life.

Police are now investigating her, and we have seen that she, also, researched how long an animal would live in a car, in the heat.

We may see charges levied against her soon.  Her statement is here: