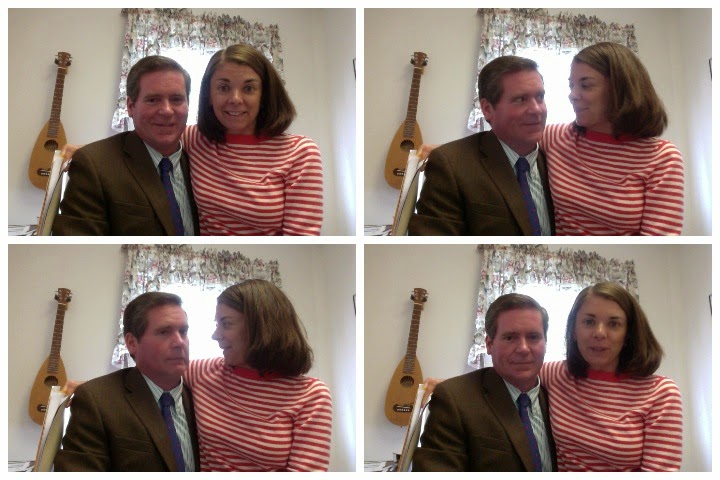 In this continuing series on profiling liars, there is another element of the liar, which is a close cousin to contempt, which is found in the false sense of sophistication that a liar adopts, in a way to justify his or her own conscience.

The conscience being the border set up upon reason, it can tear at the liar to the point where the liar feels vulnerable, weak, or exposed.  This is a childhood trigger that demands an immediate remedy.

Hence, the need for justification.

Emotion is the single greatest force upon the change of language and it is in the liar's best interest to remain as cool as possible.

Morally charged language should be avoided in interviewing.

I do not ask, "Did you steal...?", but "Did you take...?" since the liar may feel strongly that what was taken was owed, to the point of passing a polygraph.  If the child molester only "tickled" the child, I will use the word "tickled" taken from his own internal, subjective personal dictionary, learned in the pre screen interview.  I wish more polygraphers practiced this.

a.  The greater good
b.  Dilution:  "everyone does it"

It saddens me when a reader dismisses deception within a politician's language with "all politicians lie"; as if the issue of lying, itself, was irrelevant.  Some simply mistake unfulfilled promises as "lies" but it is not so.  It is within the intent to deceive, that is, the intent to not follow through, or make good, on a promise, that signals deception.  Many may begin with good intentions, but be stymied by circumstance, compromise, or outright opposition.

Others, boldly, can make claims they know are not true.

These are the ones we should focus our attention upon.

Do not believe that in order to be successful in business, for example, that one cannot "play by the rules."  This is not so.  That one should claim that the only way to get ahead is to practice deception, is but a projection of one's own deception that should catch your attention. This is where the sophistication enters in, which is quite close to the feeling you get being lied to:  that the liar holds you in contempt.

The liar not only must believe that you are not intelligent enough to catch him or her, but may also hold that you are too "simple" and lack the "sophistication" or "business savvy" to really "make it" in the "real world of business."  Granted the endless making of laws, and the endless amending of these laws profits lawyers more than anyone else, and some forms are deliberately designed to be filled out only by professionals, which is job security, but even with these challenges, honest people can and do make honest livings, providing for their families, and providing jobs for workers, while maintaining their ability to sleep at night, ethically sound.

"The Sophisticated Liar" is one who buys off the conscience by telling herself that what she does must be done.  "I must lie on Part A, in order to get Part B."

"I must lie to get elected, but once elected, I will be honest and good for the public..." only to learn that that which rots within the foundation will only find the heavy edifice to be a charade of sorts, with an expiration date far sooner than hoped.  Originally compromised, salvation is not found in the ends, but is long lost, with strength unable to be found when called upon.

Liars do what is best for their own selves, no matter how well wrapped in language that sounds patriotic, generous, or liberal.  When one is willing, for example, to claim that his understanding of Viet Nam vets is great, because he, himself, was in Viet Nam, while having never been there, will do other things, perhaps quite small and not noticed by the public, which are just as damning as if it was done in the light of free press.  It is no small matter for a bully to destroy one life in secret, when that one life is yours.

Liars within the rank and file will, if you are a business owner or supervisor, not take the role of bully with authority, but will seek to "game the system" anyway possible.  The liar is more likely to fall on the job than others, call out sick when well, and "take",  not "steal" that which does not belong to him.  The liar may, for amusement sake, cause a hostile, or in lesser degrees, an unpleasant work environment for others, as the liar may enjoy the drama stirred up at the expense of others.

The Sophisticated Liar is more likely, however, to be found in management position.

the 'sophisticated' commentator is not too far away.  Feigned indifference under the guise of 'all lies; can't trust anyone' doesn't cut it, either, as things regress and are destroyed beneath their feet.
Peter Hyatt as Statement Analysis Blog at 10:33 AM

When I started my career I worked for a very large and powerful corporation. Management lying to employees was the norm. As Peter describes, management felt employees were not smart enough or sophisticated enough to tell the truth. It was rooted in a culture that they had to be secretive to stay ahead of the competition and it affected the way managers interacted with staff. So many lies and we knew they were lying or at least ommitting. At one point there had been announcements of upcoming reorganizations and the rumors that followed for months. When the announcement of reorganization details finally came we were hearing it from co-workers in other cities. Even as we were getting faxes from our co-workers in other cities of the details my manager was denying it and saying it was only rumor. He did not share the information with us untill the next day. The culture has changed in that corporation but there is still a great deal of deception. In the name of good business practices (tongue in cheek.)

OT:
According to a press release, Melissa D. Barton, 25, was arrested for felony theft by deception after an investigation revealed Barton was receiving monetary donations after claiming she had cancer and her son had leukemia.

"I would never do that. The fundraisers that were made in my name were made by people that did not ask my permission," said Barton. " I had a scare last year in October ... and I kinda jumped to conclusions quickly."

She didn't say she didn't do it, just that she would NEVER do that.

I have an ex who is a pathological liar. He has lied about being a military helicopter pilot, a hospital nurse, a computer expert, a sniper in China, a truck mechanic, a biologist/scientist, and a civil engineer. Those are just some of the whopping lies that I personally know about -- he lives 2,000+ miles away and I'm pretty sure there are extensive other lies that I don't know about.

I occasionally joke with my husband that I'm getting to be boring in my old age, telling the same stories over and over, because my stories actually happened. I have only lived one life; unlike my ex's my life history stays the same for every retelling. LOL!