Humor and Substance Abuse In Statements 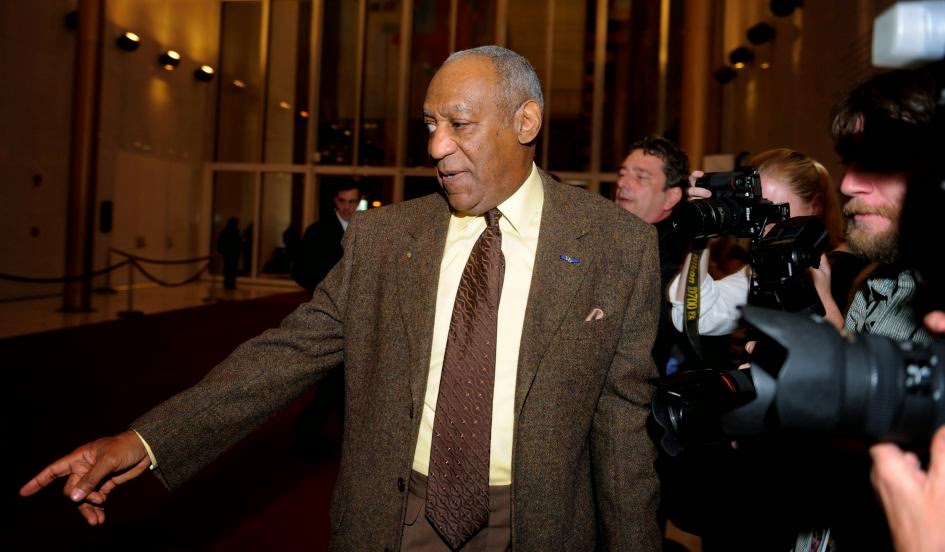 Recently, a woman accused Bill Cosby of drugging her and sexually assaulting her.

I analyzed her statement and found her account to be reliable and truthful.

Cosby's lack of denials, as well as his attorney's denial only confirm what many people have now come to believe.

There are two interesting topics that should be addressed:

2. The impact of substances upon memory, such as "alcohol blackouts" and "drugged" memory lapse.

In this article, I will address humor.

Perhaps medical doctors will address this in more scientific language than what I can provide, however I can speak from experience in more than a few cases, as well as what I have learned from other analysts.

When we say "one is speaking from memory", I sometimes will add the word "experiential" to the analysis. This is because:

One can speak from memory, but still be deceptive.

It may come from memory of what was read in a book, heard, spoken by another, and so on.

This is why I sometimes will add, "experiential memory" to a sentence, for the sake of clarity.

I have addressed this before, but recent postings suggest that I touch upon it again.

In 1969, Bill Cosby released an album of his comedic material and is heard joking about using a substance to, basically, drug a woman into having sex with him.

You must remember this when it comes to humor:

the words chosen are not from a vacuum.  All words come from somewhere.

In some training seminars, I have asked individuals to stand up and lie to the group.  I then ask someone to do the same, but tell a lie that "you have no knowledge of" and over the years:
not a single person can do it.

I follow up by going through the account and ask questions about the specific words chosen.  The results are always the same:

the person picked a story line from a movie, or a book, or what happened to a friend.  IN THE FREE EDITING PROCESS:

IT IS IMPOSSIBLE TO TELL A LIE WITHOUT THE WORDS COMING FROM SOMEWHERE.

Try it and see.

As you go into details, your brain is looking for something it has experienced previously.  This is what the Free Editing Process is all about.  Sooner or later, you will recognize "where you are" in the statement you are making.  Anything from a story told to you in childhood, right up to reading the CNN true crime library about a little girl off to a sleep over who is murdered.

This is precisely why we let liars talk and talk and talk.  The will tell us everything we need to know if we let them talk.

Recall the HLN expert guest who stopped the flow of information during the Casey Anthony saga by dismissing her words saying, "I can tell she is lying; her lips are moving."  Everyone laughed, but I used it as a teaching opportunity.  Interviewing a liar is of great value.

When we dismiss a liar as such, we miss the valuable information held within her lies.

Solomon addressed the issue, in fact, noting that sometimes anger is attempted to be excused with, "it was jest!" when in reality, the vinegar was spilling out.

I listened to the Bill Cosby clip.  It made my stomach turn.

I have had some confess after making jokes of which I asked them follow up questions about their jokes.  Most of these were about drug use in the workplace as they joked about getting high on the job, not knowing that this was why they were called into for an interview.

In the Free Editing Process, even humor is telling.

In a large meeting, one presenter made a joke about children and medication.  Following Statement Analysis, I concluded:

This man took his son's Ritalin.  The audience loved his humor, but his language sounded like it came from experience.

I pointed this out to someone who knew him, and would know if:  a.  He had a son  and b.  his son takes Ritalin.

I always listen for the language that one employs, sometimes giving special heed to humor or sarcasm.


Yet, we must use caution.  "I'm going to kill you if you don't make pizza!" may be said in jest.  I once heard this and asked about it.  At first, the subject dismissed it and said something like, "you've got to be kidding me with this stuff.  C'mon, not everything has meaning!"

As we continued to speak, I continued to press him with questions. Eventually, I made it to the topic of current events.

A pizza delivery boy had been murdered and it was in the news.

The subject didn't even realize, initially, how much that story bothered him when he read it, as he was, decades earlier, a delivery boy, himself.

Those of us with sarcastic leanings will likely be the first to admit that a genesis always exists when we are joking.

Law Enforcement often uses "black humor" as a way of releasing stress; stress that most people, thankfully, do not experience, outside of reading a headline.  It is a defensive tool that the brain uses to protect itself.  This is why many in L/E "keep to themselves" as they sometimes feel that others do not understand them.  This is also seen in the language of lawyers, as they deal with certain phrases unique to them.  In fact, it is in many professions.

Don't jump to conclusions about humor.  Know that it does come from somewhere, but we do not always know without follow up questions.

George Washington said he did not like to give out unsolicited advice.  He said that it is rarely taken and often resented.

you now that word "but" will sometimes minimize that which preceded it, but sometimes it will negate it.

Here, I negate it.

We've all heard couples blister each other publicly, while not missing a tooth in the smile.  The "kidding" is often hurtful and used to convey disappointment, anger, resentment, and so on.  Better to not aim it at each other.

Bill Cosby's humor came from somewhere, even in 1969, and it is my opinion that he was, in deed, joking about something he either wanted to do, or had done.

Don't jump, but do listen.  Even in sarcasm, strong messages are sent.  Listen to the words, as specifically chosen small points within a sentence, and do not interpret.  Don't necessarily think your spouse wants you to die a thousand deaths over a pizza, but do enjoy an interesting and revealing conversation.  Report back your findings.  Be cautious, always think the best, and presuppose goodness.

Up next:  Substance Abuse and Memory.

After the interview, he asks the reporter to assure him that no one will ever know about this.

Lou Ferrigno's wife's story is the oddest of the bunch. Maybe because her story isn't as dramatic as the others' she felt the need to oversell it?

It sounds like the Ferrigno gal is implicating that the Date she was with at Cosby's house had been procuring pretty girls for the comedian.
If so, Camille (a.k.a. Dottie Sandusky) also removed herself from the area & was complicit in Cosby's pattern of behaviors.....

Bill Cosby Stand up - the caption of the video, Drugs, as he begins, " I've had a lot of people work for me" He then is the boss, yes. He continues within his comedy as he is not the boss, he though conveys who they are, no different than him. The person who works hard all week. As they go out on Friday,.. as if they've earned it. To destroy themselves.

This is who Cosby was and is. He an observer. He to study mannerisms, facial expressions, and yes tones of voice. He a comedic Genius. He no one can deny his craft, as is how he observed others. This how he became who he was known for. He to connect with all people. He too one of the only known full facet comedians that never swore.

He does swear I do believe once, in his stage act " Himself", he only to ask the audience of cocaine users, - who he repeats a persons response of his use of Cocaine. It enhances my personality.. he to ask what if you are an axxhole....

Bill Cosby Himself - is who he was onstage. It's not a representation of him in his personal life.

I today am of wain of his person, to be of question upon the allegations. True or not. The ugly does not affect me, as I do not know him. He did not personally hurt me. Not an excuse, it's what is the truth.

Bill Cosby's humor and stand up was a connection between My Dad and I, this what I hold dear. If my Pops were alive today to read, hear the now, he would be speechless. I refuse to taint what was between he and I.

Cosby was booked to perform in the area and the local news station announced that his performance was cancelled and ticket holders would be refunded. I could not believe all the comments defending him and accusing the victims of lying. Then in the same rant, asking why these women would not have come forward years ago. All they have to do is look at their own comments to understand why these women were not able to speak out against him.