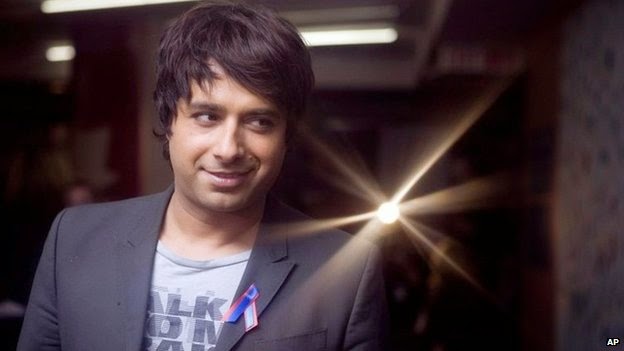 Statement Analysis of Jian ghomeshi showed not only deception, but that there were more victims and that some criminal activity took place. These indicators came only from his Facebook post; that is, his own language.  You may read the analysis HERE

Further analysis on one of the victims showed veracity.

We now learn that he has been arrested for sexual assault.


Former Canadian Broadcasting Corporation presenter Jian Ghomeshi has been arrested and charged with sexual assault, Toronto police say.
Mr Ghomeshi, 47, has been accused of violently attacking women during sex.
He was the host of the CBC's hugely popular radio show Q and sacked by the broadcaster shortly before the allegations became public.
He denies the allegations, saying in an earlier statement the actions were consensual.
He is set to appear in court on Wednesday afternoon.
On Tuesday, Mr Ghomeshi dropped a Canadian $55m (£31m) lawsuit against the CBC for wrongful termination.
In a statement, Toronto Police said the former presenter surrendered himself to officials on Wednesday.
He is charged with four counts of sexual assault and one of "overcoming resistance - choking".
Nine women have spoken to Canadian media accusing Mr Ghomeshi of physical and sexual assault. At least three women have filed complaints to police.
Peter Hyatt as Statement Analysis Blog at 3:55 PM

This arrest is bigger than taking Peter Mansbridge down. Jian Ghomeshi was the "new age guy" so to speak. He was CBC's new branding. This is big news in Canadian media.

Interesting to see he has dropped his wrongful termination suit.

WICHITA, Kan. – A foster dad has pleaded guilty to involuntary manslaughter for leaving a 10-month-old girl inside a sweltering car outside of his house while he and his partner smoked marijuana.

Sedgwick County District Attorney Marc Bennett says Jackson went to a drug dealer's house July 24 before picking up the girl from a baby sitter. After arriving home, he went inside with a 5-year-old child, but left the baby in the vehicle.

It was around 90 degrees outside, and police say the girl was inside the car with the windows up for more than two hours. An autopsy showed she died of hyperthermia due to heat exposure.

Sentencing is set for Jan. 3

The former radio host was released on bail on Wednesday - his lawyer said her client will plead not guilty.

At least three women complained to Toronto Police that Mr Ghomeshi had been physically violent towards them.

Mr Ghomeshi, 47, was the host of the CBC's radio show Q. He was sacked by the CBC last month.

Mr Ghomeshi's lawyer Marie Henein added that she had sought a routine publication ban on her client's case.

She told reporters: "We will address these allegations fully and directly in a courtroom. It is not my practice to litigate my cases in the media."

Mr Ghomeshi is next due in court on 8 January.

Throughout the investigation, he has denied the allegations made against him, claiming his actions were consensual.

The CBC began an inquiry into Mr Ghomeshi's sexual activities after Canadian newspaper the Toronto Star began investigating allegations by an ex-girlfriend that he had engaged in non-consensual, violent sex with her.

After being shown "graphic evidence" that Mr Ghomeshi had physically injured a woman, the broadcaster fired him.

On Tuesday, Mr Ghomeshi dropped a Canadian C$55m legal case against the CBC for wrongful termination.

This was finalised on Wednesday afternoon and it was agreed that Mr Ghomeshi would pay C$18,000 in legal costs.

However, he is still fighting the termination through the union, having filed a complaint with the Canadian Media Guild.

Mr Ghomeshi surrendered himself to officials on Wednesday morning, Toronto Police said in a statement.