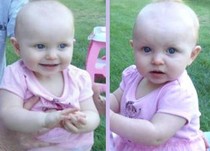 It is difficult to keep up with the requests for analysis, each day.  I must pick and choose, based upon my work load and the nature of the statement and the need of the individual.
I volunteer my services to the Center for Missing Persons, for example, but also continue to work for victims of Domestic Violence.

Far too often, I am sent videos, however, of lengthy interviews with the sender interested in knowing, "well, is he telling the truth or not?", not realizing two things:

In a one  to one and one-half page statement, complete analysis can take up to six hours.  Clients of Hyatt Analysis Services want and need far more than "truthful or deceptive", but need:

a.  Truth or Deception
b.  Profile of subject
c.  Missing information
d.  Leakage

Then, a strategy of questions to pose in the interview process.  This is all done without anything but the allegation.

When the analysis is complete, then the "record" is now reviewed.  In many cases, the record, itself, requires Statement Analysis (you would be amazed to learn how many confessions by pronoun are found within the record of closed case homicides), with additional hours added.

Transcription, itself, is very time consuming.  Often, a 5 minute interview might take someone an hour to transcribe it, in the least.  This is why I am partial to submission requests that the person requesting information gratis has taken the time to transcribe.

This is a wonderful time saver and I am thankful to those of you who alert readers of fascinating stories labeled, "Off Topic" in the comments section, but who often go further and actually transcribe the video for us all.  This not only saves time, but allows for other readers to weigh in, which is always interesting.

This method has allowed me to put out more articles, sometimes, several in a day, that are both interesting and educational.

Here, however, is the caveat.

Newspapers are not always accurate.

Thus far, I have found four (4) different "versions" of Chief William McCollum's 911 call!  (this is the case where a chief of police shot his wife New Year's morning, in bed.)

Other articles said that "the chief said he shot his wife" which is not true.  He did not employ the word "wife" in his call.  This is critical.

This journalistic poetic license was a major factor in the Baby Lisa case with things like, "Mom says she was drunk!" and people discussed her being "drunk" rather than knowing the fact:

She did not say she was drunk.  I believe what one tells me unless they give me reason not to.  Deborah Bradley was unable or unwilling to say "I was drunk" as her reason for giving conflicting accounts of what happened to her daughter.  If she can't say it, I will not say it for her.

What did the language tell me?

1.  Deborah Bradley was not speaking from experiential memory about what happened to her daughter.

2.  When one is not speaking from experiential memory, like the game of "telephone", it is not easy to keep track of not only the story, but the language used.  This is why language change must be justified by the context.

3.  Her attorney saw the break in the story and played Fox News by "revealing" to them the "new" information, "admitting" that Deborah Bradley was drunk.

Fox News fell for it, believing it to be "breaking news" when it was nothing more than lawyer spin.  The same happened to them, again, in the "recent" revelation that the "Nation's greatest lie detector" says Bradley was truthful.

The analysis of the former CIA showed:  he was deceptive.  This was not, apparently, realized by Fox news.  Philip Houston employed language that he, himself, did not believe.
Analysis is here.

"I didn't see those deceptive indicators. She answered the question directly.  We're not giving her credit for answering that question directly.  We've giving her credit for not exhibiting those deceptive indicators. You didn't see any significant non verbals.  What we also saw was that got our attention immediately that in the question she immediately went to the fact that she had been was drunk that night.  She was actually accepting some  culpability of what happened."

It is interesting to see the same statement with emphasis added.

"I didn't see those deceptive indicators. She answered the question directly.  We're not giving her credit for answering that question directly.  We've giving her credit for not exhibiting those deceptive indicators. You didn't see any significant non verbals.  What we also saw was that got our attention immediately that in the question she immediately went to the fact that she had been was drunk that night.  She was actually accepting some  culpability of what happened."

He actually affirms that deceptive indicators existed in Bradley's answer via his own words!  It is like saying, "I didn't see the red light, so I kept driving", which acknowledges that the red light was there. You also notice how quickly he distances himself with "Those" and the change from "I" to "we."

Mothers, often good lie detectors, know what to think the moment the child goes from "I" to "we", and how they love to 'spread out the guilt'.  In Houston's case, it is not that he does not understand Statement Analysis 101, it is that he is pressed into saying something he, himself, does not believe.  He goes from "I" to "we" to "you."

If all you know in S/A is pronouns...you got 'em.  Fox News called him the nation's "number one lie detector" when running the promo for the televised interview.  It proved to be a big "ho hum" for those interested in the truth.  Even with the softball question asked, Bradley is not truthful.

For a better understanding, see the analysis in context by the link above.  It was a thinly veiled attempt to drain out a few more ounces of free publicity by the law firm and its partners, even though it actually increased the risk to their client, as any public statement from any guilty client might.  Since she was not charged, they had nothing to gain for their client, but risked her so they could resurrect a story that could (me hopes) provoke a cold case detective to action.

When journalists take language "into their own hands..." there can be consequences.

As readers here well know, this can change analysis 180 degrees.

For example, (citing this case) some articles that reported the 911 call actually added the pronoun "I" where no pronoun existed!

In other cases (this is common), headlines or introductory statements in the article are quite misleading. One pattern is so misleading that I ask trainees to search out, online, news articles that use the word "Denies" in the headline, and then move to the statements to learn if, indeed, the subject issued a reliable denial (RD) or not.

In most cases, there is no RD.

Having given long consideration to this, the answer evaded me for years, due to its simplicity.  The answer I find is this:

The RD from a subject is heard by a journalist, and interest is lost.

"I didn't do it" coming from someone, with the allegation specifically used, is not newsworthy.  Even untrained journalists get a sense of an evasive answer, or one that is overly emphatic.  (These often make good students of Statement Analysis when introduced, as they enjoy putting the science behind their intuition.)

The cases where a subject gives a reliable denial often yield only short articles, with small headlines. (Just ask Carlos Danger about this).

When we have an actual audio of a statement, it may take more time to get the analysis together, but with just a single addition or subtraction of the pronoun "I" in a complete statement, can change the analysis conclusion.

We analyze the statement, not the person.  Whether it is me, here, or you, the reader, the student, the investigator, or just a newcomer who has strong intuition about truth versus deception, we can only be as accurate as the quote allows.

Just as I, many years ago, found myself 'correcting' the grammar of children in child interviews, (until I heard the audio!), caution is necessary.

Good point on the RD coming from journalists.
And those pesky changing pronouns of the former CIA scream deception.

It is surprising what people think they hear/read. My husband (I don't want to put his name) knows I have been a follower for a few years, so he shared an article with me on Baby Lisa that he thought I would find of interest. He was right. At the time, we were reading about Baby Lisa in here. He never follows these cases, so you can imagine my surprise when he later told me that the mother was "drunk" and that he SAW her say so "on tv." I explained to him what I learned of the case in here. He's not as interested in SA as me which I find surprising. He also believes differently than me in the Ferguson case. SA just isn't his thing. Which is okay. I am not into football lolll.

Haha- "Get Them"- Lucky that you know if hubby answers "Mmm Hmm" to a yes-no question, he doesn't mean "Yes" or even "Yes, but I'm ashamed of it"; he means "My sleazy lawyer advised me to say yes." Let him stay in the dark!


Looking at the latest broadcasted interviews from a bird's eye view, you will notice that what they did was in essence a staging of sorts.

The Phil Houston and Bill Stanton firm flew into KC to do their own investigative interview of each of the parents, separately. Why did they do this? Was is to vet out their new clients?

We now know that they decided fairly recently to release SOME of those interviews.

What is the significance of the timing of these latest news broadcasts and how much video did they actually give to FOX NEWS? Why did Team Bradley decide NOW to go to the media with these interviews that took place more than THREE years ago?

Here is a theory? She admits during the interview with Megan Kelly that she has a meeting with LE 'sometime after the holidays.'

Wonder how that went and if any enterprising local media will follow up with that.

If you have time, can you analyze one or two things about the "Serial" podcast case? Is there any way we (the followers of your blog) can help by providing the statements at issue?

Here's a new affidavit from a potential witness who was never called to testify by the defense attorney at trial.

Peter, I agree with you about Houston! I can't figure out why he appeared on Fox to defend Bradley's "honesty." You're exactly right, it was a ho-hummer for those of us who have already seen the deception in Bradley's words.

Peter, I agree with you about Houston! I can't figure out why he appeared on Fox to defend Bradley's "honesty." You're exactly right, it was a ho-hummer for those of us who have already seen the deception in Bradley's words.

Journalists lie to illude the truth. It benefits not only them, but their team of investigators that hope to prolong the drama, cash in on advertising revenue, and promote their own "government vetted expert" which would be more beleiveable than anyone with real information that could lead to finding this child-dead or alive.

A good example is Seventh heaven's Stephen Collins articles. Headlines are claiming he denies, but that is not a reliable denial. He uses words like absolutely, just, etc. He also goes into a definition explanation.