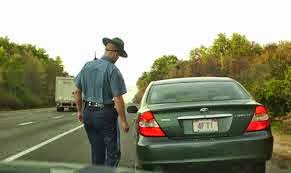 Here, in part two of Statement Analysis in Traffic Stops, we look at the question,

"How many drinks have you had?" and show why it is important for Traffic Duty officers to be trained in Statement Analysis.

I.  The Research and The Liar's Number

II.  How Many Drinks?  Analysis


Specific Example of usefulness of analysis.

First, the "liar's number", then, the Title in Analysis.

When a police officer suspects something wrong with your driving, he or she may ask, "How many drinks did you have?" if the odor of alcohol is present, or if the driving exhibited warrants this question.

Readers will recall the research of Mark McClish, which I, and many others (including readership) have confirmed:  the liar's number is three.  Mark found this in his own work and of those he has trained, he asked to contribute examples.  My own work agrees.

This means that when a person is going to deceive, and must choose a number, they often cling to "3" in their story.

Perhaps it is that 2 sounds too small, but 4 sounds like too much.  3 is just right.

In cases sited here, we have seen there were "3 attackers" and "3 boats coming after us" and so on. It does not mean that 3 attackers did not rob a subject at 3PM on the 3rd floor, but that we simply 'flag it' for possible deception when the number enters the language of the subject.

There is, however, an exception to this.

When one is suspected of drunk driving and the officer asks, "How many drinks did yo have?"

"Just two, Officer" is the most commonly reported reply.

"Just two, Officer" is something very different from,

"Two, Officer" gives the number, "two" with the title of the law enforcement official.  It is a strong response.

Yet, when the word "just" enters the vocabulary, there is a change:

"Just two, Officer" (and, as we will next see, "Just two!" without the title.

The word "just" is employed because I am comparing my number with a greater figure.

When one answers, "Two, Officer" it is done by the brain signaling the tongue, in less than a microsecond, what words to use.  These two words are chosen quickly, but then, when the mind is thinking of a higher number, the brain signals this fact by sending the message to the tongue, so very quickly, to utilize the word "just" in language.

The brain quickly scans its list of vocabulary and produced "just" without debate or pre-thought.

For the officer, this is a signal that:

The subject is thinking of more than 2 drinks.

Remember, the word just is used when comparing something to a "greater" amount.  This is reduction.

It could be that, while at the bar, the subject was offered a third drink but wisely turned it down.

It could be that the subject actually had 6 drinks and when he went to lie, the brain "leaked" out, in less than a micro second, the word "just", which the trained officer heard and acted upon.

More times than not, the word "just" is used because the subject is comparing the number two with the actual number of drinks he had.  Yet, the officer must be open to other possibilities.

If the title is missing in the discourse (beyond this one sentence), there is another issue at hand.


objection:  you are teaching drunk drives to lie?

I once had a police officer tell me that my analysis of a 911 call in domestic homicides was "teaching criminals how to get away with it."

Get away with what?

Get away with domestic homicides.

I struggle to imagine someone planning to murder his wife or girlfriend, asking himself, "Hmm, should I research Statement Analysis of 911 calls of domestic homicides in order to fully plan this out? Then, when I call 911, I will get away with it"

Perhaps I miss something.  I asked him, "Do you really need me to answer this for you?"

In the scenario of being pulled over, the subject is, odds on, likely to have not read this small blog prior to going out, drinking, and being pulled over.  Besides the crazy odds of such a thing happening there is context:

He or she is, therefore, likely to speaking freely, that is, in the Free Editing Process.  I don't think the driver is going to "stick to the script" answers.

And should this blog entry be so widely read that a person who was drinking, got behind the wheel and was pulled over, be able to remember reading this blog, at the time of the pull over..

well, you get my meaning.

OT - Bob Bashara sentenced to life in the death of his wife Jane. If you get a chance listen to the judges comments, she was great! She held nothing back and really let him have it.

Great Job.
From the get go when i saw the initial presser with him, his mom and son it was red flags all the way.

I knew he was involved.

Last i heard the trial was ongoing, i didn't know he had been found guilty since i saw nothing in the news.

LWOP good.
He was already doing time fro trying to have the other man killed off who was involved.

He was convicted in Dec, his sentencing today.

I agree Hobs, right from the get go there were red flags. He was an entitled, spoiled little brat man-child who was used to getting what he wanted. Jane on the other hand was by all accounts a loyal wife, hard working woman and loving mother. I guess for some women it's too hard to give up the life they know and start over. The cost of that fear was too high. I'm glad there was Justice for Jane.

1) No one should answer the question freely.
2) But if you do, at least give the context of the amount of time you had them in. Two beers in 30 minutes is different than three beers over 5 hours.

But the thing is, even if someone tries to lie and has a basic knowledge of Statement Analysis there are two problems that will always be encountered:

It would be impossible to maintain lying, even if someone started out with a script using Statement Analysis, because as you taught Peter:

1. The brain knows what it knows.
2. There will always be leakage. It would be impossible to predict every potential question and try to respond using SA, because leakage would creep in.

By the way, I loved this analysis and guessed the "just" was the problem with "two." It's nice to get some of these right once in a while!!!

Ah, but each of those "just two" could have been very large!

I guess if you had two very large drinks, your brain would know this is more than two usual sized drinks that you're trying to give the impression you had, so you'd probably still leak marbles and red flags.

Why do people answer this question from a cop??? You do not HAVE to.
If you are drunk, you will be caught by the breathalyzer.
If you are not drunk, the breathazizer can exonerate you.
Nothing good for you will come from answering.
Lawyer up.

Sara, I guess my question to you is, why wouldn't you answer that question? If a "cop" asks you a simple question, you should answer it out of respect and because it's the right thing to do. If he asked you what your bra size is that's another story. The only people afraid to answer that question are the ones with something to hide. And if they have something they feel they need to hide, they shouldn't be behind the wheel because they can hurt or kill other people driving impaired.