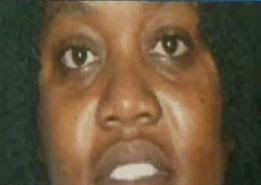 This is the case where a man claims that his almost three  year old son shot his mother.  Statement Analysis is in bold type.  The analysis is not complete as the 911 call has not yet been transcribed in its entirety, but there are indicators available to the reader within the edited media edition that may tell us the truth.

Each person has their own linguistic code of which an analyst must 'break' and enter.

MIRAMAR, Fla. (WSVN) -- Police have released the 911 call from a man claiming his toddler son had shot that boy's mother dead.
"My baby's mother, oh, um, oh, God ... Oh, God, I can't believe this," said the caller.
Note that he describes the victim as his "baby's mother" and does not use the name.

This should cause investigators to learn if he is de-personalizing her or distancing himself from her.  It may be that in the rest of the tape he did, but at this time, it is simply flagged for follow up.
Note the inclusion of what he cannot believe, is in the negative.
Note that guilty callers will often avoid asking for help for the victim, but rather will slip into asking help for themselves.  They may even include the words "I'm sorry" within the statement.
According to Miramar Police, 911 received a call from Troy Bailey Sr., saying his 2-year-old son, Troy Bailey Jr., grabbed his gun and fatally shot his mother, 33-year-old Julia Bennett. All three were inside their apartment at a complex located in the area of 8520 Sherman Circle North. "He shot his mom," Bailey is heard saying on the recording. "God in heaven, help me please."
Note that he blames the child;
Note that he asks for help for himself, not the victim.  This is an indication of guilt, though until the full transcript is up, we cannot make a conclusion.  It may be on other parts of the tape he did ask for specific help but when help for the victim is not specifically stated, it is an indication that something is wrong.
When the 911 operator asked who shot Bennett, Bailey Sr. said, "I was taking the gun from him. I was trying to take it from him ... From my son, from my son. He's right here."
Note the sensitivity in that it appears he did not answer the question, which, in Statement Analysis, means the question "who shot her?" is a sensitive question.

Police should now be looking into two aspects:

1.  Did he shoot his son's mother?
2.  Did he teach the child how to fire the gun?
Note the sensitivity in the repetition as well as the change:  "I was taking" to "I was trying to take it"
The caller went on to say how he tried to take the gun from the boy when it went off.

"Jesus Christ, God. Why did you put my son in this spot?" he said over the phone. "Oh, God, no. He's my life. I've never gone through something like this."
Note that the caller blames God for putting his son in this "spot"

We note any inclusion of divinity in a statement.
Note the inclusion of this personal emotions/thoughts:  "I've never gone through something..." which is in the 'perfect' or 'logical' position.  This should be flagged:
Emotions in the logical part of a story indicate deception; whereas thoughts should be flagged for sensitivity (which may lead the analyst to conclude deception on a whole, but not by themselves)
According to Miramar Police investigators, the child's father told them he left the .9 mm Glock semi-automatic, for which he has a concealed weapon's permit, in the reach of the child. That child, the father told police, then got hold of the gun.
A judge has placed the child in the care of one of the boy's maternal aunts and his maternal great-grandmother. Should the father want contact with his son, he will need to contact the state to seek permission. He is not allowed contact with the victim's family.
At the custody hearing last week, the child's advocate said the Broward Sheriff's Office was not able to locate the father in order to notify him about the hearing. At the dependency court hearing, Lisa Glick of Children's Legal Services, said, "BSO has been unable to reach the father at this time and does not currently know where he his."
Miramar Police, however, insisted, they knew where the father was all along. They said Bailey was never missing and is cooperating with the investigation, which remains on-going.

The police should ask him to sit down  and right out a full statement.  They should make careful note at the time he begins his statement.  If he asks, "when do I begin?" he should be asked "when would you like to begin?" and then instructed, if he continues to ask, to begin when he woke up, or even the night before.

A full statement will generally yield enough information for police to know what happened; but then the investigation continues with proving what they know.  This is where evidence gathering begins, including any history of domestic violence, arguing, insurance policies, child support, alimony, etc.

Some callers may be deceptive due to other issues, including permit, why he has the gun, etc, but here, specific sensitivity is noted in response to:

Bailey Sr. was initially questioned by police at the scene but has not been charged. At the very least, the father could be charged with negligence for leaving the gun in the boy's reach.
Peter Hyatt as Statement Analysis Blog at 10:25 AM

I'm not getting in to who shot the mother right now.

Last week a two year old took her mother's gun out of her purse as they shopped at a Walmart, and shot her mother dead.

The odds are you or a family member will be injured by the gun you're carrying rather than you ever using it to protect yourself against a criminal attack.

John,
I am looking into it.

This leaves me with some questions that can only be answered by reading the full transcript.

They pulled the 911 call John. I just tried the link.

The reason the odds favor you being injured by your own gun is suicide, generally not a shot by others (although obviously that happens occasionally too).

He worries for himself and he doesn't ask direct help for the victim. He introduces the idea, that his son was placed in the situation by someone, and that the gun was in both his and his son's hands at one point.

The articles I read said the boy was 2. And the gun was a flock. Is that even possible?

I don't know anything about guns but thought the cop also had a flock and so it was doubtful he "accidentally" pulled the trigger.

Also....for you "gun people" I have heard that when shooting a gun it can have some throwback that would throw a person back? Correct woth this type of gun? I would imagine harm to a 2 year old firing this.

Ok, I just watched a video on YouTube of an 11 yr old firing a glock, again I know nothing about guns so any that has more comments on the ability of a2 year old to do this please comment but this much older child who is prepared and holding arms firm and locked is pushed back a bit each time.

I can imagine that a child shooting what they thought was a toy who was not holding firm would be knocked back.

Came across this page after researching gun safety, or lack thereof in this case. Sticking my neck out here since I'm one of the "gun people" hoping to have a mature discussion. Just to clarify some things:
 Some of the articles around the web that cover this tragic incident comment that a 2 year old is "too small” to pull a trigger. Unfortunately not true; the firm grip of a toddler has enough strength to fire a 9mm Glock.
 Also, to address some questions here. A pistol like the one in this case won’t “throw” him to the ground or across the room. He may lose his balance, similar to if another toddler jogs up to him and runs into his shoulder.
 If you’re really curious about learning about guns. I’d ask you to consider taking an introductory course from a qualified instructor. Even if you don’t intend to own one. It may be helpful to understand how to handle one safely, especially if you come across an unsecured one like this unfortunate toddler did.