Humor and Sarcasm in Statement Analysis 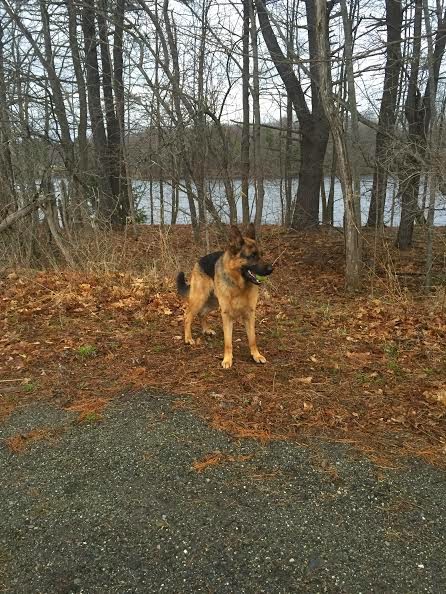 Every so often this comes up, sometimes in the point of objection saying, "yeah, well, he was being sarcastic.  You're too literal!"

1.  The overall context, that is, why the person is speaking or writing.
2.  The contextual embedding of a word within a statement; that is, where a particular word is placed (syntax) near others, and how it is associated with the other words used.

Last month, while suffering from an extremely cold and snowy April, a friend living in a warmer climate boasted that he was outside, in the warm sun, polishing his sports car.  This was a gentle needling reminder that he objected to me moving to New England, warning me about how long the winter really is.

He then mentioned a scratch he found on his car.  I know what he thinks about his car and tease him on just how close his kids are to driver's ed.
He knows where to needle me, and I know where to needle him.  He was a marvelous sense of humor, including a quick wit.

"Did your wife cause that behind your back?" I asked.

Without missing a beat, he said, If she had, I'd be serving her with divorce papers today."

The comical intent was noted.  He adores his wife and would do anything for her.  He loved his car, but not like his wife.  She's intelligent, beautiful and as quick witted as he is, like a life's match, perfectly suited to rebut anything he dishes out.  They're fun to listen to as the teasing is never harsh but clever.  This, however, was a bit different, from my perspective.

I pointed out that he introduced "divorce" in his humor.  He laughed and said for me not to "try that with me." I knew he noted that my voice inflection wasn't displaying humor or even light-heartedness.

I said that I was serious about my question.

He countered with not only how I knew how he felt about his wife, but how it was just humor and Statement Analysis doesn't take humor into account.

I said that it looks at the words used, even in humor, and the words came from somewhere.  I asked him to think about it, including:

Did you see a TV show about divorce?  Was divorce something talked about at work?  Is a close friend or relative getting a divorce?

I asked him to just give it consideration.  He said, "You're crazy" and let it at that.

Knowing him for many years, I know him as honest and with strong self awareness, indicative of "emotional intelligence."  I knew he would give consideration to my request.

Almost one month later he called and had a somber tone to his voice.

"You know how much I love my wife.  You know.  You know me and you know her.  It was really hard and I don't think I would have even admitted this to a therapist, but divorce has been on my mind, but maybe not like you think.  I was passed over for a promotion that I deserved and I felt so low about my self that I could not even tell you about it."

He went on to say that after his joke to me, he decided to share his fears with his wife.  He said he actually thought, for a fleeting and frightening moment, that she would want to leave him for someone "more successful."

She assured him that it was not true, and that it was foolish.  He admitted how foolish he was to even think this way.

I assured him that men often doubt themselves when tested the way he had been tested in being by-passed at his employment.  He said that fearing that she would divorce him was actually a cause for weeks of sleeplessness, which he blamed on not being promoted, but once he 'cleared the air' with his wife, his sleep returned, and so did his confidence.

Our words exist in our internal personal dictionary.  What causes us to choose them, specific ones, is due to several factors, including the obvious:  the question, or the conversation content.

Emotion, however, is the single greatest element that causes a change in language.

Emotion is also a powerful dynamic which causes us to choose words, which is why it is sometimes wise, when angry, to withhold a word, withhold an email, or not articulate a thought.  It is also a critical factor in parenting:  to teach a child to govern his or her own emotions through self-restraint.  Avoiding extreme highs and lows, in daily life, is a good start.

Language comes from somewhere.  It may be difficult for some to admit such, but it is, nonetheless true.

Even comics are known to admit how they use their own personal depression and anxiety in their routines.

We teach to listen to the words used, in the analysis.  That you discern such things as sarcasm is not needed to be taught:  it is automatically done.

An interesting side point:  the art of understatement.

This was something often considered "distinctly British", and appealing to some in old movies where without listening, much is lost.  It is anything but obvious and it is what made Hemingway, for example, famous.  One must heed while reading in order to glean.

Similarly, one must listen carefully, particularly through training, and practice, to be able to discern truth, deception, and content.

A Georgia sheriff faces reckless-conduct charges after shooting a real estate agent while conducting what he described as “police training tactics” inside a model home in a suburban subdivision.

His words, if he does give a first hand account of what allegedly happened will get to the truth, or a least indicate one way or the other whether subterfuge has some part to play.

That was a great story and a great friend to let you share it! I felt so badly when I got to the part about him being passed over for a promotion and it all made sense then. I'm so glad he was able to talk to his wife and get his respect built back up to where it belongs. It IS funny how words creep in without even thinking about it. I noticed it happened a week or so ago. I'd like to share.

One of my girlfriends and I have been walking before dinner a few nights a week. She sent me a text that she was sick. I texted her back and said something like "I'm so sorry, I really hope you feel better soon." I remember thinking why did I include the word "really" because in here (your blog), we know that to be an extra word. I thought about it on and off for a couple hours and then it hit me. I used the word "really" because in the back of my mind, I didn't believe she was sick! I HOPED she wasn't sick and I hoped that she didn't feel like she had to make up an excuse instead of telling me she wasn't interested in walking because frankly, I didn't want to that night either ha!!!!

The Democratic mayor now says she'll accept outside intervention to rebuild public trust in a city torn by riots over the death of Freddie Gray.

'I am determined not to allow a small handful of bad actors to tarnish the reputation of the overwhelming majority of police officers who are acting with honor and distinction,' she wrote in a letter to the new U.S. attorney general, Loretta Lynch.

I love when they leak.
The reader is left to assume she is referring to the Police when she talks about bad actors, when anyone familiar with SA will look at what she really said and know the truth.

Another DOH! moment brought to you by SA the skill that keeps on giving

The hearing scheduled to start Monday, May 11 for the case against Tammy and Sidney Moorer in connection with Heather Elvis' disappearance has been delayed.

Horry County Solicitor Jimmy Richardson said there is no need to have hearings and motions in relation to the case at this time.

"Everyone agreed with that decision during the telephone conference," he said.

The trial for the couple was set to take place the week of May 11, but was delayed in March.

New dates for the trial and the hearings have not yet been set.

In December, the May 11 trial date was set.

More than 800 jurors were originally requested for the May trial.

Sidney Moorer, 38, and Tammy Moorer, 42, are charged with Murder, Kidnapping, Obstruction of Justice and Indecent Exposure.

Elvis has been missing since Dec. 18, 2013. Her car was found at Peachtree Landing the following day.

Investigators determined the 20-year-old from Horry County was killed at Peachtree Landing in Socastee.

Her body has still not been found.

Tammy and Sidney Moorer were released on bond in February.

Amazing. One word - divorce- in the midst of a comment was a tip off to a difficult situation.

Matthew 12:34 "Out of the overflow of the heart the mouth speaks."

Good catch. Glad your friend worked through the fears that were tormenting him.