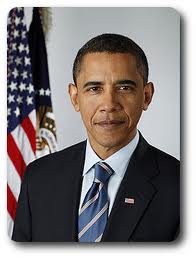 Ramadan has come to an end.  For the "religion of peace" the totals for these 30 days, those killed in the name of the religion, as obedience to the Koran:

The number of dead in the name of Judaism, Christianity, and all other religions:   0

This speech was made closely after the killing of Marines by Mohammad Abdulazeez  instead, returned to revisit the shooting at the church last month that created racial animosity in the nation.  This is not to only insult the families of the dead, but to continue to stir the racial strife in America, in spite of the many calls to stop.

Note that he does not mention the dead Marines, nor their loved ones.  Initially, we were told "not to rush" to judgment, which led people to ask, "Since we are being told not to rush to judgement, is this a signal that it is Islamic terror?" and "What is the name of the shooter?".

In the wake of the dead killed in the name of Islam, Obama ignore the dead, but again lectures Americans about  "respecting" all religions.  This is the very tolerance that the Koran condemns and refuses to show to other religions.  The hypocrisy towards us could not be stronger, but the consistency in leaving Americans hostage to the Islamic State of Iran, while deliberately arming our Islamic enemy, could be no stronger.


"Michelle and I would like to extend our warmest wishes to Muslims in the United States and around the world celebrating Eid-ul-Fitr. As Muslims mark the end of the month, they are reminded that Ramadan is a time to reflect spiritually, build communally, and aid those in need. While Eid marks the end of Ramadan, it marks a new beginning for each individual – a reason to celebrate and express gratitude on this holiday.
For millions of Muslims, the morning of Eid is marked with the call to prayer echoing through cities and towns across the globe. Millions of people head to local mosques for special Eid prayers followed by festive gatherings, gift exchanges, and feasts among friends, neighbors and families. The diversity of traditions paint the vibrant images we see from around the world capturing the spirit and excitement of Eid – colorful dresses or white garments decorating the masses of people standing in lines for prayer, lanterns and ornaments lighting up bazaars and neighborhoods, intricate henna designs painted on hands of young girls and women, and an abundance of delectable foods and aromatic cuisines.
As Muslim Americans celebrate Eid across America, the holiday is a reminder to every American of the importance of respecting those of all faiths and beliefs. This past year New York City Public Schools announced adding Eid to their official school calendars alongside Christmas, Hanukkah and other holidays – an acknowledgement of the great diversity and inclusiveness that adds to the richness of our nation. During this year’s White House Iftar, I had the opportunity to meet inspiring young Muslim Americans who are leading efforts for greater understanding and unity across diverse communities. Following the Iftar, one of the young attendees helped spearhead an effort that raised more than $75,000 for the churches burned in the wake of the shooting at Emanuel AME Church in Charleston, South Carolina. Americans of all faiths and beliefs must stand together to protect our democracy and strengthen our country as a whole.
Michelle and I hope today brings joy to all of your homes, both here in the U.S. and around the world. From my family to yours, Eid Mubarak!"
Peter Hyatt as Statement Analysis Blog at 10:51 AM

I wonder what the Jewish people in Isreal and U.S. are thinking about our president.

Seriously? I'm sure the friends and family of the 4 Tennessee Marines have no joy in their home today...much less the families of the Tunisian Beach tourists massacred as they relaxed on the beach. Mr. Obama, tell it to the families and friends of 2988 killed and the nearly 3000 injured during Ramadan alone. Joy??? Really? The arrogance and audacity by Mr. Obama, in this address, is overwhelming.

First of all, why are we being admonished by our President to respect any religion and its followers? What happened to Separation of Church and State that our President trumpets when it suits him and his audience? When has he admonished Americans to "respect" Christians, Buddhists, Hindus, etc.?

Secondly, since when does the Commander-in-Chief admonish a nation to respect a specific religion and its followers? Remember that Separation of Church and State principle? As he is both President and Commander-in-Chief for the duration of his term, he's using and abusing both his authority and the office to push an agenda.

Third, note that Muslims are not admonished by the President (or their spiritual leaders or doctrine, for that matter) to respect those of differing faiths. We are only to respect them.

Finally, President Obama should have spent more time studying World History and Religion while getting his degree. He would have known that Mohammed's first jihad was in 630 A.D. and the first Crusade was in 1096 A.D. (466 years later). Inconvenient truth: The Crusades were in response to Muslim military aggression, brutality, violence, and massacres occurring in the Middle East/North Africa/Southern Spain regions. It is and has been a violent, murderous, intolerant religion since its inception. Its history is marked with deceit by various rulers, intended to lull its neighboring countries and enemies into a false sense of security and "peaceful" cooperation/co-existence...only to attack and subdue them in the name of Allah.

The cordiality and conciliatory tone indicated by Mr. Obama (and Michelle Obama, by inclusion), as well as the rebuke to non-Muslim Americans should be alarming...especially in light of how many "lone gunman"/"domestic terrorism" incidents perpetrated by Muslims on American soil within the last 15 years. With his opening remarks, he is figuratively (and linguistically) bowing, fawning; eager not to offend.

Dear America- The message here is if you are not Muslim, your life and that of your family and friends is worthless. You are being instructed and expected to bow.

I have family from israel, they do NOT trust him.

As Commander in Chief, he ignored the dead and injured of our military.

I have no words.

Bill Cosby testified that he paid at least one woman he had sex with, and routed the payment through his agent so his wife wouldn't find out, according to deposition documents published Saturday.

Excerpts of the deposition, parts of which had been released by a judge earlier this month, were published Saturday by The New York Times.

Cosby, 78, has been accused by dozens of women of drugging and sexually assaulting them years ago. He was never criminally charged and he and his representatives have repeatedly denied the allegations. A Cosby representative declined to comment on the report Saturday night.

The excerpts published by The Times say Cosby told a questioner that he planned to write a personal check instead of using a foundation to help pay for the education of Andrea Constand, the woman who later sued him in the Pennsylvania court and alleged that he molested her in 2004.

Asked how Cosby would explain the check to his wife, Camille, Cosby said "I would say to her that here is a person I would like to help," he said

Constand alleged in the suit that Cosby gave her pills in 2004 and said they were herbal supplements, but that she felt woozy shortly thereafter and was then molested. Cosby and Constand settled the case in 2006. Cosby called Constand a liar during the deposition, The Times reported.

Cosby also said he arranged for his agent to pay $5,000 to another woman who later came forward and said she was sexually assaulted, according to The Times, and Cosby then reimbursed the agent so his wife wouldn't find out.

In the documents released earlier this month, Cosby said he obtained prescriptions for a powerful sedative to give to women he wanted to have sex with. The federal judge unsealed portions of that deposition on July 6 because of the "stark contrast" between Cosby's public persona the allegations against him.

Cosby said in the deposition he viewed the relationship with Constand as consensual, according to The Times. "I think that I'm a pretty decent reader of people and their emotions in these romantic sexual things, whatever you want to call them," he said, according to the newspaper.


That guy has more desire to be in the spotlight than any Hollywood type I have ever heard of.

Too bad for us and Israel he hid his real intentions before the election.

Also too bad for us and Israel is that too many citizens and non-citizens will not look beyond the Hollywood charm and see what he is doing to them, and us, and Israel.

We are in a heap of trouble.


This would be the first President to give a speech for Ramadan?

Yes, O is a Narcissist, plain and simple.
It will be nice when he retires to Hawaii and we never have to be annoyed by him again.

I am very concerned that Trump is still leading the news...
Shocked he isn't a democrat.

The man is slimy as all get out and his claim to be a Godly Christian makes me hurl.

"When I drink my little wine...and have my little cracker..."
Moderator Frank Luntz asked Trump whether he has ever asked God for forgiveness for his actions.

“I am not sure I have. I just go on and try to do a better job from there. I don’t think so,” he said. “I think if I do something wrong, I think, I just try and make it right. I don’t bring God into that picture. I don’t.”

Trump said that while he hasn’t asked God for forgiveness, he does participate in Holy Communion.

“When I drink my little wine — which is about the only wine I drink — and have my little cracker, I guess that is a form of asking for forgiveness, and I do that as often as possible because I feel cleansed,” he said. “I think in terms of ‘let’s go on and let’s make it right.'” [hot air]