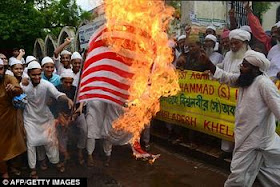 Donald Trump said that he saw a video of thousands of Muslims in New Jersey celebrating the 9/11 attack on television.

Since that time, media has said it is a lie and no such video exists. To this CAIR and other Muslim groups agree:  Donald Trump is lying.

Since that time, many people have come forward to say that they saw the same video. 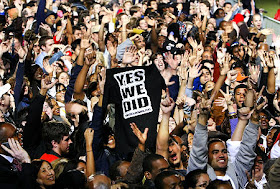 Then, media reported that in Patterson, NJ, a few "children" celebrated in a street, but there was no large celebration.

My question for readers is this:

When someone asserts to have seen the video, how would you, the reader, know if the person is telling the truth?

*Consider that "reliable" may not be accurate.   This is very important in analysis.  In context, if media showed a video of Muslims celebrating on 9/11 from Pakistan, but the print on the video visible on TV showed "New Jersey Community Celebrates 9/11", the one who saw this would be incorrect, but the language would show "reliable", that is, no lying.  We can be wrong and not be lying.

Consider the formula for reliability in context of emotion associated with the terror of the day.

The formula for commitment is the pronoun "I" and past tense verbs.  This should be done without sensitivity indicator, nor need to persuade, except need to persuade is now "on the table" contextually, since "lie!" has been overwhelming alleged.

There should be a strong commitment to what one saw, and given the passage of years, some form of memory or emotion now processed.  This can include memory of the emotion at the time, but it should be closely associated, linguistically, to what one alleges to have seen.

Here is an actual statement for analysis about the 9/11 video.

"I saw the 9/11 video of Muslims celebrating in New Jersey.  I was shocked and wondered, "why do they hate us?" I was surprised when the video did not replay over and over.  Back then, the news was on "constant alert status" with repeated video of the towers, people running and so on.
The video was more like 'hundreds' and not 'thousands' and I saw people dancing in the street, singing, jumping up and down.  I saw men, women and children celebrating. Recently I read people saying that American flags were stepped on and I think I recall that, too, but I am not certain."
Statement Analysis Blog at 12:05 PM
Share