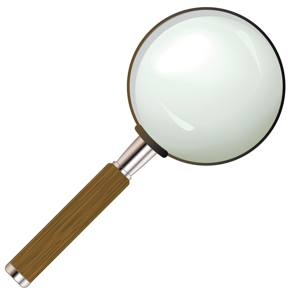 Recently, I had an opportunity to answer a question about how long training should be to reach an area of expertise in Statement Analysis.


Once someone is proficient at "statement" analysis, if he or she conducts live interviews, such as in employment interviewing, patrol, employment, or in taking a deposition, they will begin to move to "discourse" analysis, or statement analysis 'on the fly.'

I have found that when someone has circled enough pronouns in training that eventually, they 'circle pronouns in their head' while another is speaking and will pounce on the change of pronoun, even mid-sentence.

The three steps for professional efficiency are:

The guided training is intense, but restricted to once per month.  It is so intense that the brain needs time to not only process, but recover.  This "guided training" includes one instructor, and a number of analysts who are exposed to each other, brining intense peer review sharpening.

Think of a college hockey player allowed to practice with professionals for a few weeks.  When he returns to college hockey, for example, he is now sharper than his peers and finds "the ice has slowed down", which is a brilliant phrase that shows what happens when the brain becomes more efficient at rapid processing and it instructs the body how to react.

In our ongoing guided training, live cases are worked, and the professionals push each other to extraordinary depths.  Two years of this and we have a sharp 'eared' expert.

I offer this as an example;

A man reported recently that he was car jacked at gun point and his car stolen.  He wrote out a statement.

I used it to test trained professionals knowing that some investigators are likely to miss the deception within the statement and would conclude that he was a genuine victim of theft, especially since his car is gone and miss some important missing information.

Of the trained professionals I tested with the statement, I sought two things:

1.  Would they find the deception?
2.  How long would it take them to find it?

I had them all time themselves.

These were the results:

2.  Every trained professional found the deception in 5 minutes or less.

One found it in 17 seconds.

The statement showed that he was truthful, sentence by sentence, but was deliberately concealing the identity of those who stole his car.

100% of the professionals found the reason why:

the subject, himself, was involved in criminal activity at the time of the theft.

100% of the professionals correctly identified the criminal activity he was involved  in.

This short conclusion came from steady, guided training.  It was so quickly, they knew exactly where they would target the questions.

The speed in which they found deception and identified the criminal behavior is indicative of how proficient they have become and how, when a subject writes a statement, the professional can excuse himself for a few minutes, and do quick analysis work and know precisely where to focus his or her questions, to obtain an admission.

For formal and intense training, contact us through Hyatt Analysis Services for seminar or training at home.
Peter Hyatt as Statement Analysis Blog at 9:17 AM

I went to see irish comedian Ed Byrne last night.
I laughed my socks of.

I also noticed that as he spoke about various things, his life in particular, he was leaking marbles like the end of a game of kerplunk.
It made me laugh even more

Comedians should sit in a bath given the amount of personal information the leak out about themselves. Albeit in the guise of a joke /story. Lol

Yep, i was laughing at myself picking up pronouns and leakages well as at him.
I recommend you go see him if given the chance

I've always just "known" when someone is lying

Don't ask me how

I can even do it over the phone

I sort of smell it...I spent a very successful career in Fraud/investigations with zero qualifications because I could smell it

Perhaps its due to growing up with psychopaths (sibs)