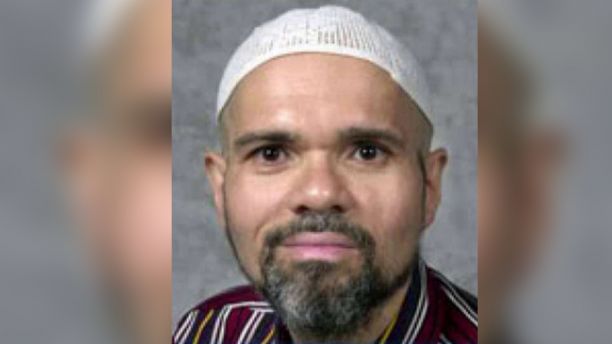 Islam is an ideology which began with pedophile cult leader, Mohammad, who was a violent sexual predator and murderer.

His life and teachings subjugate all disagreement and calls for the death of any who disagree.  It has led to 1400 years of sexual violence, hence, the name, "the religion of peace", which in Statement Analysis shows "heavy importance", as it should be "unnecessary" to say.

It is an ideology of supremacy, which seeks advantage over others, while yielding nothing to anyone. It views tolerance as weakness, compromise as surrender, and each yielding society does from Muslim complaints is taken as affirmation of its supremacy, from foods to school holidays to polygamy.  It views welfare as payment from the 'infidel' and uses democracy, tolerance and freedom in exploitative manner.

The koran teaches explicit manners of death to those who do not 'submit', including beheadings and rape of non Islamic women.

It is an ideology that opposes freedom, human rights, and progress.   Mosques feign "peace" while supporting jihad.  CAIR is another deceptive Islamic organization.


A Kent State professor long known for fiery anti-Israel rhetoric is under investigation for alleged links to ISIS, and an independent probe Tuesday turned up disturbing posts on his purported Facebook page praising Usama bin Laden and urging Al Qaeda fighters to merge with the black-clad terror army.

"Sheik Osama (May Allah be Pleased with Him) was the greatest, and desrves (sic) praise for kicking off this jihad," one post from an account in Julio Cesar Pino's name begins. The post, which has since been deleted, was preserved in a screenshot by The Clarion Project, a New York-based research institute that monitors international terrorism.

It continues: "However, the organization he left behind is not the same AQ he founded. The brave warriors of AQAP and the Nusraf Jabbat should join #IslamicState."

An FBI spokeswoman confirmed to the Akron Beacon Journal that the bureau was looking into Pino, an associate professor of history, for ties to the terrorist group. Pino is also known by the Muslim name Assad Jibril Pino, according to his essay "Born in The Fist of the Revolution: A Cuban Professor's Journey to Allah."

A Kent State spokesperson told FoxNews.com that Pino is still teaching classes.
"Kent State is fully cooperating with the FBI," the University said in a follow-up statement. "As this is an ongoing investigation, we willl have no further comment. The FBI has assured Kent State that there is no threat to campus."

Please note the sensitivity (unnecessary) wording of "fully" cooperating.  This may suggest some support for the anti-Israel, pro Islamic jihad rhetoric by some staff.

"If I was a student there, I would not go on campus, personally."
- Ryan Mauro, The Clarion Project

Pino, a Cuban-born convert to Islam, denied the allegations.
Here is how he "denied" the allegations.  Consider the Islamic 'law' of deception:  when furthering the cause of Islam:

“I’ve never broken the law.  I support no violence or violent organizations. One man or one woman’s interpretation of events can be very different from another’s. As they say, ‘Haters gonna hate.’ Truth always prevails, and truth will prevail in this case.”

Note the use of "never";
Note what he offers in the negative;
Note the passivity of "haters gonna hate..."

Note the future tense of "truth" in prevailing.

Pino blamed his past rhetoric for possibly inspiring the probe.

“I can only imagine, given my past record at Kent State dealing with controversial issues about the Middle East, some people may be favorable or unfavorable,” he said. “Rumors start, and that’s the only thing I can think would draw attention from a government agency.”

Note the weak assertion of "I can think..."

Attempts by FoxNews.com to reach Pino via phone and email were unsuccessful.
The FBI has already questioned several of Pino’s colleagues and students, the Beacon Journal reported.

This may be why the statement says that Kent State is "fully" cooperating, making cooperation sensitive.

Emily Mills, the editor-in-chief of student newspaper the Kent Stater, said she was among those interviewed.

“They said they were looking into his alleged ties to the Islamic State,” Mills told the Beacon Journal. “They said it was an ongoing investigation and that they were questioning faculty and other students.”

A Kent State spokesperson said the FBI assured the college there was no threat to the school.

Note the world's most dangerous ideology and there is no "threat" to the school.
Peter Hyatt as Statement Analysis Blog at 4:51 PM


And this person is qualified to teach history at the university (or any)
level because...?


More and more frequently we are made aware of these
absolute jerk-offs instructing our children.
It is insult to injury that many of their students
will incur debt that lasts years for the privilege.

How dumb are we ?


I will wager you he is only one of many isis loving
muslims being paid to corrupt and destroy in the
current political climate.

The Muslim mass shooter at Fort Hood wasn't considered a threat until he started shooting people, even though he had connections to Islamic "extremists."

The FBI must have some computer information linking Professor Pino to Islamic terrorists.

It's not a time to take things like this lightly.

If my son went to this school I would be damanding answers.

There needs to be zero tolerance and instead everyone is more concerned we may offend them.

Funny how after 9-11 no one was worried about offending them.

At the least he should be suspended until they can fully investigate.

Here may be why Kent state is "fully" cooperating:


Kent State has known all along.


Oh, and kent state has known all along, and still not
managed to keep the young impressionable minds and bodies
who pay tuition away from this terrorist?

And exactly how does kent state hire it's professors?
What qualifications are they looking for?

And kent state surely lies about this terrorist?

Why is kent state still in business?


I am beginning to see that where there is anti-Israel rhetoric,
there is the potential for muslim activity.

Where there is muslim activity, there is the potential for
terrorism.

Light bulb: the terrorists will be found where there are potential converts!

If kent state represents our educational system, and why wouldn't it?,
our country is in terrible shape.


this terrorist has crazy eyes and the bho chin.

I'm with you, Trigger. The people at fort Hood knew their guy had issues, but chose to do nothing about it. Then-oops.

This professor is probably trying to recruit others to do his dirty work.

If you go online with these types of posts/statements, your azz should be thrown out of this country!

Not in danger?!!!
I would bring my kid home for a while...just in case.

IMO, if the FBI is investigating ties to ISIS, then there is an ABSOLUTE IMMEDIATE threat to the University. The likelihood of whether or not the threat is/will be carried out is a different discussion altogether.

There is a reason the FBI is NOT investigating my place of employment, the school I attend, etc. Because no one is publicly spewing pro-ISIS rhetoric.