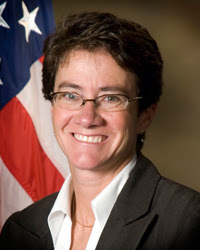 Did Federal Prosecutor threatens Idaho Citizens and Media Free Speech  to protect Islam?  Note not only the words chosen, but the order in which they are presented.


“BOISE – The United States Attorney’s Office extends its support to the five-year-old victim of assault, and her family, at the Fawnbrook Apartments in Twin Falls.
“The United States Attorney’s Office further encourages community members in Twin Falls and throughout Idaho to remain calm and supportive, to pay close attention to the facts that have been released by law enforcement and the prosecuting attorney, and to avoid spreading false rumors and inaccuracies.
Grant Loebs is an experienced prosecutor, and Chief Craig Kingsbury is an experienced law enforcement officer. They are moving fairly and thoughtfully in this case. As Mr. Loebs and Chief Kingsbury informed the public, the subjects in this case are juveniles, ages 14, 10 and 7. The criminal justice system, whether at the state or federal level, requires that juveniles be afforded a specific process with significant restrictions on the information that can be released. The fact that the subjects are juveniles in no way lessens the harm to or impact on the victim and her family.

The spread of false information or inflammatory or threatening statements about the perpetrators or the crime itself reduces public safety and may violate federal law. We have seen time and again that the spread of falsehoods about refugees divides our communities. I urge all citizens and residents to allow Mr. Loebs and Chief Kingsbury and their teams to do their jobs.”


Last year, Olson said this about Idaho.  Note the use of the propaganda technique "guilt by association" as well as "diversion."  Note "extremest ideologies" but nothing about Islamic terror, or the Koranic 'reward' of raping "infidels" and those conquered.  The federal government wants to mentor "young people" and "educate parents" as new roles for the federal government to take as well as a government "forming relationships."


“We are at a critical time in our nation and in our own community – from the shooting at the Emanuel AME Church in Charleston, to anti-refugee and anti-Muslim sentiments expressed by groups and individuals in Idaho, to defiance in parts of some states to the Supreme Court’s decision to legalize same-sex marriage in Obergefell v. Hodges. There are many currents that seek to divide communities. Instead, we have to come together. We need to stand up and form strategies against those who espouse extremist ideologies and recruit others to engage in violent acts in our communities on their behalf. We want to mentor our young people, educate parents, identify solutions, and form closer relationships between refugees and Idahoans who have been here for generations.”

Peter Hyatt as Statement Analysis Blog at 8:34 AM

So educate to think and respond in a manner the government wants them to.

I have a problem with the nanny state wanting to take over the parents' responsibility to "mentor" our children.

Stay the Course: even disastorous decisions are not reversed. Our Govt just like our corpoations. Refusing to correct defective ignition switches at a few pennies cost, rolling the dice, on safety. Only to pay out dearly later. But thats what the deceitful PR machine is for. Corporate & Govt. Forcing states to accommodate non compatible foreign cultures into our communities over a Governors objection. No admission of error. No reversal of direction. Stay the Course. Hopefully the young girls family can somehow hold those decision makers personally responsible as well as the attackers.

I was thinking about analyzing these statements when I initially read them. A few things that stood out:

"...to pay close attention to the facts that have been released by law enforcement and the prosecuting attorney, and to avoid spreading false rumors and inaccuracies."

"The criminal justice system, whether at the state or federal level, requires that juveniles be afforded a specific process with significant restrictions on the information that can be released. The fact that the subjects are juveniles in no way lessens the harm to or impact on the victim and her family."

- "requires" is a pretty strong word.
- Order speaks to priority. It was first and foremost important to list the ages of the offenders, then to explain LE's reason for protecting them. The info about the victim's suffering feels like an afterthought added to avoid controversy. I would have led with this fact, THEN followed with something like "but the age of the offenders requires they are entitled to a degree of protection."

"We have seen time and again that the spread of falsehoods about refugees divides our communities."
- I'm not sure we are all on the same page. Is there some record of attacks against refugees and immigrants in "our communities" in America?

Consider the precedent in this case.

Can you imagine a federal prosecutor threatening over 'rumors' of Christianity being unjustly criticized?

The prosecutor's photo alone speaks. We choose our own photos for publication and what I had written many years ago about Michael Jackson's appearance was that he was deliberately neutering himself, besides the attempt to erase his race and any masculine features. Statement Analysis showed that he was a pedophile AND that he had victims around the world.

This prosecutor's appearance is one of a man. I thought, at first, that the photo was posted as a joke, erroneously done so for crude humor.

The psychological issues behind these things would take a long time to unravel but the impact on others is obvious.

Think: 12 year old boy stealing cars at 4am because his 350 pound father is now wearing a dress demanding that his son call him "Mom."

When we go to war with nature, we are, in deed, at war. War has its consequences. In this case, the abuse of power and the terrorism (threat of prosecution) is to silence free speech at Obama's bequest, to comply with Sharia. One who sees herself as a 'victim' (victimized by each person that says, "Excuse me, Sir..." by accident, only projects itself through her office.

We celebrate mental health impairments rather than help people.

Dare think Dept of Child and Family Services will remove that 12 year old boy and risk being called "bigot" and have violent protests and threats, and lose his or her job?

Whats the just punishment for the minors who committed the assault? What would it be in their country? How would their culture punish the same crime?

The perfect vice president for clinton.

When will this be over ?

Is that photo of Wendy Olsen or Grant Loeb?
I'm confused.

In their culture, the rape victim would be put to death.