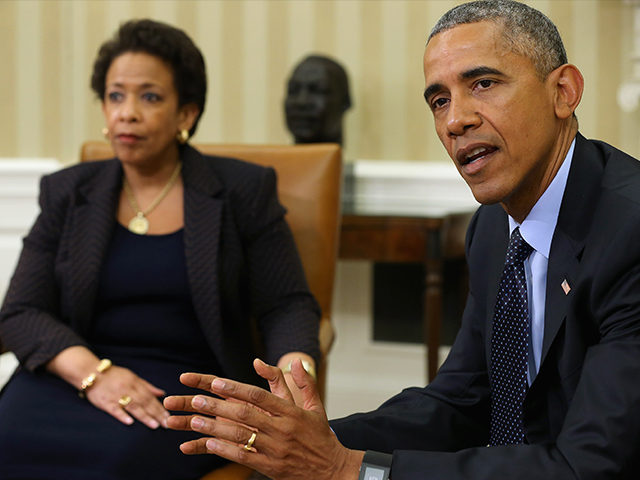 The Obama administration has released a "sharia complaint" transcript of the Orlando Islamic terror attack that killed 49 people and wounded 53.  The omissions are so silly that they fool no one, nor were they intended to deceive:  they were intended to protect Islam.

The shock of this is how little outrage is read in the media.

The scrubbing of the transcript is consistent with the narrative that says Obama must protect islam and falsely claim:

Islamic terror did not kill these people.

Obama has frequently used tacquia to protect Islam; with him often citing "other religions" and Christianity in particular.

Here, the killer told us his motive:  Obedience to the Koran and Islam, but Obama has used the tangent form of deception:

What is the Islamic killer's real motive?  ("motives")

In listening to Obama tacquia, we can learn that when the Koran calls for the death of non Islamists, and the killers plainly state their motives, Obama tells us that he knows differently:

The deaths come from:

This while he condemns vetting based on Islam, but permits 99% Islamists to be imported from lands where he, himself, refuses to help obtain their safety in their own homes.

Facebook, Google and Twitter have all agreed to quell free speech to enforce the sharia "blasphemy" laws:

Islam has a monopoly on religious violence as it is the only religion that specifies violence in conquest.  The Koran demands the death penalty for anyone who criticizes Islam, and in recent polling, Muslim Americans majority says that Sharia trumps the US Constitution. 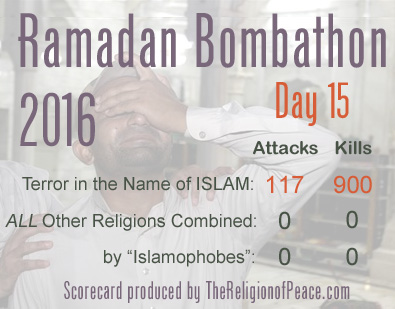 Wherever Islam rules, violences, humiliation and sexual assaults are the norm.  It begins with the easiest victims, women and children, and moves from there, just as Egypt once was "too Western" and Islam used its tolerance for demands of "minority status" until it became the majority and persecuted all minorities.

It is an invisible virus that infects its carriers.  It appeals to the lowest base nature of mankind by telling its followers that they are "superior" to all others.  This, itself, leads to violence always due to the inequalities of life.  Then, it prescribes "rape" as a "reward"; both earthly, and in the afterlife.

The agnostic and atheists too, have their religious beliefs.  Some bow to "multiculturalism" while others to "statism" , "diversity" and other ideologies.  These 'gods' are demanding, and have their own 'blasphemy' laws where they seek to quell free speech.  Ask someone where their final demarcation between right and wrong lies and you'll find their religion.

The Florida sunshine laws were to protect such redactions as Loretta Lynch gave us today.  The excuse is to "not insult" Islam, lest they become angry and attack us.  The Islamic London mayor with his own terrorist ties said the same thing:  either let Muslims into your country or they will attack us.

Why any country with unemployment would be breaking down its own borders is without sense and self destructive.

The United Nations tells us that we will be safer with more Muslims  and less guns.

American freedom and sovereignty have not been under attack in this manner in many generations as we move closer to the crossroads where submission is demanded to bring "peace."

Due to pressure, the full transcript has been released.  The White House issued a 'denial' that it was part of the sharia compliance, or part of the change of direction.

Under pressure from Republican leaders, the Justice Department on Monday afternoon reversed itself and released a full, unredacted transcript of the Orlando terrorist's 911 call on the night of the massacre, calling the morning’s furor over omissions in the document “an unnecessary distraction.”
An earlier version of the transcript had deleted the word “Islamic State” and the name of ISIS leader “Abu Bakr al-Baghdadi.” Omar Mateen made the 50-second 911 call in which he claimed responsibility for the terror attack and pledged allegiance to Islamic State's leader at 2:35 a.m. The call came just over a half hour into the June 12 slaughter at gay nightclub Pulse.
“I pledge allegiance to Abu Bakr al-Baghdadi may Allah protect him, on behalf of the Islamic State,” Mateen says on the new transcript.

House Speaker Paul Ryan, R-Wis., called the earlier decision by DOJ and the FBI to release only a partial transcript "preposterous."
"We know the shooter was a radical Islamist extremist inspired by ISIS," Ryan said in a statement. "We also know he intentionally targeted the LGBT community. The administration should release the full, unredacted transcript so the public is clear-eyed about who did this, and why."
Republican Florida Gov. Rick Scott also took aim at the edited accounting of Mateen's statements the night he killed 49 and wounded 53 more.


"This is evil, this is ISIS. It's radical Islam.  At some point, we lost 49 lives here and we lost a journalist who was beheaded by ISIS. We need a president that’s going to say I care about destroying ISIS."

Reports from Syrian say the US is bombing "the desert" rather than ISIS troops, deliberately avoiding them, bringing the US into greater conflict with Russia.

How about some Statement Analysis from the Shooter's messages instead of more politics? I'd be really interested in the analysis of the shooter's brother in law's "no comment" when asked if he knew than any more worrying about a lame duck president.

I really like your column ... I've read it since it was the other blog... but... the politics needs to stay home. We all don't agree on that, but you don't look good doing it - although it's a lot of fun to statement analyze you while you're doing it.

Obama: Welcoming Refugees Into the U.S. 'Strengthens Our Collective Security'

Today, on World Refugee Day, we recognize the challenges and hardships that refugees face, honor their courage and resilience in the face of overwhelming obstacles, and celebrate their many valuable contributions to our Nation.

This year’s commemoration comes as the UN High Commissioner for Refugees reports that more people are displaced by rising violence, insecurity, and persecution than at any time on record. More than 65 million people around the world – more than the population of France, or California and Texas combined – have been driven from their homes. More than half are children. The scale of this human suffering is almost unimaginable; the need for the world to respond is beyond question.

Every day, members of the international community, humanitarian organizations, civil society, and individual citizens work to assist these vulnerable populations. For our part, the United States provides more humanitarian assistance to refugees than any other nation and maintains the world’s largest refugee resettlement program. We support programs that provide food, water, shelter, and medical care to refugees, and fight for their rights to safety, dignity and long-term livelihood opportunities.

But responding to today’s unprecedented challenge requires all of us to do more. In September, when world leaders meet for the UN General Assembly, I will convene a Leaders’ Summit on Refugees. In advance of that Summit, the United States is urging other governments to contribute more funding for humanitarian aid operations, to grant more refugees the chance to work and attend school, and to provide more resettlement opportunities for refugees who cannot safely go home or remain where they are. We are urging our non-governmental partners, including the private sector, to do more as well.

Even as our aid supports refugees thousands of miles from here, each day, countless Americans do their part to welcome and support refugees as they start life anew in the United States. The millions of refugees who have resettled here through the years have brought similar dreams of a better tomorrow. Each has enriched the diverse mosaic that is America. Their lives and their many accomplishments stand as a clear rebuke to the bigotry and brutality they fled, and serve as a powerful example of the human will to endure, hope, and achieve.

Today, we commemorate the spirit and strength of refugees worldwide and the dedication of those who help them on and after their journeys. Protecting and assisting refugees is a part of our history as a Nation, and we will continue to alleviate the suffering of refugees abroad, and to welcome them here at home, because doing so reflects our American values and our noblest traditions as a Nation, enriches our society, and strengthens our collective security.

Just a matter of time before God himself rises to stop rampant world wide wickedness, just like the written statements recorded in the past within the chapters of the Bible. It was not allowed to continue in Noah's time. He did not spare the ancient world. Could that time have been this bad?

And re: atheists agnostics: how about we don't force 'religion' (really?) and any particular ideology in our mouths other than what we as individual free thinkers claim? You don't know each and every one of us, what we do believe and how and why we came to accept those beliefs and/or reject others. Many of us seek the truth and believe mostly or solely that which can be proven by the proponderance of the evidence available. Whatever particular ideology individual atheists or agnostics may choose to adopt or not has little to do with rejection of mythology as fact and is not a reliable indicator of what all atheists or agnostics believe or embrace. We have only to look at your scriptures to know what you are told to believe and how to behave for the most part. You have no such scripture for us so why act like you do?

Peter said:
Why any country with unemployment would be breaking down its own borders is without sense and self destructive.

I agree. Economically speaking, nations should be lowering their immigration numbers, not maintaining/raising them during tough economic times (thinking back to what Canada did, post 2008); although, we weathered the global economic storm better than most. Still, I think we should have pressed the pause button.

IMO, today, money is better spent investing in, i.e., doctors without boarders, in lieu of flying refugees to N.A. to live in five-star hotels with a food/incidental stipend and medical and dental benefits at 100% which, far exceed what most blue collar workers/welfare recipients are in receipt of. At least this is the case here in Canada. It's issues like these, (100% medical and dental) when the working poor cannot afford to go to the dentist to begin with, that cause resentment.