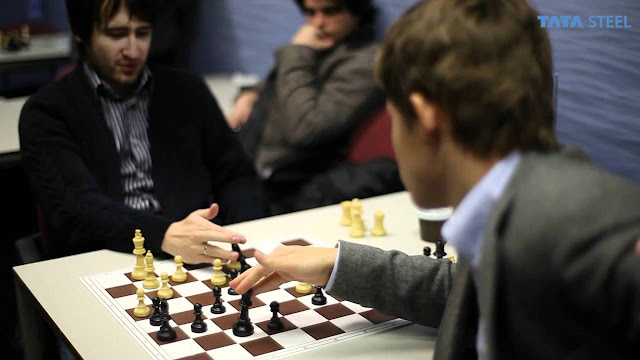 In Statement Analysis, when we are wrong, we are able to learn exactly where we went wrong.  This is only possible within the scientific setting.

It is critical to stay within principle, even when the temptation is to declare someone deceptive.  This is particularly a temptation for two types of analysts/analysts in training:


1.  The Beginner sees "I know in my heart that I did not shoot him" as something that fits the bill, in one manner or the other:

b.  He said that he "knows" this, which is weak, but then he only "knows" this in his "heart" but not in his head, so he did shoot him!

How can both be wrong?

Introductory seminars are exciting and they serve a great purpose:  lighting a fire for a new world of understanding in investigations.

We stay to principle and enslave ourselves to the statement because we know that this is the 'safest' place to be, and that whatever we "see" within a statement, must not only be buttressed in our presentation (why we saw it) but as a scientific process, it  means it must be applied in the same way to other statements.

The downside of the introductory ("Statement Analysis 101") is that sooner than later, failure will present itself leaving the analyst-in-training discouraged, full of doubt, and perhaps even willing to abandon study.

2.  The Successful often have seen statements like this, and have built a solid reputation of success and due to the statistical likeliness, jumps to a conclusion and is...

We do not always know why a denial is unreliable.  This is why the Analytical Interview is crucial.

We know what to ask, where to aim our laser and even what exact words to use, because of our training.

"I know in my heart  that I did not shoot him"

"This is an Unreliable Denial" but it is also very sensitive to the subject.  He is likely to be telling the truth here but knows who did it.

Many went even a step further, recognizing the element of femininity (in various descriptions) or
romantic' link in the language, "in my heart."

Better to classify it as:

a.  Sensitive
b.  Emotional

What might have prompted an Emotional Connection to the Denial?

"Unreliable" does not mean he did it.  It may be such, but when we are limited to the statement, given what we had to work with, we cannot go beyond our science:

Technically, we do not know if he did it or not, so it may often be reliant upon whom we are writing to.  In responding to me, the analysts concluded that it was, indeed, an "Unreliable" denial, but they were comfortable suggesting, not declaring, that the subject likely has guilty knowledge of the shooting (he knew who did it) and this knowledge has a distinctly emotional connection.  (this is better language than 'romantic', but that it was a triangle shooting influenced their thinking, and in this case, the influence produced a likely correct surmising of the subject having romantic/sexual thoughts towards the victim's wife.

In this sense, the quiz was quite useful.

Being open to training, especially for those with much experience in formal training and professional application, is to allow oneself to be 'opened up' and diagnosed for strengths, weaknesses and challenges for improvement.

It is a marvelous opportunity and growth aspect that is uniquely tied to humility.

Many new to training come to "team analysis" quite nervous.  They have expressed this, usually after a few sessions:

"I went in thinking that everyone was so much more advanced than me.  I couldn't believe how good they were, but then I started to participate and found everyone so helpful and encouraging. "

Of those who expressed such thought, most all went on to say, one way or another:

"I am better than I thought, in some areas!  I found some of the basic trainings come back to me.  I see that different analysts are all good in some aspects, and that I end up helping others just as they help me!"

We are a team.

Trainings are set up on various days during the week, and some are more advanced than others, but uniformly, they are for growth and encouraging words are the norm.  This is especially helpful when we do make mistakes, and find others not only willing to help correct them, but to do so in the spirit of humility.

The learning is tremendous.

The "post mortem" of a lost chess game is the single most valuable tool for advancement: Learning from mistakes.

When this is done in an atmosphere of professional respect, warmth and intelligence, it is to facilitate the potential within.
Peter Hyatt as Statement Analysis Blog at 1:02 PM

" 'Unreliable' does not mean he did it."

Just in case anyone missed that point.

'Unreliable' does not mean he didn't do it either :)

US swimmer Ryan Lochte has been charged with making a false statement during the Olympics in Rio, say police in Brazil.

Lochte is to be informed in the US so he can decide whether to introduce a defence in Brazil, according to a police statement.

The indictment will also be sent to the International Olympic Committee's ethics commission.

The 32-year-old had initially said he and three teammates - Jack Conger, Gunnar Bentz and Jimmy Feigen - had been pulled over in their taxi by gunmen posing as police who then robbed them.

However, the group faced an angry backlash after police accused Lochte of fabricating the story to cover up vandalising a petrol station toilet.

Lochte has since apologised to Olympics host Brazil, saying he was "110%" sorry and blaming his immaturity for causing "all this ruckus".

He lost a number of sponsorship deals following the incident, reportedly worth around $1m.

I have a question. If someone says something without anything qualifiers, and they also mimic language itself by saying blah blah blah in a non-parroted response could this person be a bold-faced liar?

Im also curious about disjointed adverbial digressions but that's a whole other can of worms.

I know how you feel. I received excessive parotting in an unsolicited monologue.