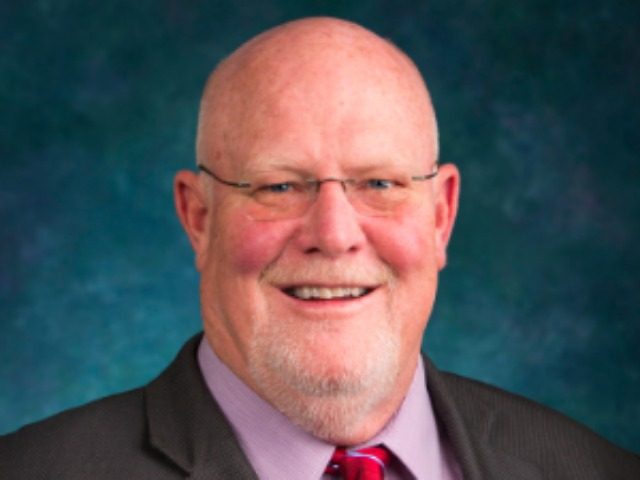 When does narrative trump all lack of human empathy?

Greg Lanting, Councilman and former mayor, has made the news...twice.

A 5 year old girl with developmental disabilities (mental) was raped by Muslim migrants in Idaho.  They raped her, urinated in her mouth, and captured the life destroying terror on video.  Raised by the Koran and in a culture that teaches rape as a 'reward' from 'Allah', the desensitization of the perpetrators shocked the nation.  The description of the attack was difficult to even read.  It is impossible to consider greater cruelty and lack of human empathy from the children and teen who perpetrated this, until we think about what kind of adults they will be.  In Islamic countries, this is not a shocking occurrence and the shock is now beginning to wear off in Europe.

Local media portrayed the family's reaction to the rape as "racist."


The White House had a federal prosecutor threaten with prosecution anyone who in the exercise of free speech,  challenges or disagrees with the Obama importation of Islamists.  The prosecutor  then gave a corrective statement which actually reinforced the original threat.

Then, we had the statement from the victim's father in an interview, who saw the video in part; he stated that he could not endure it in its entirety.

You realize these Internet Fake news agencies can LIE all they want and can never be proven wrong. The case is sealed we will never know more than we know now. Another obvious lie is the child does not live with the father. The police and now the courts have had the video since the night of the assault. The father as far as I know it is not even involved with the child.  NO WAY HE EVEN SAW THE VIDEO.   I doubt they even talked to him. Let justice be served and let this child have a chance at a normal life without making up lies about what happened to her. The police and the courts are doing every thing according to state law!!!

This was published by Breibart.com.  What does his statement reveal about him?

He has now apologized.

What does his apology reveal about him?


The narrative is to defend the importation of Islamists from the Middle East and put into communities without approval from communities.  The narrative is that anyone who questions the wisdom, even in light of Islamic supremacist criminal ideology and terror, is someone who:

a.  Mental health leaves them incapable of sound judgment
b.  Morality is such that renders them unworthy of an opinion.

They were "racist", "Islamophobic" and "xenophobic" for questioning the policy, even after terror attacks continue, monthly, throughout the world.  Since 9/11 there have been more than 20,000 "Allah Akbar" attacks.

“I was wrong, I would like to apologize and I went on to try to make amends and if somebody could tell me, I could no longer find the liberty of justice Go Fund Me account, I’d like to make an additional contribution.”

Peter Hyatt as Statement Analysis Blog at 9:08 AM

At least he demonstrated some humility.
If the federal govt overrides the state and local authorities then what can be done? Focus could begin on the NGO's being paid to resettle. However, 'that' community appears deeply flawed at the civic level. I'm done with chobani yogurt.

He wants to make an additional contribution to the GoFundMe page, but can't find it. This implies he made a contribution in the first place. Wonder if it's true?

"according to the law"

I wish that he would have cited the specific law that he was using to justify his attitude towards the victim and her family.

Greg Lanting is not fit for office. He is a sexist who lacks integrity and compassion for little girls who have no power to stop a gang rape by three boys.

He refuses to put the blame on the perps. and their parents.

Terrible apology. "I would like to apologize" is not the same as actually apologizing.

Well of course people are "racist" for blaming the perps...just like the most recent BLM riots are against WHITES as a result of a black cop shooting a black armed criminal. There need be no logic surrounding who is blamed. Blame the victim. Blame the father. Say they are "racist" to blame a rapist for raping. Blame whites for the actions of a black cop against an armed criminal.
Which Kafka story was it where the person is on trial for nothing? We are witnessing the narcissism of society create these surreal and nightmarish scenarios where those who have committed no crime are blamed and put on trial (if only in the court of public opinion) including accusations that bend reality like race riots against whites when a black (cop) shoots an armedr black man.

@Unknown, I agree. That was the first thing that stood out to me. (would like = future conditional) He doesn't say what he was wrong about, what he was apologizing for, let alone direct his apology to anyone.

IMO, he doesn't think he is wrong and he is not sorry. His statement (it's not an apology) is about public opinion and votes. i.e., the transaction will be public and verifiable proof of his generosity and sorriness.

Hmmm. Whats the proper response to this emergency? Louisiana flooding during predidential campaign. Visit area & support relief effort in person. Or dont visit or support in person. Rather visit with Cher and golf with Seinfeld boss?

Forgot. It sure costs alot of money to live in a free country. Unless your being relocated here.