Men or Women: Who's More Suited for Analysis? 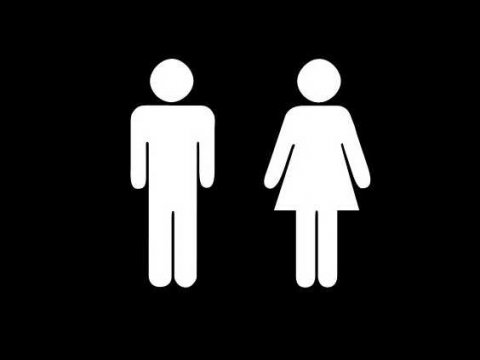 Today, following question was posted in the comments section:

"Who do you think is more suited for analysis, men or women?"

The best analysis is team analysis and the best team assembled for analysis has a female attribute to it.

There is a significant difference between male and female analysts.  As is within  biology  (nature) the male-female dynamic is "complimentary" in scope.

The strongest female analysts I work with see and own their emotional component.  The self awareness is acute.  They often hold great pity towards a subject, want to nurture the subject and even "fix" the issue, which is often criminal.

Self awareness is key.

The strongest male analysts I work with see and own their logical component, often missing or minimizing the emotional component.  This is critical.  Self awareness must exist for them to succeed.

When analyzing, we seek to "enter into" the language; that is to know what the subject knows.  In order to do this, we must experience the subject's emotions.

The Will of Man

What determines the will of mankind?

The will is the seat of the intellect and the emotions.  The "mind" or the "heart" makes decisions on what it knows, and what it feels about what it knows.  The knowledge gleaned early in life is accompanied by hormonal influence (HGH in children, for example) that accompanies development.  These lessons are deeply ingrained within us in early childhood.

Therefore, if a subject is considering theft from his company, before he is hired we seek to learn if there is an invisible internal resistance to theft.

There is the intrusion of video or surveillance cameras and other 'forensics' such as computer fingerprints, receipts, eye witnesses and so forth, but in the interview, we seek to learn if the subject was taught, in early childhood, that theft was morally wrong.

When analyzing, we seek to understand, intellectually and emotionally, the subject.  Once grasped, we are now ready for "the expected" in language (and behavior) to emerge.

Where males lack this is something that not only do females assist in, but actually teach.   The same with the female analysts who are aware of their superiority in emotional capacity and look to points by males.  In the realm of the "expected", I find females are slightly better in dealing with female subjects, than I find males.  Yet, in crime, males outnumber females greatly.  A 50-50 split for a team is not always useful and when we move to the interview, the profile of the subject will dictate gender if two equally talented interviewers are available.

Political narrative today says there are no differences between males and females (and introduce new classifications to garner votes)  but if you were to receive an anonymous threatening letter, you would want the writer identified for your family's safety and would care not for the exploitation that politicians use upon the masses to obtain votes.  The need to know supersedes the emotional manipulation of a short term elected politician.  This is best seen in the myriad of restrictions placed by the government on Human Resource professionals.  They study, year after year, the ever growing list of things they cannot ask prospective employees.

Yet when the government hires, these same restrictions do not apply.  They say "but we have security needs..." as if their own needs are more important than others.  Thus, looking at this today, politicians who want neither fences nor guns have both for their families, but not for the public.

This form of exploitation ("moral narcissism") is very successful today.

By virtue of our environment, the scales of difference, within male and female,  in our thinking varies.  I was raised with 7 sisters which lends itself to female perspective.  I once worked for a very highly logical female manager.  She was the most efficient, professional and talented supervisor I experienced.

Yet it is the norms we use to establish pattern and later, principle.

It is uniquely a complimentary relationship in nature and thus by design.

They are in analysis as they are in nature:  complimentary.

Peter Hyatt as Statement Analysis Blog at 9:34 AM

Is it possible to maintain the integrity of a criminal interview if the interviewer has been divorced or the victim of crime? A 'get even' bitterness and bias skewing emotionally infuenced decisions.

"I want to apologize for my behavior last weekend – for not being more careful and candid in how I described the events of that early morning and for my role in taking the focus away from the many athletes fulfilling their dreams of participating in the Olympics. I waited to share these thoughts until it was confirmed that the legal situation was addressed and it was clear that my teammates would be arriving home safely.

It's traumatic to be out late with your friends in a foreign country – with a language barrier – and have a stranger point a gun at you and demand money to let you leave, but regardless of the behavior of anyone lese that night, I should have been much more responsible in how I handled myself and for that I am sorry to my teammates, my fans, my fellow competitors, my sponsors, and the hosts of this great event. I am very proud to represent my country in Olympic competition and this was a situation that could and should have been avoided. I accept responsibility for my role in this happening and have learned some valuable lessons.

I am grateful for my USA Swimming teammates and the USOC, and appreciate all of the efforts of the IOC, the Rio '16 Host Committee, and the people of Brazil who welcomed us to Rio and worked so hard to make sure that these Olympic Games provided a lifetime of great new memories. There has already been too much said and too many valuable resources dedicated to what happened last weekend, so I hope we spend our time celebrating the great stories and performances of these Games and look ahead to celebrating future successes."

Amendment to original question......
Can inclination to revenge politics be detected in a potential judgeship?
Is it possible to maintain the integrity of a criminal interview if the interviewer has been divorced or the victim of crime? A 'get even' bitterness and bias skewing emotionally infuenced decisions.

Thanks for answering Peter. I am a guy. But, after reading here for quite a while I get the sense that the comments by women are slightly more insightful, from a relational point of view. I supposed that a woman interviewer might be able to better relate to a subject. Having a balanced team approach would seem to cover all the bases, so to speak.

Revealed: The girls Lochte partied with before smashing up gas station - and who police say may have been the motive for his lies

Police revealed that Lochte and the three other U.S. swimmers were with two girls in the club where they drank before vandalizing a gas station
One of them is revealed to be Laura Gazzinelli a Brazilian from Belo Horizonte
She is a former student of Worthing College, West Sussex, England who boasted: 'Celebrating the medals.'
The other girl is Mariana Belisario, who is also from Belo Horizonte
Two girls told police they were with Lochte and the other three in the club and left in another cab; it is unclear if this it them
Police said they believed Lochte and the others did not want to admit to their girlfriends that they were partying with other girls

This is wonderful and what I always suspected although I am new at analysis. Men are different biologically and often tend towards logic. Women can be more emotional and relationship oriented. When these two different viewpoints are combined (you can picture almost like ingredients stirred in a bowl if you are making a recipe...although women may be more familiar with this tee-hee unless we have some male cooks here!) in can make for a wonderful, balanced, and successful analysis!

Anon, shame on you. You jumped right on the Complementary/Complimentary controversy but totally missed the flagrant misuse of commas and the word supersedes.

Ms. Editor, you are slacking!!

I LOVE his Scrabblicious vocabulary ;)

Perhaps (and it's just a suggestion) you could focus on the person behind the mistakes, and what that tells you about him. Rather than correct them, what knowledge do you gain by their presences? That is analysis. My two cents, and hard won at that :)

It tells me he needs to play Scrabble with you more often you word master...by the way, I love a man who plays a mean game of Scrabble...for sure