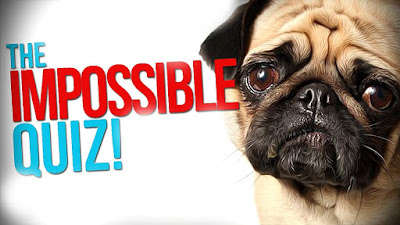 Here is a short quiz.

The answer, with a lesson, will be posted shortly.  Put your reply in the comments section.  If you wish for dialog, please choose a name.

Statement by one of the male friends:

"In my heart, I know I didn't shoot him."
Peter Hyatt as Statement Analysis Blog at 11:15 AM

What is the question we should be answering?
-KC

"I didn't shoot him"

"him" instead of the name of his friend = distancing.

I am still learning about sensitivity indicators and which indicate deception.

This would stand alone as an RD, more so if the suspect named the victim of the shooting.
Was the victim "shot" and murdered? If his was murdered then he is minimising the crime by not using the word murder/kill in his "denial", and things of that ilk. The victim has no name showing psychological distance, too.

He violates the rule of the 3 in an RD. Anything more than or less than 3 is deemed unreliable. It's not to say it isn't true just that in the principle of a denial it breaks the 3 components of RD

It is only in his "heart" he "knows". What about in his head, is it different? He tells us he "knows" but doesn't make a Denial.
Was a question asked of him?
Was this said in the free editing stage?
Is this reflective language, or partly.
"Did you shoot xyz?"
"In my heart, I know I didn't shoot him."
This would also weaken his denial further as he parrots back the language of another.

"In my heart, I know..." sounds like the beginning of a statement about an event which the speaker did not witness, or if they did witness, the events were so muddled (fast/chaotic/in the dark) the speaker can't know for sure who did what.

I know "in my heart", because I cannot know as a witness.

Or: I know in my heart because I really want to believe. I KNOW Tinkerbelle can fly!!

Or, could it be like "I would never" in the sense that I DID the deed but I can easily say "I would NEVER" since it's true because it already hurts so bad getting your scrutiny and I know I'll never do it again.

He shot her? He shot them both?

Good newsIvebeentold I was not experiencing BiPoLar episode and thumbs are now in moveable gauze casts. Im looking forward to joiNinG in wiTH the discution,,,

"In my heart" This is not first person singular as it is a place. Present tense

"I know" This is a qualifier. Present tense

"I didn't shoot him" This has a non-commital qualifier before this statement. It is first person singular, past tense, but not specific as to the name of victim.

No a reliable denial. How about in your head?

Speaking of unreliable denial..
OT Scott Brown
"Not how I speak." "False"

I have been given Bon Translator App so I can discuss case. Apres we fabricater les animaux popsicle stick animals for pour les enfants peasants.

This is almost as obvious as "We have nothing to hide." Extremely sensitive. Also, doesn't name the victim. Distancing.

Well, the person who said that must have known he would come across as one who was not too convinced of his innocence - it sounds self-implicating.

'I didn't shoot him' and 'I was not there" are very different to, 'In my heart, I know I did not shoot him'. It's only a denial of sorts - vague, yet also referencing his heart, which seems an indication of his sincerity. It's not a strong denial. If he just wanted to lie and deny, he could have sworn to God, or on his mother's/kids' lives that he did not do it - it's such a soft denial. It seems too weak to be an attempt to manipulate - knowing 'in his heart' he did not shoot someone does not sound believable, even if he smiles and charms, that doesn't sound anywhere near convincing.

Why would he not simply deny it, if he had not shot him? I might think he was present at the crime scene, and must have fired at least one shot in order to be able to say that - it sounds to me as if he is confirming that he was there, and that he did fire a shot, but does not want to believe it was his shot which struck the victim.

Is it that he simply was in denial that he shot someone, so attempted to put moral responsibility for death or injury onto another or others, who were present, and who maybe also shot at the victim?

Another wonder I have is if some form of memory loss might produce such a statement from an innocent person under questioning - is it that he may lack specific recall, yet holds the conviction that it could not have been him as he still knows himself well enough to know that he would not have done that, even if his day to day memory does not serve him well?

Also, I wonder if it could be something said truthfully by someone who had been set-up, for perhaps a 'hunting accident' of one friend, by others. In such a case he could maybe know in his heart it was not him, and he could, in all innocence have been with or near the victim, on a shooting trip, when he was shot.

What is the context in which he said that - to whom did he say it? I would think it was a response made during police questioning as a suspect.

Ha, I am too curious and make too much response for there not even being a question - probably none of it is right. :)

This short clip is pretty amazing. After questions about her health kept coming up, Hillary Clinton went on Jimmy Kimmel to do damage control. They joked around about the "conspiracy theory" that she's not perfectly healthy. Jimmy asked her point blank: Are you in good health? She never answered the question. She "laughed it off" and tried to make it seem ridiculous, but she did not issue a reliable denial nor did she even say she was fine. If she can't say she's healthy, we can't do it for her!

"In my heart
Hearts are linked to emotion, the brain is linked to logic.
In his heart, he knows he didn't shoot him, in his head, which is more important, he does not mention any denial.
Emotionally he may not have shot him, logically he may well have.
I would be asking about his relationship to the victim.
Perhaps this was not a in the heat of the moment crime, a crime of passion, a temporary loss of control.
Was this a premeditated crime?
Was this a crime committed in cold blood?
Was this a crime committed at the behest of another for gain of some kind?


I know I didn't shoot him."
I would ask what did you do then?

On this sentence of few words, there is opportunity for the subject to make a strong reliable first person singular, past tense, event specific denial.

He does not do so.
Expected would be "I did not shoot XYZ"
If the victim died of gunshot injuries, then i would expect to see "I did not kill XYZ"

"I did not shoot XYZ" would be appropriate if the victim survived or if he were part of a group and others did the shooting.
His role would be revealed with further questioning.

Instead we see the subject violates the principle of a reliable denial.
He qualifies the denial with the phrase "in my heart"
Anything in the negative is sensitive, he tells us he knows he didn't shoot him which relates to the brain and knowledge.
However this knowledge is qualified by it coming from his heart not his head.
Emotional knowledge is not the same as mental knowledge.

I would be wondering if he was hired?
His language indicates as much since he uses emotion (his heart) rather than logic(brain)

His denial sounds strong except it isn't.
Lying is stressful and the brain seeks to relieve the stress by leakage.
He gets round the stress by saying that in his heart, he did not shoot the victim.
It doesn't erase the stress, it gives him time to think.

He may have felt perhaps something for the victim, sympathy perhaps that someone wanted him dead for whatever reason, perhaps hate, another romantic interest, jealousy even.
Perhaps his own heart wasn't in it, i would be asking about his relationship with the wife of the victim.
Did he know her prior to the crime?
Was he hired via a 3rd party, a friend of a friend perhaps.

Ms Loweke admitted that the set of coincidences were strange, but denied having anything to do with William Tyrell's disappearance.

‘I was thinking about how the situation is so weird, it is weird. I can’t work it out, me minds going a hundred miles an hour going what’s going on,’ she told ACA.

‘I don’t know why my name's come up in the situation I seriously don’t know,' she said, trailing off with laughter.

Ms Collins said it was 'disgusting' that police had questioned her best friend and cast doubt over the pair's intentions with requesting a new home.

‘That’s just disgusting, I’m sorry, because like I wouldn’t hide him. Like Kim said it would be good if we could find him, we would hand him over anyway,' she said.

In a statement released to ACA, NSW Police said it would not be appropriate to comment on who was being questioned by police as it was an 'ongoing investigation.'

OT - thanks for the info, lane.

I found the 'A Current Affair',episode Channel 9 Australia, with more of the interview re William Tyrell's grandmother and her friend, is currently on the front page.

JBR ransom note has middle eastern references. Why did the writer include them? The writer was thinking Mideasterner. Business associates. Maybe from a Movie or book popular at that time? Faction is an odd word. That sounds like a disgruntled business reference to ostracism.

I was given
Prozac
Through a straw.

To numb the pain

To draw pictures
Born in heart
Alive in my mind

Two voices argue
Inside
But I draw,
I draw.

Ask for a Lite-Brite next time. Wear sunglasses. Same as painting. Let them eat shawarma....

The Ramsey ransom note is very odd. That is interesting...there does seem to be a Middle Eastern theme in the note...the writer does seem to include multiple references alluding to it.
Some have theorized an intruder wrote the note and tried to confuse those analyzing it by including many different references ("themes" if you will) so that it would be difficult to figure out who wrote it (what kind of person wrote it).
One has to factor in that the writer could theoretically have been of Middle Eastern descent, been there, or known people from there.
My personal opinion is that the note WAS written to be deliberately confusing in this way, however the individual writing it had to have had some kind of knowledge/experience/familiarity of some kind with the Middle East.

Thank you. A Lite Brite would be healing.

First thought: firing squads used to be compromised of multiple shooters in order to ease the emotional implications of taking a life.