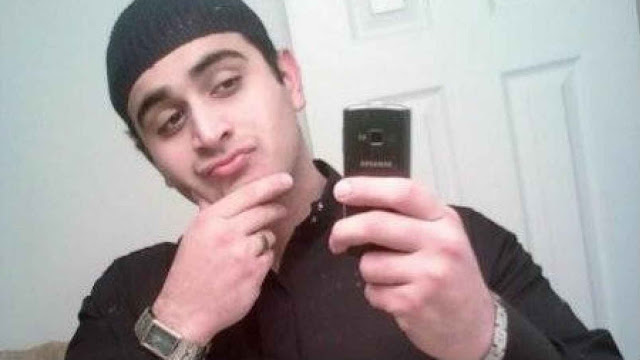 In a supremacy based ideology, violence is the only likely outcome in a world of inequality.  It is the only resolution for one having 'more' than another, which is why "fraud" complaints (including suits) are readily evidenced.
When supremacist ideology combines with a lack of human empathy, and is within the example of domestic violence against the child's mother, it is difficult to imagine any non-criminally violent outcome from the male child.
Supremacist ideology should be viewed, within criminal investigations, in two basic parts:
Cultural and Adoptive.
The Adoptive is seen in prison conversion, with the powerful 'victim status' resolve that violent prisoners naturally gravitate to.  These new 'converts' to supremacist ideology may have a "need to prove" element in which one already prone to violence may seek to prove his worth to others, hence, the danger.
Yet, this danger does not reach the broader level (horizontal) that Cultural Supremacist ideology brings.  For one born into this culture, the elements of cultural influence are stronger.
This is where the criminal analyst makes his error:  he fails to grasp the cultural impact because he or she projects his own cultural background into the equation.
The Adoptive Supremacist, or "wanna be" is dangerous enough, but in statements made, we do not find the same reaction to insult within the Adoptive as we do with the Cultural supremacist.  The Adoptive can and will often laugh off verbal taunts and will make threats that may or may not be carried out; this is because the threats are often pragmatic (seeking for impact) and often include qualifiers in the language. When the Adoptive supremacist is insulted, there is often a return insult, including dismissive laughter.  The pragmatist seeks an end, carrying little for the means.
The threats of the Cultural Supremacist are different.  For the Cultural Supremacist any failure to follow through with a threat is a perceived "dishonor" even within hyperbolic language.  But the increase in violence from threats and the need to carry out, pales in comparison to the violence found within insult.
Any insult made to the Cultural Supremacist must be answered less cultural dishonor damage or destroy the reputation (private self view) and even 'religious' internal belief system of the criminal.
The Cultural Supremacist will contemplate unanswered insult and will brew.  Western thinking is that the stronger walks away from childish insult or taunt; but this is not the cultural distinctive of Supremacist ideology in which one was raised within since birth.  The Cultural Supremacist, even with a name tagging, must, even if alone, 'balance the scale' with a violent reaction.
When this is not studied or understood, or if analysts have limitations placed upon them politically,  death tolls rise.

Eventually, the impact of Domestic Violence upon an infant may be measured (MRI) as the hormonal rush exists, without the reasoning factors to causes its immediate recession, and how PTSD's hyper vigilance and perception of threat is acted upon.
Criminal psychologist Nicolai Sennels worked in youth prisons in Europe with violent teen offenders. He showed how low intelligence related to poor impulse control (found in all cultures)  combined  specifically with supremacist ideology, the need to avenge oneself was both external (reputation) and internal (religious, and far more powerful).  Recently he posted the following translated to English.  Note the correlation with emotional frustration and violence from inability to express is cited:
“A five-year child of non-Western (Danish media term for Islamic ) parents have in average less developed empathy, are less able to cooperate and find it harder to express his feelings than a three-year child of Danish parents.
It is one of the conclusions in the report on Children’s early development and learning, which is published by a research team from the University of Aarhus, University of Southern Denmark and Ramböll. The newspaper Information has spoken with three of the researchers behind the report, which agree that the results are ‘extremely worrying’:
… On average, the non-Western children are at a level of development that is lower than the a two years younger child of Danish parents. The difference between the two groups remains significantly up to the age of five and a half years, which is the oldest group of children included in the study. There is, according to the report, no evidence to suggest that children of non-Western parents reach the Danish children’s level of competence when getting older.
The children’s social competences have been measured by means of a detailed questionnaire, where the child’s teacher must answer a number of questions. It is questions like: ‘How do the child handle a conflict?’ ‘Does it seek adults’ help or does it give it up?’ ‘Does the child show empathy or care for other children if they cry or loses a toy?’ ‘Is the child able to express his feelings? ‘…
Another explanation may be cultural differences, explains Hanne Nielsen: ‘It may be different perceptions of child rearing; for what is good and less good social behavior towards other children. … ‘”
Peter Hyatt as Statement Analysis Blog at 8:48 AM

HERNDON, Virginia, July 14, 2016 (LifeSiteNews) — The mother of a teenager who was declared “brain dead” and had to be transferred to a hospital across the country in order to continue receiving medical care told LifeSiteNews in an exclusive video interview that her daughter gives her the strength to continue fighting.

Nailah Winkfield, the mother of Jahi McMath, told LifeSiteNews at the 2016 National Right to Life Convention that despite having received death threats for keeping Jahi alive, God — and Jahi herself — give her the strength to move forward in the legal and medical battles surrounding Jahi’s situation.

In 2013, after routine surgery for sleep apnea and to remove her tonsils, then 13-year-old Jahi went into cardiac arrest. She lost oxygen to her brain and a lot of blood, and doctors at a California children’s hospital subsequently declared her brain dead. Jahi’s family did not want the care keeping her alive withdrawn and had to battle the hospital for their daughter’s life. After Jahi’s “brain death” diagnosis, the hospital refused to give her medical care because in California a “brain death” diagnosis legally classifies a person as deceased.

Jahi’s family was eventually allowed to move her to a hospital in New Jersey, and she is now well enough to live at home with her mother.

“To me, there’s nothing more important to me in this world than my kid, so I’d rather them take my life than to take her,” Winkfield said. “And I always tell people all the time, I’d pull the trigger on myself before I’d pull the plug on Jahi. And I’m serious about that. I would not let anything happen to her within my control.”

Winkfield said one of the underlying issues in the way the hospital treated Jahi was money. Had Jahi died, the hospital would have paid Jahi’s family $250,000, but Jahi surviving surgery with serious complications could mean a much heftier price.

In order for Winkfield to be able to move Jahi from New Jersey back to California, a judge must revoke the adolescent’s death certificate.

"I’ve submitted tons of videos” to the courts of Jahi responding to what she’s asked to do, Winkfield said, along with the testimonies of neurologists and experts saying she is not brain dead. Now the family must find a judge willing to listen.
Potential for false brain death diagnosis means ‘you’re really not safe anywhere’

Winkfield advised parents faced with a similar situation to stay strong and “just never give up.”

Winkfield told LifeSiteNews that it was “shocking” when doctors informed her she didn’t have the right to continue caring for her daughter once they had diagnosed her with brain death.

“They told me I had 72 hours to say my goodbyes to her,” Winkfield said. “I immediately told them no, I didn’t feel that she was dead, and I felt that I didn’t want care withdrew from her and it was my decision. They told me at this point it was not — it was no longer my decision or anybody else’s.”

“I gave birth to her, I’ve been taking care of her her whole life, and you’re gonna tell me I don’t have rights to [take care of] her?” Winkfield asked. “But if she was … to commit a crime or something, and go to juvenile hall, they would say, ‘You have to pay for all these expenses for her. You’re responsible for her.’ But now that I want to keep her alive, [they’re] saying, ‘no, you’re no longer responsible for her.’ We are responsible for her.”

“You’re really not safe anywhere” if your child is diagnosed with brain death, Winkfield warned, and the only state that allows a religious exemption for parents who wish to continue treatment is New Jersey.

Winkfield said that because of her decision to continue caring for her daughter, she has received death threats, people have photoshopped pictures of Jahi to make her look “like her skin is deteriorating,” and her opponents have even called the police and told them a dead girl is in Winkfield’s house.

“People go to the extreme,” Winkfield explained. “I don’t understand why, because I’m not bothering anybody, I’m not asking anybody for anything. The only thing I’m asking is for my child to have a right to live. That’s it. And I want her to have the same benefits and the same treatment as any other child with a disability. That’s all I’m asking for.”

The Adoptive can and will often laugh off verbal taunts and will make threats that may or may not be carried out; this is because the threats are often pragmatic (seeking for impact) and often include qualifiers in the language

I agree with this. And I believe that ultimately it is high praise and admiration of the "pragmatic" behaviour by their 'father figure' that motivates them to commit the ultimate atrocity. Just like training a rat: Ignore undesirable behaviour and reward desirable behaviour. Except the truth of the reward is the act of praying on the emotional and physical abandonment of their "lost" targets. i.e., psychological warfare.

Did he really say this? National borders are the worst inventions ever made by politicians. J C Junker European Comm Pres.

Teenagers know exactly where the life ruining heroine is. But no official response to follow the trail up the food chain. And destroy the network. The official abbetors enablers and facilitators of the criminal network are un accountable.

The Foreign Legion must have received a donation or threat they
could not deny, 8/30/2016 she dirty hair, same clothes she slept in?
she looks like she rolled out of her coffin
and is walked to the stage by the accountant no doubt: https://youtu.be/Rfm4unbyHV0

Is this real or staged ? her speaking is real, is anyone there besides
members of the legion and her caddies ..her suits with depends, epi-pens
and defibrillators,...