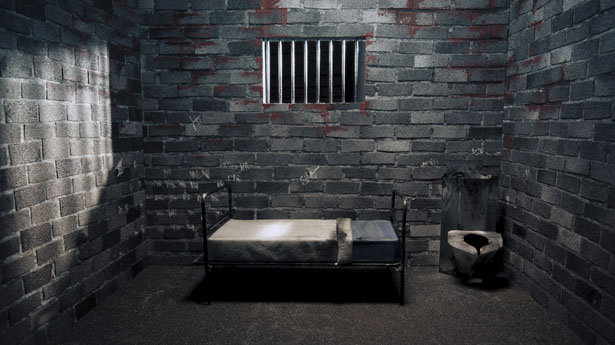 Context in language is important.

We will shortly look at the impact of Asperger's upon language.  First, we look at the potential impact of solitary confinement may have upon a subject.  Readers may find the 'psych eval' of Julian Assange of interest.

Although confinement, itself, can impact mental health (as viewed through language) when the confinement is coupled with strict sole segregation, the impact upon the subject is dramatically increased.  Below are some statements in italics from samples of the study done by Harvard psychiatrist Stuart Grassian which may be read in its entirety here.  Readers may question the strength of some of his findings, but the research, itself, is of interest.


Language is the verbalized perception of reality; it is not reality.  When one describes an experience, the subject chooses that which is within his priority, which will differ from others.

We view context of a statement as part of the building of what we anticipate or expect to hear.  Psychosis in statements is rare, but in the case of "hearing voices", we only discern deception when the subject intends deception.  In actual cases, the psychotic break will show reliable sentences.  When one dismisses a statement saying, "the person is nuts", it is often at the expense of truth.

Please consider something else, especially as if you read the entire article.  This may be of special interest to readers here:

They learned to survive by their lies and are often highly successful at it, which only increases the contempt they have for others, including the interviewing psychiatrist.

This is something you may see in the quotations.

Theme:  When a person intends to communicate with another, analysis is possible.

a. Hyperresponsivity to External Stimuli: More than half the prisoners reported a progressive inability to tolerate ordinary stimuli. For example, “You get sensitive to noise, the plumbing system. Someone in the tier above me pushes the button on the faucet . . . It’s too loud, gets on your nerves. I can’t stand it. I start to holler.”

When we see a shift from "you" (distancing) to "I", consider it very important.  With this very highly impactful event, what caused him to begin with "you" instead of "I"?

What causes the lack of verbal commitment with past tense verbs sometimes missing?

What causes the normally past tense verb usage to suddenly shift to present tense?   It is deception?  Is it PTSD-like ongoing impact?

In sexual assault victims, the discernment of such is within the realm of Advanced Analysis.  We often judge the quality of the sentences before and after the present tense usage.

b. Perceptual Distortions, Illusions, and Hallucinations:

Almost a third of the prisoners described hearing voices, often in whispers and often saying frightening things to them. There were also reports of noises taking on increasing meaning and frightening significance.

For example, “I hear noises, can’t identify them—starts to sound like sticks beating men, but I’m pretty sure no one is being beaten . . . I’m not sure.”

These perceptual changes at times became more complex and personalized:

"They come by with four trays; the first has big pancakes. I think I am going to get them. Then someone comes up and gives me tiny ones—they get real small, like silver dollars. I seem to see movements, real fast motions in front of me. Then seems like they are doing things behind your back, can’t quite see them. Did someone just hit me? I dwell on it for hours."

Here, he is consistently present tense.

c. Panic Attacks: Well over half the inmates interviewed described severe panic attacks while in SHU.

d. Difficulties with Thinking, Concentration, and Memory: Many reported symptoms of difficulty in concentration and memory.

One prisoner described his experience, “I can’t concentrate, can’t read . . . Your mind’s narcotized. Sometimes I can’t grasp words in my mind that I know. Get stuck, have to think of another word. Memory’s going. You feel like you are losing something you might not get back.”

In some cases this problem was far more severe, leading to acute psychotic, confusional states. One prisoner had slashed his wrists during such a state and his confusion and disorientation had actually been noted in his medical record.


e. Intrusive Obsessional Thoughts: Emergence of Primitive Aggressive Ruminations: Almost half the prisoners reported the emergence of primitive aggressive fantasies of revenge, torture, and mutilation of the prison guards. In each case the fantasies were described as entirely unwelcome, frightening, and uncontrollable. For example, one prisoner recounted

"I try to sleep sixteen hours a day, block out my thoughts; muscles tense, think of torturing and killing the guards; lasts a couple of hours. I can’t stop it. Bothers me. Have to keep control. This makes me think I’m flipping my mind . . . I get panicky, thoughts come back—pictured throwing a guard in lime—eats away at his skin, his flesh—torture him—try to block it out, but I can’t."

For example, one prisoner recalled “sometimes I get paranoid—think they meant something else. Like a remark about Italians. Dwell on it for hours. Get frantic. Like when they push buttons on the sink. Think they did it just to annoy me.”

In other cases this paranoia deteriorated into overt psychosis:

g. Problems with Impulse Control: Slightly less than half of the prisoners reported episodes of loss of impulse control with random violence: “I snap off the handle over absolutely nothing. Have torn up mail and pictures, throw things around. Try to control it. Know it only hurts myself.”

Several of these prisoners reported impulsive self-mutilation; “I cut my wrists many times in isolation. Now it seems crazy. But every time I did it, I wasn’t thinking—lost control—cut myself without knowing what I was doing.”

Peter Hyatt as Statement Analysis Blog at 9:21 AM

Peter, Fascinating article. Particularly admirable you have sought to explore how linguistics can be affected by a condition which causes an altered perception of reality. Especially in light of how many human rights abuses occur in these types of situations, and the importance of prisoners being listened to, the situation itself being a human rights abuse.

Someone I grew up with did several separate months in solitary back in the early 1990's during a 5 yr stint in Max Security prison..he said the room he was in was completely dark.....I learned he now has Multiple Sclerosis at age 40...it dawned on me that I bet it was from the light deprivation...they have proven lack of Vitamin D can cause MS.


A whistleblower brought this young inmates plight to light. This is sickening...


The use of segregation must end in Ontario, a criminal defence lawyer says, after it was revealed that an inmate in the Thunder Bay District Jail has spent four years in solitary confinement.

Ontario's Human Rights Commissioner Renu Mandhane raised alarm about Adam Capay after she visited the 23-year-old earlier this month during a tour of the jail.

Capay, a member of Lac Seul First Nation, spends 23 hours alone in his cell each day, where the light is never turned off. He is permitted out for an hour each day to shower and perhaps make a phone call.

Inquest jury calls for new jail in Thunder Bay
Solitary confinement reform in Canadian jails hindered by secretive system
"We know the harm it can cause, we know how devastating it can be and we simply cannot allow it to happen," said lawyer Breese Davies, who was counsel at the Ashley Smith inquest.

Smith was 19 when she died of self-inflicted choking in 2007 after being held in solitary confinement — also called segregation — for 28 months. The inquest ruled her death a homicide and made dozens of recommendations on how mentally ill inmates should be handled.

Mandhane told CBC News that Capay's speech seemed delayed, he was having difficulty distinguishing day from night and he showed evidence of self-harm. She said his situation reminded her of Smith and of Edward Snowshoe, who spent 162 days in segregation before his suicide in 2010.

'It should not happen'

Capay was sent to jail at 19 on minor charges. After an altercation resulted in the death of another inmate in 2012, Capay was charged with first-degree murder. He has been held in solitary confinement ever since and has not faced trial.

"We need significant, ongoing pressure on both levels of government to put an end to segregation once and for all," said Davies. "It should not happen. With the proper resources, it is not necessary."

Correctional officers at the Thunder Bay District Jail say they have few options for dealing with people like Capay, who exhibits symptoms of mental illness.

"Staff and management have only done what we can do with the resources we have," said Mike Lundy, president of the Ontario Public Service Employees Union Local 737, which represents the jail's correctional officers.

After reading the psych evaluation of Julian Assange, and the 'Psychiatric Effects of Solitary Confinement' I hope either the outgoing or incoming President will pardon Julian Assange, as his confinement conditions are worse than they would be in prison - he has no access to any outside area/natural daylight, and is needing dental surgery and an MRI - it's not right.