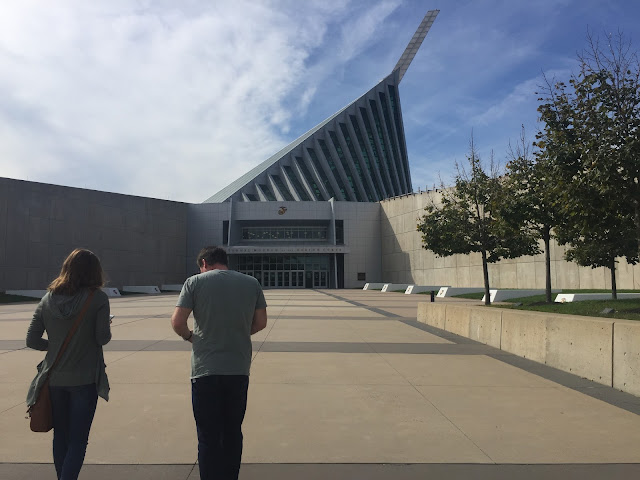 "I got up, brushed my teeth, got dressed, went to work."

Thus began a statement written because of an  allegation of theft.

Money had been stolen and all employees submitted statements of what they did the day in question.

Quite a number of employees had access to the missing money.

No statements showed guilty knowledge of the missing money, but the above statement did, however, catch my attention.  Employee theft can be tricky because employees sometimes show guilt over unrelated matters, including lengthy lunch breaks, using substances on the job, or even other theft.

I informed the business owner that none of the employees' statements showed guilt regarding the missing money and that there must be others who had access to the money during the day.

The owner checked with staff and reported that both a construction crew and cleaning staff also were in and out of the building during the day and could have stolen it, and that there had been visitors that day.   This meant an unknown number of subjects could have stolen the money.

Yet, I went back to this:

"I got up, brushed my teeth, got dressed, went to work."

I noted "personal hygiene" in the statement.  This is unnecessary as everyone brushes their teeth in the morning, and few (10% or so) feel the necessity of inclusion.

I told the owner, "This employee concerns me.  She is concealing information of a personal nature and it may be domestic violence."

The owner looked at me with shock.

"How did you know? How could you have possibly known this?  I have been concerned about her for some time and have been trying to quietly help her get free..."

I also told her how she, the employee herself, revealed  the information  and she is concealing something that is likely related to theft.  "Has there been any other theft?"

She informed me that there had been, in deed, a major theft of computer equipment but local police felt confident they would solve it.

I told her that this employee is involved.

It was later learned that she had simply given access to her abusive boyfriend so he and his small gang could accomplish the theft.  She had agreed to take a polygraph only if the cash theft was asked about; nothing else.


When personal hygiene is found within a statement, we seek concealed information of a personal nature.  Often, but not always, it is domestic violence.

Consider the psychology of such.

An investigator who simply memorizes this principle will not fully enter in to a statement with understanding.  He or she must know the reason why personal hygiene is an indication of domestic violence.

We do not interpret; we listen.

We believe the subject.

She did brush her teeth.

We are not reinterpreting "brushing teeth" into some secret code of "domestic violence."

We are asking why the subject felt the need to include it in her statement.

Consider this:  unnecessary information is elevated in importance.

Consider this:  the act of brushing her teeth was so important to her that it entered her mind (subsequently her statement) while writing out a statement concerning theft.

Now, enter her verbalized perception of her day:

She brushed her teeth.

For a very few minutes in life, she was in her bathroom, alone, very likely with the door locked, in complete control of her life.

She lives life "on eggshells" watching every word that she uses and every face expression she reveals.

For a very few minutes in life, she felt safe and in control and those precious minutes mean more to her than it does to 90% of the others in life.  Thus, she "brushed her teeth" in the morning.

Understanding the psychology behind the language allows for a profile of the subject to emerge naturally.  "Psycho-linguistic profiling" is the revelation of the person by words:

In this case, she was bullied into allowing her boyfriend access to a building and brought herself into criminal behavior by submissive and coercive fear.

The training in Statement Analysis must include an understanding of principle lest memory be engaged without narrative.

This is not how we learn in depth.

Formal training will allow for success, advancement in the cause of justice and traction for your career but it must go beyond the basics, and must include 'hands on' application of what you learn in the statement entering the investigation and bringing success.

To learn how you can enroll in training, go to Hyatt Analysis Services for courses and seminars.

See what other investigators are saying about the training.

It is always exciting to have that first success, but as your success grows, and you are detecting deception at or near 100% success rate, dwarfing all other systems, the satisfaction never wanes.


Peter Hyatt as Statement Analysis Blog at 10:35 AM

When the Clintons left the White House in 2001, pilfering over $190,000 worth of china, flatware, rugs, and furniture as they cleared out, they claimed they were flat broke. Their net worth today is now in excess of $150 million, accumulated not by traditional means of work and investment, but rather by pay-for-play influence peddling through speeches and Clinton Foundation fundraising -- with the tacit understanding that the Clintons would be in a position to return favors to donors after Hillary won the 2016 presidential election.

Your blog is utterly fascinating. I have learned so much and I thank you for sharing your expertise and experience with us!

I agree with all in blog, plus I would add: "Brushing my teeth" counts as "tasks completed" when living in a abusive crisis situation. Self-care tasks become significant/mention-able.

Adults in abusive relationships were maybe abused as children. Self-care tasks are an act of Self Care.

Aside from: "tasks completed"
What about when you're only working from: statements from the abuser? aka "in the news"?

Must see video on Huma Abedin, her ties to the Muslim Brotherhood, Saudi Arabia, etc.

Huma lived in Saudi Arabia for 18 years. Within two years of arriving in the USA, she was a close aide to Hillary Clinton. They have been inseparable ever since. That was no accident.
https://www.youtube.com/watch?v=nRu3U-nwyhw

The Fix Is In: Newsweek already has an issue in print boxed and ready to ship declaring Hillary Clinton the winner

Sorry for my late reply, Hassan. Yes, let me tell you about her. The woman is so odd, so starved for validation, so tormented and vain it is a constant surprise to me that anyone takes her seriously.

Everyone on the team knows how unwell she is, but they’re more determined than ever to see her win. This woman that has a dozen seizures a day. This godless shrieking malcontent passed out in her medical van. This walking cadaver. She’s nonfunctional.

Hassan, nobody cares. We sober her up for speeches and indulge the press corps with cheap sentiment. The first female president. The last glass ceiling, etc. They trip over themselves lining up behind her.

Surely they know it is not her they’re getting. It’s the one in the corner, the quiet helper, your sister Huma.

You asked me once how I did it. How did I take the castle? Hassan, I didn’t take it, they gave it to me. Yes, there was a cost. I will admit, subjecting myself to AW (Anthony Weiner) and WJC (William Jefferson Clinton) is mortal torture. But I do it gladly, brother, everything they ask of me, however sick and depraved. I do it, and I smile, rejoicing at the thought of whose glory I serve.”
________________

It just keeps on coming...

What I'm being lead to believe is that it doesn't matter what they find, HRC will be elected the first woman president and she will have that on her headstone. That's it. That's all.

Almighty God in Heaven, please intervene as you have done before in history, and stop this evil witch Hillary Clinton from becoming President of the United States. Please save our great country from this monstrosity known as Hillary Clinton. Amen.

My thoughts exactly. God please save us.

Hillary's web of organized crime is vast...she managed to silence the FBI...let's hope NYPD steps up to the plate. And why doesnt Anonymous release their dirt on the Clinton's before election Day?! What the hell???

the before and after

This is the show people of her two persons
she claims one private one public. Whatever the Diabla sneered
educating the public, her flock. Her Chairman Mao
suits, the cackle, the head bobbing, the lip licking
She isn't human. She has no conscience. She is a walking evil.

A visual we cannot not view, the US is her agenda, to destroy.
Destroy it, to rebuild it, her to put in judges for the new
law of land, one bank, one religion - death to God Damn America
isn't this what Obama's mentor shouts on Sunday....

We the people need to stop being stupid thinking this is a trial run.
She has the experience! she cant wait to blow shxt up. It's not if,
it's Where.

The world we live in at the moment is truly stranger than any fiction. I used to hate tv shows based on conspiracy theories because they would always be so grandiose and unrealistic, but I can see they didn't go far enough.

I can only hope news of the FBI clearing Clinton has the "Streisand" effect of having the opposite effect of that intended. We'll see in a couple of days time whether Americans are as easily fooled as the Political elite disdainfully think.

“Friends, please remember that if you see a whopper of a WikiLeaks [sic] in the next two days,” she wrote. “It’s probably a fake.” - Jennifer Palmieri.

I guess she weakened her statement by adding the word "probably". Seems like even in close Clinton circles they know it is true.

Dave Uhl is running for Monroe County Sheriff and has made a number of red flag statements after the mysterious deaths of Courtney and Cameron Hulet.

There is a mysterious neighbor who closed the door and left, came back three hours later, a police force that "has no idea" what happened, and Uhl has been saying "sorry" in his facebook comments.

My speculation is this was a drug raid that turned up empty. Marijuana and taco bell were staged and somehow the Hulets ended up dead. I would love to hear expert thoughts on this!

I put together a brief history and quotes related to the Hulet's here:
http://case-discussions.blogspot.com/2016/11/dave-uhls-comments-regarding-courtney.html

Peter your daughter loooks beautiful and so serious. It must have been so exciting for her