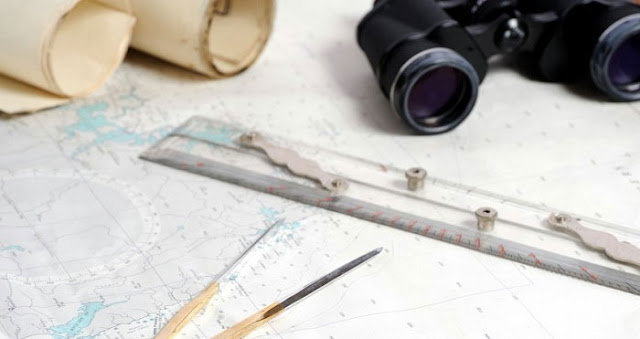 I describe some colleagues in this way:  They've reached the top of their craft and the top of their profession, yet, they are "like kids at Christmas", excitedly learning anew, incessantly. The monthly trainings with them fuel us with enthusiasm for excellence.

This week, I had the privilege to lead talent, once again, in Geneva, Switzerland with "Diligence"; an investigative company led by experienced intelligence professionals described as:

"Diligence is an Investigations Company specialising in complex cross-border inquiries. Our focus is to understand people and companies, whether as part of a due diligence before the fact or to help seek the resolution of a dispute. To gather information we read, talk, listen and watch."

With this, they hire the best and brightest, and they train, and train and train.

Their clients' expectations are met in successfully completing complex investigations.  Their commitment to training reflects their commitment to success.  Their rich backgrounds and powerful resumes reflect the depth of their work, yet, as described above, leadership both prizes and reflects the same trait that I admire in colleagues:  childlike enthusiasm for learning.

The CEO's presence in the training was both inspiring and empowering.  Young intelligence analysts and investigators get to witness, first hand, what excellence looks like, how it conducts itself, and what strength in humility sounds like.  As a client in need, this would give me confidence in the company to fulfill the pressing needs of complex cases.

Many of the investigators in the seminar do not speak English as first language.  This allows for broad international investigations, cultural understanding in strategy, and necessary contributions to "team" critical for success.  Management prizes "team", not as a slogan, but as a necessity.

Over the years, I have had some rather unsatisfying experiences with paid translators.  They are expensive, time consuming and do not understand the nuances of analysis, nor  its need for accuracy.  It is almost easier to use the block translation of google.

With Diligence, analyzing an anonymous statement for a client  I was privileged to work with a well led,  dedicated team of professionals with essential backgrounds.  The input had one of whom shared his insight into the difference between formal and informal French, which proved crucial.  Another, due to his own training, was able to spot a Russian expressions used, which furthered us towards success.  This team was led by an intuitive expert with a legal background, pulling everything together for success.

While detecting deception, the analysts' quick minds were already processing content analysis, while some were in the psycho-lingusitic profile.  Why?

Because she, in her mind, was preparing what questions a subject would need to answer.

They seek to "know people."

This is "due diligence" they offer, and lead by.

Knowing and accepting human nature is the key to success in Statement Analysis as a tool employed in completed investigations.   Whether it be multimillion embezzlement or fraud, or security vetting, the insight into human nature, through the words chosen, brings results. Each complexity - layered aspect of an investigation is met by questioning and listening.

It is a privilege and an inspiration to work with the professionals at Diligence.

For information on Deception Detection training, along with the advanced psycho-linguistic profiling, please visit:

We hold both seminars, and training done in your home, buttressed by live, online training.


Companies and individuals in need of investigations, forensics, business intelligence, security, assistance in international commerce, and other such intelligence gathering, would do no better than entrusting their needs and concerns to Diligence with offices in Geneva, London, New York, Moscow and Brazil.

You will encounter excellence.


Peter Hyatt as Statement Analysis Blog at 6:04 AM

Impressive group of personal at Diligence.

A nice plug for you Peter. Kudos! Congrats! Very soon you won't be hosting this freebie rag-a-muffin blog.

Knowing that, and I rarely,if ever, submit anything for analysis. However, this subject-a woman whose baby was cut from her womb in North Dakota by neighbors- struck a raw nerve. Especially since we rarely hear of major crimes in North Dakota (sounds like a Fla. or Cali thing)but, the people lived in the same apt bldg. and the woman still lived with her family though she was 22. How did these people assume they would not be caught?!

Here is a link and I'm picking up additional information and maybe because I want to see additional info. If you have time, please look at this: http://www.twincities.com/2017/08/24/newborn-found-2-questioned-in-fargo-womans-disappearance/

I understand if you don't and thanks in advance or thanks anyway.

If you can, please post a transcript here for lots of eyes, especially if mine are in training all week (hint hint)

Thank you for the kind words.

Quote from the Mayor of Houston;
When reporters asked why no evacuations were ordered despite days of warnings from NWS, Turner said it would have been "too dangerous" to have millions of residents on the road, noting that "if you think the situation right now is bad and you give an order to evacuate, you are creating a nightmare."

He transitions from past tense to present with ease.

A BRITISH man who reported his new wife missing while sailing in the Caribbean has been charged with stealing £80,000 worth of gold and silver coins.

Lewis Bennett, 38, who lives in Florida, was arrested on Monday on a federal charge for transporting stolen goods worth more than £4,000, Palm Beach Post reported.

Bennett is accused of stealing 617 collectable coins from a sailing vessel named the Kitty R in St. Maarten, which he had been working on.

According to the criminal complaint, the victim estimates the value of the stolen coins to be £80,000.

Bennett filed a police report to authorities in May last year, saying the boat had been burglarised while he and the owner of the boat were not on board.

Bennett and his wife, Isabella Hellmann, 41, were on 37-foot catamaran sailing near the Bahamas to Florida in May when she went missing.

Bennett told investigators he was sleeping when the boat struck something in the Florida Straits and started taking on water.

Authorities say Bennett told them when he went above deck, he could not find his wife so he abandoned his sinking boat.

Rescue crews found him in a life raft about 30 miles from the Bahamas.

Authorities noticed he had loaded a suitcase and two backpacks on the raft but had taken only one backpack with him when he was pulled out of the water.

A Coast Guard rescuer said he “noticed that his backpack was unusually heavy".

Among Bennett's belongings in the raft were 225 coins with a value of about £3,240, the complaint said.

The Coast Guard searched the area for his wife for ten days but she was never found.

Her family and friends have started a social media campaign to find her.

The couple, who have a daughter together, were on a belated honeymoon sailing through the Caribbean when the boat sank.

Mining engineer Bennett has has denied any wrongdoing over his wife's disappearance and investigators have never named him as a suspect.

The FBI says a June raid at Bennett's home turned up 162 more coins, in a small case, hidden in a pair of boat shoes, the affidavit said.

The coins were returned to the owner of the boat.

Bennett is due to appear in a Key West Federal Court in Florida on Tuesday.

Wouldn't it be interesting to see analysis on Pastor Joel Osteen's back-pedaling explanations during interviews on his reasons for not initially opening the Houston church as an evacuation shelter?
The words I heard him speak were Full of Unreliable Denials.

I would not find it interesting at all. Reeks of false accusations in order to get inside the church and terrorize members and those recovering from the hurricane. He said it had flooded some in the beginning. That should be enough information for those of average intelligence.

Never mind on the link of the North Dakota woman. I'll trust my instinct and assume the article was written to absolve the true murderers of crime so the author could go on a witch hunt.