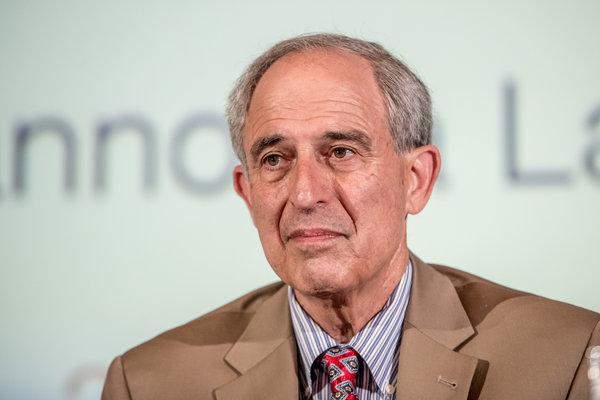 Here is a short lesson into pronouns.

Pronouns are instinctive.  They do not require pre-thought and represent a strong reliability in Statement Analysis.

Most parents recognize the importance of pronouns from their children, including the disappearance or even ejection (emotional).

We look for commitment from the instinctive, intuitive, and well familiar pronoun "I" in context.

The need for "others" in a statement is an example of "crowd sourcing guilt"; that is, to either mitigate or hide from guilt, by refusing to be, linguistically, alone with it.

They aired a video of a black woman calling for peace from rioting violence.

They cut out the racist portion of her calling for the violence to be moved to a white neighborhood.

CNN portrayed her, visibly, to be a peaceful citizen, rather than the racist violent person she is.

This is insight into how Germany's Josef Goebbels conducted news, including cinematic persuasion.

CNN reported anonymous "sources" and this was picked up by the MSM news organizations.

He, alone, was the anonymous source of "eyewitness" information.

His words guide us even while main stream media reports "backing away" or "walking back" his comments.

Last week, Davis told Anderson Cooper, “I think the reporting of the story got mixed up in the course of a criminal investigation. We were not the source of the story.”

Did you notice the passivity entering his language?

It becomes even more clear;


“I think the reporting of the story got mixed up in the course of a criminal investigation. We were not the source of the story.”

He uses the plural pronoun "we" knowing it was he, alone, and does so, "in the negative."

Technically, it is true.  This reveals background of the subject's comfort with deception.

On Monday evening, Davis told BuzzFeed News that he regrets both his role as an anonymous source and his subsequent denial of his own involvement.

Davis told BuzzFeed News that he did, in fact, speak anonymously to CNN for its story, which cited “sources with knowledge” — meaning more than one person.

Did he admit lying?

“I made a mistake,” Davis said. Regarding his comments about a month later to Cooper, he added, “I did not mean to be cute.”

We not only know about his deception, we know his belief system. Undermining the democratic vote in the United States was, for him, not only worthy of outright deception, but is minimized into a "mistake."

He equates the potential impact upon millions of Americans as "cute."

The lack of personal responsibility and the lack of human empathy regarding what damage he may have done, is noted.

Some like to say, "yes, but I..." and refute a principle.  This is the "I Effect" instructors warn against which may lead to an instructor needing to ask,

"How many statements of this accusation have you analyzed?"

Better to ask questions than to assert.

We seek to note "hormonal consequence" of a statement; the basic technology behind the polygraph.

Some will assert that they are exception to principle while others will quote fiction.

Consider that  a fictional character is not facing prison or perjury charges.

We look at the magnitude of consequence that this false statement represented, and we recognize that the subject has a likely history of corruption, professionally and privately.  It is who he is.

CNN has refused to apologize but issued this statement,

After Davis publicly backtracked from the claims, the New York Post and the Washington Post outed him as their confirming source and published apologies from Davis, a lawyer and communications expert who became well known for his work for Bill Clinton.

After publication of this story, Davis added to BuzzFeed News that he did not lie to Cooper, but that he "unintentionally misspoke."

"We stand by our story, and are confident in our reporting of it,” a CNN spokesperson told BuzzFeed News.

The subject's minimization and re characterization reveal his casual comfort with deception that impacts millions of lives.

Richard Blumenthal, a rare (10%) outright liar, worked for years as a prosecutor.

You may search here on his statements.  Then consider what impact he may have had on innocent victims in order to pad his own legal record.

Peter Hyatt as Statement Analysis Blog at 7:25 AM

"We stand by our story, and are confident in our reporting of it,”

Yes, CNN can confidently assert they reported exactly what Davis told them. No doubt word for word. No vetting of the information mind you, just reporting what they're told as verified truth.

I get a headache watching CNN. It's like watching one of those archaic spinning wheels used to hypnotize back in the day.

Interestingly, CNN avoids to address their violation of the fundamental principle of their profession: That any story must be confirmed by at least two independent sources.

“We were not the source of the story.” Perhaps Mr Davis’ opinion of himself is so high that he feels justified in employing the “royal we”. 😆