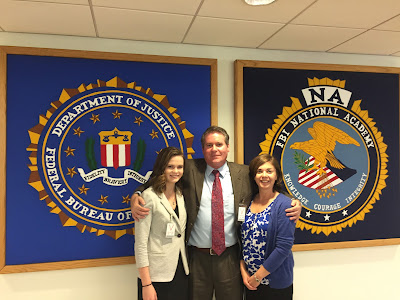 To analysts, investigators and student analysts.

Submission of homework (and tests) should be in the following manner:

1. Use separate email with the Subject line of SUBMISSION: Homework.  Do not use chain email.

2. The homework submission is to:

a. Answer the question
b. Explain the answer indicating the psychological underpinning of the answer; its usefulness in analysis, the potential for exceptions, etc.
c.  Find examples from the news where you enter the statement, analyze it, and conclude.

Your writing should be with your Intended Recipient as one untrained and unfamiliar with Statement Analysis. In this sense, you are the instructor.

This will not only deepen your understanding, but it will prepare you to write (or speak) to the public, to district attorneys, superiors, clients, etc. This is useful in court testimony as Statement Analysis is not recognized as a separate science.

d. The length of homework should be considerable. Among the best submissions, analysts sometimes use 2 more pages on a single question.

Human nature is complex. Parroting is foundational, but it must advance to application, while maintaining self discipline. Exceptions will be encountered and analysts who use restraint later learn how the principles serve them well. Psycho-linguistic profiling cannot be done without a strong foundation.

The Complete Statement Analysis Course comes with 12 months of e support. This is essential for learning.

Statement Analysis 101  "check list" forms are basic and most useful in attracting interest in analysis, but will lead to eventual error.

The course is done in your home or at your office, at your own pace.

The lectures are on CD (Mp3 format) and should be listened to repeatedly.

Like learning the scales of a musical instrument, the necessity of practice is quickly evidenced as statements, throughout the news, present themselves for analysis.

Those who take their time and commit to practice should reach at or near 100% accuracy in detecting deception.

The course guides you to understand the psychology behind the principles.  Although rote memorization is needed initially, the analyst must be able to employ critical thinking for content analysis, threat assessment, psycho-linguistic profiling and anonymous author identification.

The latter are advanced forms of analysis that are based upon the well established and self disciplined foundation expected in the course.

For more information on enrolling from your home, or hosting a seminar for law enforcement, military intel, or private corporations, please visit Hyatt Analysis Services.

This blog has samples of analysis, including some guest articles.

You tube videos have short samples:

Those of whom English is a second language yet are proficient, hold to an advantage in study.

The commitment to excellence is considerable.

The result is accuracy.

Monthly Live Training Enrollment is for those enrolled in the Complete Statement Analysis Course and is by approval only.  The training is confidential and works at the behest of law enforcement on live cases.

Currently, there are two trainings per month with limited enrollment.

A beginner class is planned.


Peter Hyatt as Statement Analysis Blog at 10:01 AM

The Cook County State’s Attorney’s office will not be prosecuting Jussie Smollett ...

From Hope and Hype to subversion and lawlessness The great disapointment. Leading from behind. The new Soviet Democrat party. Ruining the country for the political and celebrity classes.

Is that - i.e. Soros' agenda - the "movement" Jussie mentioned in his press conference?

Also: I don't think they let him off the hook just because he is a celebrity. High profile people were involved in the hoax.

Hopefully all crooked judges and prosecutors lose their licences.

OT: Reaction Kamala Harris to all charges against Jessie Smollett being dropped

Wolf Blitzer:”You’re a former prosecutor, you understand the law. Eh, what do you think about what happened to Jessie Sl..Smollett in Chicago today?”

Harris starts with "to be perfectly honest with you". Could that be a sign of deception, an attempt to strengthen the weakness of her statement? Also: why does she say "I don't know the underlying evidence"? Shouldn’t that be obvious? After all: this was a Chicago criminal case and she is a senator from California. So why does she feel the need to say that? I don't think Blitzer was even implying that she knows the evidence. Blitzer may have meant the question in a more procedural way, as in: "Is this a normal way to deal with cases like this?" Also: a total overkill of "I don't know's" and "I'm confused's". There’s one thing she does know though ("obviously") and it’s the only substantive fact important enough for her to mention here: there is a sealed document. Is she implying that she could tell Blitzer more if the document wasn't sealed? That can't be: she wouldn't even have access to police/court documents regarding criminal cases in Chicago (at least I assume).

My personal opinion: She's not "perfectly honest". She does know what happened and she does know the underlying evidence. She's not confused at all. She's relieved. Because the document is sealed.

Question on the interest in the Chris Watts' interview:

What is the Analysis Question that is sought to answer?

From what I have seen online, there is a lot of interest in whether Chris Watts truly acted alone. Or whether he had an accomplice in the killing and disposal of his families bodies.

Regarding the Chris Watts interview, the parts in the interview where he talks about what happened that night...Did Chris kill all 3? Or did he have an accomplice? His neughbors’ videotape seems to show a female during the “truck loading”.

Hey Jude & I have noted how passive Chris’ language is. Did Chris definitely kill his wife and/or girls? (FBI also asked that question of Chris in that interview with him in jail, but asked the question in a way that Chris could just say “yes” or “no”.
A huge thing being discussed on the internet is whether Chris killed the girls at home or at the site of the oil batteries. The FBI was also focusing in on that very much in the interview. Chris says he smothered them at the site of the oil batteries, but it is questionable whether he is telling the truth about that.

Did he act alone?

Did he kill the girls at home or at the site of the oul batteries?