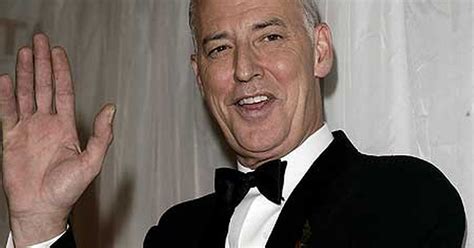 Analysis of "what happened" based upon his interview with Piers Morgan to follow. This analysis will provide an answer to "what happened" as well as insight into the profile of Barrymore; his background, experiences, dominant personalty traits, and his priority in the interview.

First, we listen to his denial of causing Stuart Lubbock's death.


“Well, absolutely not. No way. No way did I do it. And if I did, you know, I would have put my hands up ten years ago … or eleven years, whatever it’s now. I, I, I, I couldn’t, eh ,I mean, you know… I haven’t spoken about this properly like this properly [probably?] really at all to be quite honest. And I, I, I, I, I. I do find it difficult to talk about. Not because I’m guilty… of anything. But because I didn’t do anything. I did a stupid thing. I walked away from the scene. But I’d already gone in and got help to bring him out. Nothing happened to the guy there.”

This is rich for analysis

If you did not kill someone, it is not likely that you would need a pause to think ("well").

"absolutely not", although unnecessary, can be produced from a sense of overwhelming accusation; either falsely or accurately.

Even after years, did not notice he switched to a present tense verb?

Technically, we deem this either "not reliable" or "unreliable" as he avoided linguistic commitment to the past.

Yet, there may be more to the sudden switch to present tense by an educated and intelligent man.

This is an indication of stress avoidance yet more importantly, it is a  strong signal that he is actively engaging memory of the event, perhaps even reliving it, rather than memory of what he had previously said. We will see if this bears up in the rest of his language.  It is also a theme of the content analysis to be posted.


And if I did, you know, I would have put my hands up ten years ago … or eleven years, whatever it’s now.

What does the allowance of the possibility of guilt do to him?


We use the pronoun "I" millions of times---our brains are efficient at processing it.

When a non stuttering person halts or stutters on the pronoun "I", it is to indicate a significant impact:  an increase of stress moving to anxiety.  Here we have four "I's" showing significant anxiety, followed by another "I" and the awareness of his interview with "you know."

This is to affirm that he is working from experiential memory---not self reference.

The need to call upon "honesty" is necessary for one who now "really wants to be believed."

The context, death, should not be forgotten, in which this need for persuasion is produced.

Now to be "quite honest", we have his anxiety go even higher:

This severity of anxiety (6 "Is") is such that he may be near a nervous breakdown. We now know why he does not talk about it.

Not because I’m guilty… of anything.

He does not ascribe this to the thoughts or words of another, but in context, is in the mode of hypothetical. If he did it; if he was guilty, he would be such a "good guy", that he would not have waited to give himself up.  This "Good Guy Principle" reveals the opposite in Statement Analysis.


But because I didn’t do anything.

This is to avoid the obvious allegation --

I did a stupid thing. I walked away from the scene.

He will refute this by, again, portraying himself as the "good guy" in the action:

But I’d already gone in and got help to bring him out.

Nothing happened to the guy there.”

As the analysis of "what happened" will show, he did not help the victim.

"the guy" is to avoid Stuart Lubbock's name and is explored in the content analysis to be published shortly.

Michael Barrymore takes personal possession of the guilt while issuing an "Unreliable Denial."  He deflects, minimizes and attempts to persuade.

He allows for himself to have "done it", and takes pronoun possession of guilt.

When he says "I'm guilty", I believe him.  I believed OJ Simpson when he said, "my guilt" as well.

Next:  the deeper analysis of what happened according to a team of analysis experts from the US, Canada and Europe.

Please peruse the blog as well as youtube for examples and further detail on the "Complete Statement Analysis Course."

We offer at training in your home, at your own pace, as well as seminars for law enforcement, business, private sector and others seeking to learn to discern between truth and falsehood.

Peter Hyatt as Statement Analysis Blog at 9:23 AM

"No way."
"way" is unnecessary

Even after years, did not(sic) notice he switched to a present tense verb?”

“do” in this context is not present tense. It is infinitive and part of the standard way to express past tense (imperfect) by the help of “to do”; we wouldn’t want him to say “no way did I did it”, do we? So, apart from the fact that he doesn’t address the specific allegation (already known, law of economy?) the denial looks close to reliable to me; he does commit to the past. Or would you say that he, when he says “But because I didn’t do anything” further down in the analysis is speaking in present tense?

I see what you mean. I guess he could've said 'no way I did it'. This statement needs further explanation from an expert in SA. To me though I think stating 'no way' not once but twice is too much need to persuade us he couldn't possibly have done it and also 'no way' to me seems an odd choice of words. It's the sort of thing you expect from a teenager denying some wrong doing to a parent. It certainly doesn't seem appropriate from a murder suspect in his 40s. I believe Mr Barry more has a deeply flawed character and is more than capable of having killed Stuart Lubbock not forgetting his ex wife was 'at risk'after being attacked by him and he has longstanding drug and alcohol issues.