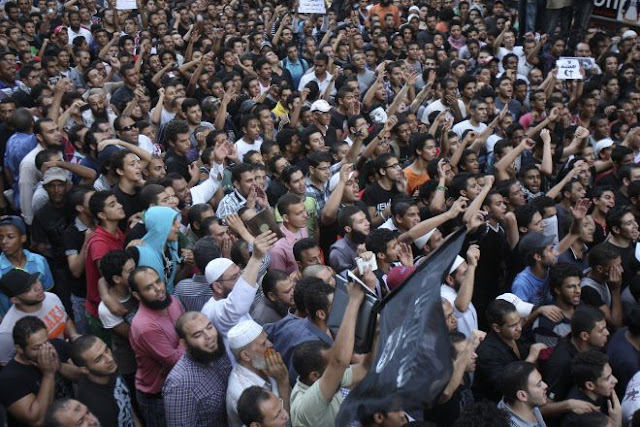 Bob Dylan recently cautioned Americans about trusting in politicians to bring about change. He was interviewed.  The expectation of an interview is to glean information from the subject; not a platform in which the Interviewer spreads his own beliefs.

In the recent interview with Rolling Stone magazine, the interviewer tried 5 times to get Bob Dylan to agree with him and praise Barak Obama.

Media is the number one facilitator of deception.

Examples run from minor to major.  Here is a minor:

4 years ago, gasoline went up to 1.87 per gallon in which media called George W. Bush the man who was "in bed with big oil companies" profiting off the rocketing gas prices.
Today, gasoline is $4. per gallon and media does not make the same association.

We live in a political world of deception and manipulation where the President of the United States meets with Hollywood personalities while keeping the Prime Minister of Israel in waiting.

President George W. Bush said that "a peaceful religion was hijacked"on 911. To do so, he must either be ignorant of the Koran and history, or he lied.

President Barak Obama is having an American movie director interrogated and has sought to increase the influence of government upon us in more spheres of life than most of us have ever imagined. 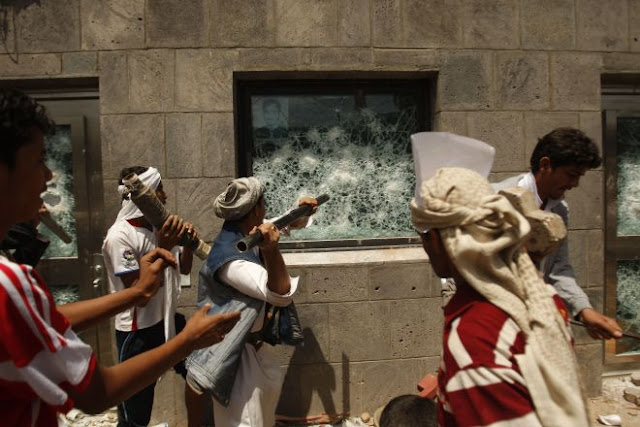 The Koran is the standard for Islamic belief.  The Koran calls for violent subjugation of all who resist the order of Islam.

More than ever before, Americans need discernment and must stop looking the other way at deception.

Americans must embrace liberty and distance themselves from foolish party loyalty.

It is going to be a painful time between now and election day with deception and political nonsense everywhere.

We will cover statements for you, focusing upon deception within language.

Jonathan Edwards called it the "antichrist of the east" bearing the sword, shedding blood, and subjugating its victims, male and female.

We must care when a politician says "trust me" when those closest to him cannot.

We must care when someone lies to us and not dismiss it lightly, as we so often do.

We have lost many of our freedoms and what is left of them is rapidly eroding.
Peter Hyatt as Statement Analysis Blog at 12:43 PM

Peter, this has been bothering me for awhile. last week I read a CNN article about Americans not being accepting of Muslims, and interlaced in the article were links to various pro Islamic propaganda. I asked myself why CNN would be trying to actually PROMOTE Islam? I made the mistake of posing the question on facebook. wouldn't you know, my six atheist friends all responded, taking about hate crimes against Muslims, "what's wrong with islam?" etc. I said that Islam is cruel to women and gays, and they responded by talking about Christians perpetrating hate crimes, how we hate gays and are unfair to women, and more hate spewing anti Christian speak all over the place, all defending Islam. my 200 Christian friends did not comment. I'm very afraid for our country!!! And I am still so baffled and cannot figure out: 1 - why is CNN promoting Islam? and 2 - why are the religion hating atheists / gay rights proponents all ok with islam while hating Christianity? can you shed any light?

These photos of protesters with commercially made banners and signs make the attacks planned and coordinated .

Here, here. I don't bother investing in the propaganda pablum they papers peddle as "news" anymore. I just read various sources on-line, now. People seem too busy these days to read beyond the headlines and the first two or three paragraphs of an *opinion* piece being passed off as factual news.

Tawakel Karman (Arabic: توكل كرمان ‎ Tawak[k]ul Karmān) (Anglicised: Tawakul,[1] Tawakkol,[2] Tawakkul[3] or Tawakel Abdel-Salam Karman[4][5][6]) (born 7 February 1979[6]) became the international public face of the 2011 Yemeni uprising that is part of the Arab Spring uprisings. She has been called by Yemenis the "Iron Woman" and "Mother of the Revolution."[7][8] She is a co-recipient of the 2011 Nobel Peace Prize,[9] becoming the first Yemeni, the first Arab woman,[10] and the second Muslim woman to win a Nobel Prize and the youngest Nobel Peace Laureate to date.[11]
Karman is a Yemeni journalist, politician and senior member of the of Al-Islah political party, and human rights activist who heads the group "Women Journalists Without Chains," which she co-founded in 2005.[1] She gained prominence in her country after 2005 in her roles as a Yemeni journalist and an advocate for a mobile phone news service denied a license in 2007, after which she led protests for press freedom. She organized weekly protests after May 2007 expanding the issues for reform.[1][12] She redirected the Yemeni protests to support the "Jasmine Revolution," as she calls the Arab Spring, after the Tunisian people overthrew the government of Zine El Abidine Ben Ali in January 2011. She has been a vocal opponent who has called for the end of President Ali Abdullah Saleh's regime.[13]

A song that was played to me by my father, he to play it, I to listen
I even young as 5,6, years old knew it wasn't just a song.
I at random play it, find comfort in it, the power of Music Lives.

His offering in the YT above, I have never heard until today.
If you embrace the song, you will embrace his said, of how the song became in his time.

While we judge intolerance towards Americans I meant.

Sadly, most religions are fairly anti-woman, anti-gay, etc. and that does include Christianity.

I have not read the Koran. I can't say whether Islam is a peaceful/benign religion being "hijacked" by extremists. I do see the subjugation of women, degradation of human rights, fearful intolerance of democracy and the sanctified violence by zealots. But unfortunately that is something universal. Is this Islam? I can't answer that. Faithful Muslims must ask themselves this question: "What is Islam and how do I becoming closer to God/Muhammad? Faithful Muslims must gather strength to uphold the truth of God. They need to denounce the hatred, violence and killing. What is God? What is Truth? Is killing ever justified for the sake of one's belief? I believe everyone has the right to defend oneself against violence. I do not believe anyone has the right to perpetrate violence in the name of God.