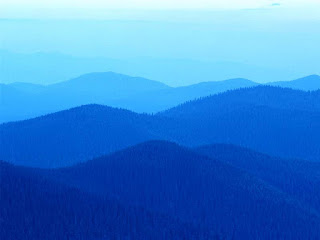 Articles, like pronouns, are instinctive and have the highest rate of reliability in analysis.  We use articles and pronouns so many millions of times in life that they are trustworthy, in language, above all else.

“I had with me a Personal Plan for my client.  I took the Plan home with me to study it.”

Prior to being introduced, the client’s Personal Plan is stated with the article, “a” but once it was identified, it became “the” Plan.  This sentence not only shows the sequence of an article, but also the ‘law of economy’ as humans tend to shorten words as they progress. “Personal Plan” became, simply, the “Plan.”.  This is indicative of a truthful statement.

If the subject had reversed the two, it would have left the reader with an awkward feel to it.  “I had with me the Plan for my client. I took a Personal Plan home with me to study it.”  This might have led the reader/listener to ask, “Which plan are you talking about?”

The first sentences showed continuity of thought and were said without pre-thought, as in the “Free Editing Process” (FEP).
What happens when there is a change in the article use that appears out of the ordinary?

Here is a sample of such.  A man was received a call at work that his house was on fire. He rushed home to see it destroyed. The fire investigators did what is done in investigations, no matter the allegations:  the man (subject) was asked to write out what he did, from the time he got up in the morning, until the present.  Here is his statement:

“We left my house about 6:30AM.  We stopped to eat breakfast and then on to play golf.  We arrived back at my house. I laid my golf clubs on the porch and went inside the house.
I was going to change my wet pants and shirt.  After I changed my pants and shirt I left the house.”

In analytical interviewing we break down a statement prior to conducting the interview.  Sometimes a statement will allow us to enter into the picture of what happened in great detail.
Let’s look at it again with emphasis added:

We left my house about 6:30AM.  We stopped to eat breakfast and then on to play golf.  We arrived back at my house. I laid my golf clubs on the porch and went inside the house.
I was going to change my wet pants and shirt.  After I changed my pants and shirt I left the house.”
He wrote:  “my house” in the first sentence and then he wrote, “my house” in the third sentence, but in the fourth sentence, he changed it to “the” house.

What triggered the change in language?  What changed about the house?

If the article was following the simple article sequence, he would have written, “We left my house about 6:30AM…We arrive back at the house…and the article, “the” would have been consistent.  Here, though, he called it “my” house, twice. Why?

The possessive pronoun, “my” is also highly reliable, as human beings, we are possessive creatures.  After identifying it once as “my house” there is no seemingly apparent reason for him to take ownership of it again.  By doing so, he has caught our attention with his need to emphasize.  It is now flagged as “sensitive.”  Why is ownership of the home sensitive to him?

We left my house about 6:30AM.  We stopped to eat breakfast and then on to play golf.  We arrived back at my house. I laid my golf clubs on the porch and went inside the house.

As it turns out, he set the fire to his home.

If you re-read his statement, you won’t find a single lie in it.  He simply withheld the fact that he went to the house and poured gasoline in it and had to change his pants and shirt because they smelled like gas, and he did not say that it was he who lit the match.

In light of this, go back and notice the change in language from “my” house, to “the house” in his statement.

After his friend left, he poured gasoline around, spilled some on his clothes, changed and left to rush back to work.

When he was destroying his house, it became “the house”; no longer “my house.”

It was this one simple ‘slip up’ in language that caused a trained investigator to take note of what he was doing.  Had he said (or written) “my house” once, and then “the house”, there would likely have not been the same attention paid to it without the need to emphasis it being “my house” twice.

It makes psychological sense as well.  All analysis should make psychological sense and this is no different:  It was his house until he made the decision to burn it down, and then it became “the” house, showing the emotional distancing from it that is similar to car breakdowns.

When one introduces them in a backwards manner, it is often an indication of deception.

“I was robbed.  The man came up to me and said that I was to give him my money.”

Unless “the” man had been previously identified, this is an indication that the subject knows the male who robbed him.  Also note the word “said” is used.  When someone is held up, stronger communicative language is expected.  “He told me…” is more appropriate and forceful.  This statement is both 100% truthful and deceptive, as he knew the “man” as his partner in crime.  Scams of this nature are not uncommon.  “The three gentlemen asked me for the cash…” as if any robbery victim would use the word “gentlemen” or even the word “asked”!  They even knew he had checks, so they made sure to “ask” him for “cash” and not “money” in general.

When we first have a written statement, we circle all pronouns and circle where pronouns went missing.  We then check all articles, as these are the “one-two punch” of analysis. From there, we note any changes of language, and any specific examples of sensitivity, or time lost.

In this case, when he came back from golf, his friend left. After pouring the gasoline and spilling it on himself, he needed to change…again.
Peter Hyatt as Statement Analysis Blog at 12:32 PM

"From there, we note any changes of language, and any specific examples of sensitivity, or time lost."

Would 'time lost' be 'temporal lacunae'?

I noticed he mentioned that he left his golf bag on the porch. Apparently he didn't want to lose them in the fire.

Knicker elastic can however.


~heads off to naughty corner for 5 mins~

Anonymous said...
I noticed he mentioned that he left his golf bag on the porch. Apparently he didn't want to lose them in the fire.