Holding My Hand Through Hell 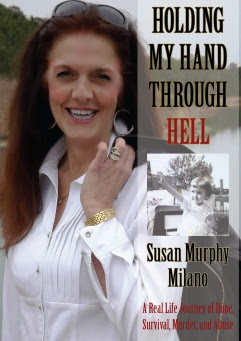 Holding My Hand Through Hell by Susan Murphy Milano

This poignant well-written book tells the story of a police officer’s family and a daughter’s quest for justice long after the heart-wrenching murder of her mother. Susan Murphy Milano embraces a legacy of unconditional love and faith to triumph over a life plagued with unspeakable abuse and pain.
Based on a true story, told with the flow of a novel, spiced with frank wisdom and wit,Holding My Hand Through Hell encourages the reader to immerse themselves into this family s life and is an inspiration to become an advocate for change in this world we all share.
Holding My Hand Through Hell will incite discussion, debate, and heightened awareness about hope, survival, abuse, murder, and its impact on our society. In the end, it will leave readers both applauding this woman as well as wondering how she escaped, sometimes at the eleventh hour. Twenty years later, she has realized that God must have been holding her hand through hell, delivering her from the evils of her life in order to save others.
“Raw and riveting Holding My Hand Through Hell starts fast and never lets up. In this powerful memoir, author Susan Murphy Milano throws open her personal closet so that we see what drives this woman to tirelessly champion voiceless victims and the people who love them”…… Steve Jackson, NY Times best-selling author 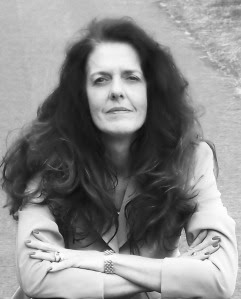 violence programs, law enforcement and prosecutors providing technical and consulting services in “high risk” domestic violence and stalking related cases. Her principal objective is to intervene before a victim is seriously injured or killed. Utilizing a procedure which she devised, the Evidentiary Abuse Affidavit© Murphy Milano’s clients are all still alive.
SUSAN MURPHY MILANO is the author of DEFENDING OUR LIVES (Doubleday 1996), MOVING OUT, MOVING ON (Kind Living Press 2008), and TIME’S UP (Dog Ear Publishing 2010) which guide those in abusive relationships to a place of freedom and safety.
Susan’s quest for justice was instrumental in the passage of the Illinois Stalking Law and the Lauternberg Act.  She has been prominently featured in newspapers, magazines, radio and television including: The Oprah Winfrey Show, Larry King Radio, ABC’S 20/20, Justice Files, E-True Hollywood, CNN, Sunday Today Show Profile, Women’s Day, Family Circle, US News and World Report to name only a few.   She has frequently participated in guest media commentary panels on major news programs.
To learn more about Susan and her work, please visit the following sites:
SusanMurphy-Milano.Com
DocumentTheAbuse.Com
HoldingMyHandThroughHell.Com
Facebook….Twitter….LinkedIn

Holding My Hand Through Hell

Having read the book, I'll never be the same.

Peter,
I do not know Sussn but through your blog. I read the reviews and purchased her book.

Susan,
I have said a prayer for you and your family tonite and will continue to do so.

Tonight the news is evermore so very sad

When I read the other article I had to many emotions to define my feelings and thoughts into words. I have them now.
Susan, you are a beautiful woman. you define courage, determination and grace. thank you for your contributions meant to aid in creating a safe and peaceful environment for all. I am praying for you
Your footprints are stunning.