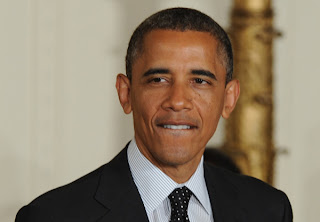 President Obama said, ""When Gov. Romney says that we should eliminate funding for Planned Parenthood, there are millions of women all across the country who rely on Planned Parenthood for not just contraceptive care, they rely on it for mammograms."

Note "millions" with the additional emphasis, of "all"  and "across" the country. These "millions" actually "rely" on Planned Parenthood to get mammograms, something needful and sensitive to women listeners.

This increased emphasis shows the need to persuade rather than report truthfully.

Planned Parenthood does not do mammograms, but simply refer callers elsewhere.  PP reported "thousands" of calls after this statement.
Peter Hyatt as Statement Analysis Blog at 9:03 AM

OT, Hobs here is that interview with Freddy Star..

They dont do them. They do refer. BUT they do help fund them. Let's be sure we tell it all.

P.S. I do not agree with the funding at all.

Personally, I prefer to listen to persuasive celebrities preaching that, if you vote for Romney, women will be forced to undergo painful ultrasound procedures.
*sarcasm*
Seriously, do the producers of this political propaganda BS really believe the majority of American voters are so ignorant as to believe any of this?
......apparently.
and, unfortunately, maybe we are... :(

I think there is quite a few red flags..

What would be the purpose in allowing funding to continue to pph if Obamacare were in effect?

It seems they currently use the funding in part to create referrals to other Dr's. Follow the $$ indeed.

Uggh I hate people who argue about Planned Parenthood and don't know a thing about it. Politician or no politician - don't you think that if the President is defending such an organization that he should have at least visited their website, let alone *gasp* a PP office? People decry Romney for not being up with women's needs but obviously the President knows nothing about them either. I also agree with the other Anon. If we have Obamacare, why would we need PP to have mammograms?

OT: Romney is getting schooled by our present leader(?) in how-to-deal with leaders(?) who detest you and everything you represent.
Yup, on the job training for the candidate.
Maybe we just aren't seeing the benefits of this debate debacle in the correct context.

Today, PP is most prevalent in African American neighborhoods and the #1 consumer of abortions are AA women. It's a genocide made palatable with hot pink signs and Sandra Fluke.

Their #1 "service" provided is ABORTION. Abortions drive clinic income, and in addition to this $$, our gov't gives them 1 BILLION each year. Over 50% of clinic income is from abortions.

You never hear the MSM talk about the deaths that occur when an abortion is botched and PP has to call 911 to transport the bleeding woman to a real hospital. It happens frequently since abortionists are the bottom of the doctor barrel. No real doctor would be caught dead doing abortions.

Obama was stupid to state that PP gives mammograms--but in fact PP bragged during the Komen debacle that they DID PROVIDE MAMMOGRAMS. Yes--they lied.

Wow, what an interesting view of PP. I am white & used PP when I was a college student, I have never heard that the place was an abortion clinic for black women. I used it to get annual exams & to obtain low-cost contraception. It wasn't free because I did have a small income & they charged what they thought I could afford ($20 for dr visit & $5/month for birth control pills) & I thought that was fair. Abortion was not on the list of services provided by the PP I visited. All the people I talked to there & all the literature they provided me was focused on women's health & family planning (contraception or healthy pregnancies). I am surprised that so many people associate PP with abortion - I knew where the abortion clinics were in town and PP was NOT one of them.

Romney = LYING TERRORIST SCUMBAG, which is why you're too scared to do statement analyses on him

I suspect that Obama simply misspoke, not being too clear on the difference between mammograms (which PP does not provide) and pap smears (which PP does provide). Women's preventive health services are not his area of expertise. Of course the statement was meant to persuade given that it was made in a public debate.

I have been reading this blog for a while and this seems to be really interesting and professional blog. Now I´m finding analysis of Obamas statements and not the other candidate Romneys. I´m wondering why? Is the person who keeps this blog against Obama? This seems very strange to me and makes me question the professionalism of this blog. Or maybe this is something I just don´t understand because I´ve lived in America such a short time. Can anyone explain this kind of behavior to me?

You're losing a lot of credibility with this. How nice of you to do some phony statement analysis on Obama but not one on Romney.