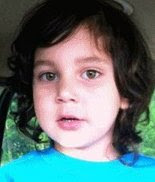 As the mother spoke, the national audience now knows why the child was taken into state custody by CPS.


The mother claimed Carnel called Anthony Bennet, the killer, "step dad" and they were making him into a "grown man."

As of this interview, the mother was still in a relationship with Bennet.

Nancy Grace:   Were you concerned about leaving your child with him?

Jaimee Chamberlain:    He said he loved me.

Her priority was not Carnel.  Her priority was herself.  She went on to disparage Carnel, and subtly blame his behavior while defending Anthony Bennett. When asked if he had a job, she blamed the two convictions and said, with the convictions, "no one will help him out."

Note her language; not that he would work, but no one, that is, others, would help Bennett.


Statement Analysis of the transcripts will be up tomorrow.  The interview by Nancy Grace raised a number of questions, including:

Did the mother blame Carnel, even in a subtle manner?

Peter Hyatt as Statement Analysis Blog at 6:37 AM

As in the murder case of Kassidy Bortner, her mother Amanda (who witnessed/covered for the brutal and malicious assaults on Kassidy) testified against Chad Evans (Amanda's BF) under grant of immunity. (see pg. 6 of:
http://www.chadevanswronglyconvicted.org/documents/120821JeffStrelzintoChadEvansforWebsiteallinclencl24pp.pdf

Jaimee might be offered grant of immunity for a lesser charge if the Feds seek the death penalty for Anthony Bennett.

Burial Ground?!!
My question is did the FBI release Carnel's body to be properly buried by the family or are they referring to the "dead opossum" burial of Carnel by his murderers under the porch?

Carnel's Hope For Tomorrow
October 4
Hello... We are working on a possible Memorial Garden of some sort (maybe with a special tree to be planted) with the tribe. They have agreed that doing something with the property (now a burial ground) is a good idea. I will keep you posted! This will be a beautiful place of honor for him. Already confirmed that close family will be honored to care-take the site! Other things are being discussed as well. Stay tuned... Carnel Forever... still in our hearts!

"Stay tuned..."
Like is this some freaking TV series?!!

"Carnel Forever"
No he was brutally extinguished.

"still in our hearts!"
More than you will ever know.