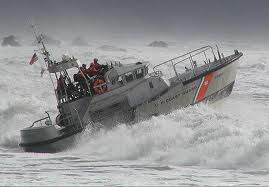 Last year, Coast Guard in NJ received a distress call in which they responded with searching.  There did not find anything.

He not only used his own experience, but asked that others keep records as well.  In my own work, I found this to be the case.
Please note:  The use of the number three as flagged is not part of the SCAN technique.
Note the very sensitive "why" here; telling us why they are taking on water shows a need to explain.  This is color blue due to high sensitivity of having a need to explain something.  There is no reason to have to explain in an emergency.
The change of pronoun is a strong indication that this was not real, but when adding in the number three, and the high sensitivity of needing to explain, there were strong signals of deception yet the Coast Guard had to respond, spending a great deal of money searching.
If the caller is found, the caller should be held financially responsible for this waste of tax payer dollars.
Peter Hyatt as Statement Analysis Blog at 8:52 AM

I picked up the change in pronouns, the need to explain why and that he didn't ask for help for victims and was willing to bail on them.
Anna

OT and I hate to be OT but couldn't figure out how to contact you directly Peter, this might have already been discussed if not please help my heart hurts for baby James

A New Hampshire mother and her boyfriend accused of inflicting horrific injuries on the woman's 3-year-old son continued to avoid capture Wednesday.

Police said they discovered the boy's injuries after he was treated at Exeter Hospital last week.

"No matter where you go, (police) are going to find you," Reams said at a news conference at Rockingham County Superior Court in Brentwood Wednesday. "Surrender yourselves."

Reams said the pair are likely traveling in a car and may have people helping them avoid capture. He said he has no reason to believe Dow is holding Linscott against her will.

Police said the pair may have been seen in Swampscott, Mass. Tuesday.

The boy is currently in stable condition, Reams said.

Anyone with information on the couple's whereabouts is asked to call Plaistow police at 603-382-6816.

"we have three deceased nine injured"
"Deceased" Is passive,we have three dead on board is more a natural thing to say.
He starts the call with who is and who is not dead and doesnt ask for help straight.
I would of started the call,
"there has been an explosion on boared and we need help"
3 being the liars number,9 is a miltiple of 3
We have had an explosion on board, that's why we're taking on water..

Change of pronoun from WE to I.
3 repeated again making it sensitive,he also has a need to tell us were he is.

I'm going to stay by as long as I can before I have to bail.

Strong use of the pronoun I,is he trying to portray himself as a hero?

I don't think a person in real distress would estimate the height of water in 1/2 feet, as in 3 1/2 feet.

This the only denial i can find by John Mcafee.

"I did not kill the man"

" McAfee said in the Saturday interview. "I did not kill the man and I had no reason to do so," he said, suggesting he had an alibi —

Peter can be found on FB

oh my fourth time trying to comment-for some reason iphone wasn't doing the job-okay so here goes on article-and audio of full call-by the size of the boat carrying that many people-caller should have reported he was either cap sizing or extreme list (sp)-never comes up-keep in mind caller knew what emergency channel to use-and that it was being monitored-also the phone caller reported to be on was solar powered
Coast Guard would know this as well
as in that would be easy to verify-there are not cell towers out there-either way-this call was taken seriously and the person who made it went to a great deal of trouble to make it and was from what I have researched at least in the water when he made it. Reading the snipped part is very telling however listening to the entirety of call is EXTREMELY telling. This caller is nautical-now leads this mind to why. Not happy about the why as it leads to hinky feelings as if this was an attempt for a future act planned. Let's hope not. Three thousand for reward seems a wee bit smaller than it should be considering the efforts made by rescuers. I KNOW THIS POST IS LAME-the first one was awesome(always is,no?) but it got lost out in the...internet cloud of nowhere. Thank you Peter for the article~! ~Jenniesdae (jmo)

"I'm in about 3 1/2 feet of water on the bridge right now"
If he was standing in water he would not need to say he was standing there 'right now'. That's extra/unnecessary information.

Also, the water's depth is odd. If he was standing in water he might rather describe the depth by saying something like: I'm in knee-deep water... the water comes up to my waist... etc.

We changes to I.

"I'm going to stay by as long as I can before I have to bail."
Sorry -- this is again just a feeling, not scientific: he sounds too sure. If he was in a real situation, he would be more likely to say something uncertain like "I might have to bail". It sounds like he's imagining.

The online search for fool-proof suffocation methods was conducted on a browser primarily used by Casey Anthony, WKMG reports.

The Florida sheriff's office that investigated Caylee Anthony's death says it overlooked a computer search for suffocation made from the little girl's home on the day she was last seen alive.

The oversight was first reported by Orlando television station WKMG. It is not known who performed the search.

The station reported it was done on a browser primarily used by the two-year-old's mother, Casey Anthony.

The girl's body was found six months after she disappeared.

Casey Anthony was acquitted of her daughter's murder in 2011. Her attorneys argued that the toddler accidentally drowned in the family pool and that Casey Anthony's father helped her cover it up.

You lot over there need to seriously abolish double jeopardy.

With advances in forensics if there is conclusive evidence of guilt such as a confession, forensic evidence and so on the suspect should be retried as we do over here.

As it stands casey anthony could stand outside a court house in front of the media and annouce she murdered Caylee and say how she did and why and she could not be prosecuted again.

If we can have retrials of defendants already found guilty because of appeals by the defence then surely it is only fair the prosecution get the same chance.

People like oj simpson, casey anthony, would be first in line.

Hi Peter, I'd be interested to hear what the community make of this suicide note from 5-time accused rapist Greg Peterson in Utah. http://www.scribd.com/doc/114297731/Greg-Peterson-s-suicide-note

Lots of things stuck out to me, at least!

Shawn Casey Adkins lol Peter Hyatt is a total idiot..Nothing he says even comes close to being accurate..He makes me laugh tho reading his theories and all. Peter Hyatt = Total Douche Bag..

In the linked YouTube excerpt of the call, the caller gives his last known position as "17.5 miles due east of Gateway National Recreation Area, Sandy Hook, uh, Point, I believe it was." This long location name rolls off his tongue quickly and almost flawlessly, but then he says "...I believe it was." So if it was really called Sandy Hook Bay, he didn't want to commit to "Point." But who cares in this situation? I would speculate something happened between the caller and some other party at this recreation area, and he's trying to get the other party, perhaps a group who were planning to sail that day, in trouble.

If he was "on the bridge" with any water near him, the boat would be completely unstable and he would be panicked since it would obviously be sinking.

"Deceased" is not a term I would use in an emergency... I'd be likely to say, "I think we have X who are unresponsive, x clearly injured and the rest of us are bailing like crazy!" I wouldn't be measuring water, but might say, "We are taking on water too fast to keep up - we may sink before you can get to us. Everyone has life jackets on and I've activated the EPIRB."

As a former USCG Auxiliary member I know they have to respond even if they doubt the veracity of a caller, but what a waste!!! Hope they find the guy - unlikely a woman would do something so stupid - and charge him $3 million for lying.

When I first read it, I thought immediately of bailing water, because he would have to put down the phone or hang up so he could use both hands to scoop the water in a bucket or operate the bilge pump.

Of course, it could have been a slip of the tongue. The caller, knowing it was a hoax, spoke of having to "bail", which sounds different than "jump overboard" or "get the lifeboats" or whatever. However, if the caller was familiar with nautical terms, he could have used "bail" in a nautical sense.

Interesting Sandy brought up the sex of the author- whether a woman would be stupid enough to pull this stunt, I don't know, I can't see any difference in stupidity potential in either sex, lol- but it made me realize that I did read this as coming from a male and didn't even think about it. Wonder why?

Actually, the story doesn't even make sense when looked at in its' entirety. The caller mentions 21 people on board but only accounts for 12 people plus himself.

Himself on the bridge, 3 dead and 9injured. No mention of the whereabouts of the remaining 8 people. Are they underwater, standing in water, there with him, just where ARE they? If he is standing in 3-1/2 feet of water and he is on the bridge, how did the water get up there, did it just jump onto the bridge but the body of the boat beneath the bridge does not contain any water such that they all would have drowned? See where I'm going with this? Makes no sense.

Neither does the 3-1/2 feet of water. Like the poster mentioned above, 3 AND 1/2 feet? How does he know this, does he have a yardstick handy so he has measured the depth of the water? Why not 2 to 3 feet, or 3 to 4 feet, why the precise measurement of 3-1/2 feet? Why not 'sinking fast, the water is already up to my knees'? Why wait until they are already in THAT much water before making the call?

Why wasn't the call made at the time of the so-called explosion? If there really WAS an explosion wouldn't the boat have already been taking on water and not just on the bridge? Then why haven't they already capsized? Is everyone to imagine they were listing to one side and all struggling to survive and this is his first chance to call for help? See? Makes no sense.

Again, there's the use of the number three, then trippled to nine (+), then all the uses of "we", but in the end it's only "I" who plans to bail out? Why not the REST of the "uninjured", that elusive 8, also bailing out? No mention of them or whether they plan to try to save the injured?

I really AM starting to believe there's a lot of merit to this statement analysis. REB