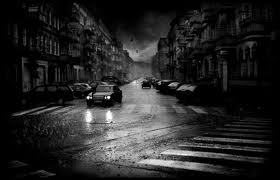 What do we look for in rape allegation statements?  As we let our pronouns guide us, we look for the pronoun "we", for example, in consensual acts.  We also follow our protocol for sensitivity indicators within individual sentences.

Here is the statement of the male.  He claimed the sex act was consensual. Is he truthful?  Is he accurate?  Remember:  a person can be truthful, sentence by sentence but still "done it."

What do you see in his words?

Statement Analysis gets to the truth:


"I put her clothes on and, um, and she and I walked outside and said our good-byes. I gave her a hug and told her I had a good time and she talked for a minute and then I left. I walked home."

Here is the statement again with emphasis added.  Statement Analysis is in bold type.   Put your findings in the comments section:

"I put her clothes on and, um, and she and I walked outside and said our good-byes. I gave her a hug and told her I had a good time and she talked for a minute and then I left. I walked home."

"Was she physically or psychologically impaired by the activity  and unable to put her own clothes on?

2.  He does not use her name, but the pronoun "her" in his statement.  This is indicative of distancing language, and shows the need to distance himself from her.

3.  "She and I" is missing the pronoun "we" which is the expected from such a claim.  "She and I walked" also gives the activity.  He could have said "we walked" or even the emphatic, "we walked together", but he did not.  The absence of the pronoun "we" is very important.  The word "we" indicates unity and cooperation.  He chose not to use it.

4.   Greetings and salutations in analysis.  The words "said our goodbyes" within a statement is indicative of the negative.  It is a 'phrase' ("our goodbyes") or a figure of speech.  How is it a negative in analysis?  We all say "I love you" and "good night" to our children, for example, but those who put it in their statements do so for the purpose of persuasion.  It is the need to explain that we view as suspicious.  Also the words of departure making their way into a statement in domestic homicide cases can signal the time of death.  It is to be considered a negative.  That this subject needs to tell us of these departing words is a signal of something gone wrong.

5.  "I gave her a hug" speaks only to his action, and this is another "missing we" in the statement.  "We hugged" would show unity and cooperation.  Its absence is noted.

6.  "Told"  Communicative language is always important.  He uses the word "told" rather than "said", making his statement a one-way communication.  We also note that he does not report what she "told" or "said" to him.  "Told" is authoritative and firm, while "said" is gentler.  "My boss told me to be at work on time" is firmer than "My boss said to be at work on time.  Also note the he does report that she communicated with him, but he withholds what it is she had to say.  Statement Analysis also notes what is not reported.

We look for a clue for missing information:

7.  "left"   Someone 'leaving' or 'departing' from a place is given the highest level of sensitivity in analysis (along with the reason 'why' someone did something) and is indicative of missing information which is 70% likely time related (rushing, traffic, wanting to get home, etc) but 30% likely sensitive and critical missing information.  Something happened when he was leaving that he does not want us to know about, yet, his mind is at the point of departure; therefore his words include the leaving of the place.  This may be where she said something to him that he does not want us to know.

8.  "I walked home" is a very strong statement and also likely true and reliable.  What is missing is how the victim got home.  Its absence speaks loudly to us.

Not knowing the female's statement, nor the physical evidence in the case, there is already enough, in just this portion of the male's statement, to indicate rape took place, and not consensual sex.  The victim was under his domain of control, that he put her clothes on, as she was in no shape to do anything for herself, including get herself home.

Peter Hyatt as Statement Analysis Blog at 3:48 AM

It is interesting to see the lack of unity with the missing pronoun "WE".

Yet the inclusion of the pronoun "WE" in alledged rape is also significant given that there wouldnt be any unity also.

"We" went in a car and i was raped,as stated above,why would there be unity if they clamed rape and or assault.

John, I have not read this analysis yet (haven't had time), but just based on the last few sentences of the analysis, and your comment, I wouldn't think the use of "we" would necessarily be an indication of deception by the lady in question in this case.

For example: I went out to dinner one night with a well known gentleman, a successful lawyer, first date. I had met him casually and professionally on many prior occasions. WE went to a classy restaurant and had a nice dinner. Every inch the perfect gentleman.

I had driven my own car. After dinner, he suggested that I come by and see his condo which he newly had professionally redecorated. I agreed and followed.

I parked nearby and WE went together into his condo. He mixed us a drink, we sat on the floor to listen to music, I don't remember why we were sitting on the floor; but there he forcefully raped me within a matter of minutes.

At first I fought but realizing his potential to physically harm me I gave up the struggle. I knew I could give him the ole payback later and DID in a very big way; but the fact is, the man DID rape me.

FYI, it never bothered me for one second as I knew I didn't lead him on nor was it my fault that he raped me. I forgot about it until I found my chance to even the score, and did. About a year later I whipped him like the dog he was. I cost him the loss of a VERY big $ client. haha. Hell hath no fury like that of a woman, especially one using her right mind.

The use of "we" in a rape statement is common, but after the point of the rape, the victim will not use the word "we" as there is no unity nor cooperation between victim and perpetrator.

Your explanation is a lot clearer,thanks for tidying it up. :-)